Trending
You are at:Home»Entertainment»Movies»Movie Review: “The Dead Don’t Die” 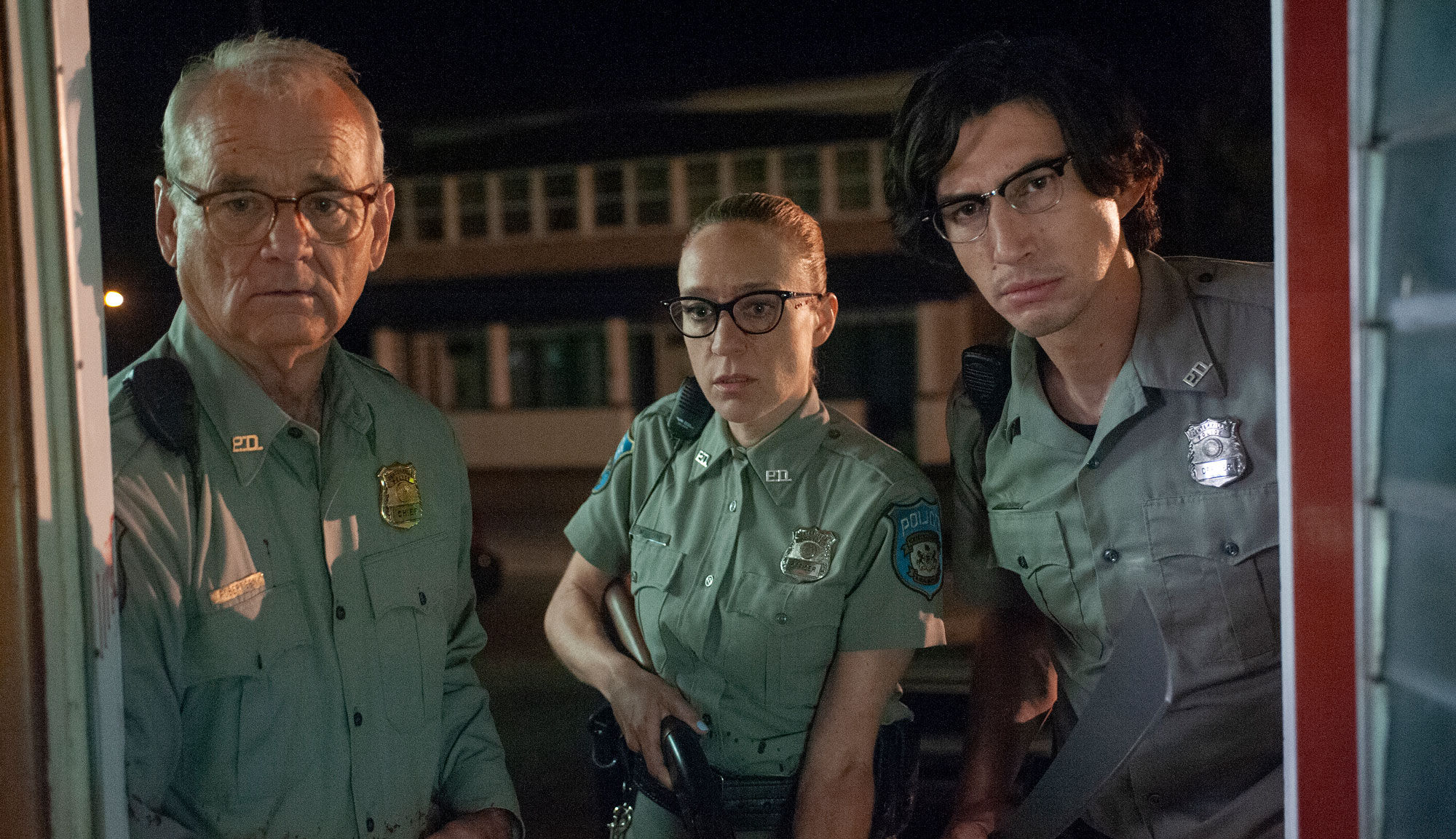 “The Dead Don’t Die” opens with a song of the same title from country artist Sturgill Simpson. It’s playing in the squad car of Cliff Robertson (Bill Murray) and Ronnie Peterson (Adam Driver), two small-town cops in Centerville, Pennsylvania who deal with the locals on a daily basis, from a wacky survivalist in the woods named Hermit Bob (Tom Waits) to the outwardly racist, MAGA hat-sporting Farmer Miller (Steve Buscemi). It’s nothing they can’t handle – that is, until a climate phenomenon causes the dead to rise (notable zombies include Iggy Pop and Sara Driver) and snack on some unsuspecting denizens at the local diner. Ronnie immediately suspects zombies, much to the derision of Cliff and their partner Mindy (Chloe Sevigny). But things are bound to get worse before they get better, as the undead menace soon affects the rest of the town, including the eccentric, samurai sword-wielding proprietor of the local funeral home (Tilda Swinton), the nerdy gas station attendant (Caleb Landry Jones), the owner of the hardware store (Danny Glover) and some “hipsters from the city” passing through (Selena Gomez, Austin Butler and Luka Sabbat). Everyone’s at risk, and it’s up to Cliff, Ronnie and Mindy to keep them safe.

This should have worked, right? It’s a zombie comedy from Jim Jarmusch starring a ridiculously cool cast – there’s no way it couldn’t work. So what went wrong?

I should note at the outset that Jarmusch has been making great films for pretty much his entire career, from “Down by Law” and “Dead Man” to recent classics like “Only Lovers Left Alive” and “Paterson.” This is not a director who’s lost his touch – not in the slightest. The tone of Jarmusch’s oeuvre, that disaffected cool that became the blueprint for a generation of aloof hipsters, has been imitated regularly over the years, but the original article has rarely felt stale. And initially, “The Dead Don’t Die” looks like it could be a fun, sardonic take on the zombie genre, juxtaposing the peril with the relative lack of energy and motivation in the victims. There are even some good design ideas to be found. The zombies flock to what they loved when they were alive, whether it’s coffee, toys or cell phones, and when they’re beheaded, they spout ash instead of blood or viscera, which is an effective bit of visual language that separates the movie from the other films in the genre. It’s plenty interesting for a good chunk of its opening, even if it stays resolutely in first gear.

What doesn’t work as well, however, is when the movie refuses to shift out of that first gear for the rest of its runtime. Maybe it’s too much to expect rising tension from something so purposefully low-key, but as these characters are put in mortal danger and don’t seem to care all that much about it, it starts to feel more like a Yorgos Lanthimos movie than a Jarmusch film. Lanthimos is always far more pointed in the way he utilizes monotone delivery, like some human play performed by aliens who don’t understand our emotions, but “The Dead Don’t Die” just comes off as, well, boring.

Waits feels like the biggest waste here. He acts so infrequently and has such a presence that the idea of casting him as the swarthiest man in history – a hermit who hides in the forest and observes events while making cryptic comments about their metaphysical significance – could not be a better fit. But in practice, everything is so dialed down and casual that he doesn’t really stand out amongst the crowd. Everyone seems rather untroubled by the mounting apocalypse, approaching the ravening dead with the kind of stereotypical middle-America “aw shucks” attitude (except Mindy, who reacts to the horror like a typical scream queen) that leads to Ronnie stopping in the middle of a machete spree to confirm that he used to play minor league baseball.

There are flashes of brilliance here, and most of them involve Driver, who continues to have a keen eye for selecting projects that allow him to stray just a little left of where you’d expect him to go. This effectively means that his scenes are the only ones where “The Dead Don’t Die” has a ghost of a pulse, but it’s all in service of nothing. It’s not like every movie needs to have some grand, unifying purpose, but this film seems so intent on leading to one that when it reaches its conclusion (if you can even call it that), it’s so limp that it feels like the worst kind of bait and switch. The result is like “Paterson” but without the charm – an incredibly odd slice-of-life movie that happens to have zombies eating people in it.

The film makes comments about climate change, fracking and (to a lesser extent) millennials, but it does so in a grumpy, get-off-my-lawn sort of way that for the first time makes Jarmusch feel like he’s been passed by. It causes this silly, low-stakes zombie comedy to come as oddly cynical and nihilistic – something that I’m sure Jarmusch would push back against, although the proof is on the screen. While “The Dead Don’t Die” isn’t the worst movie of 2019, it just might represent the largest gulf between expectations and quality.