Trending
You are at:Home»Entertainment»Movies»Movie Review: “Shaft” 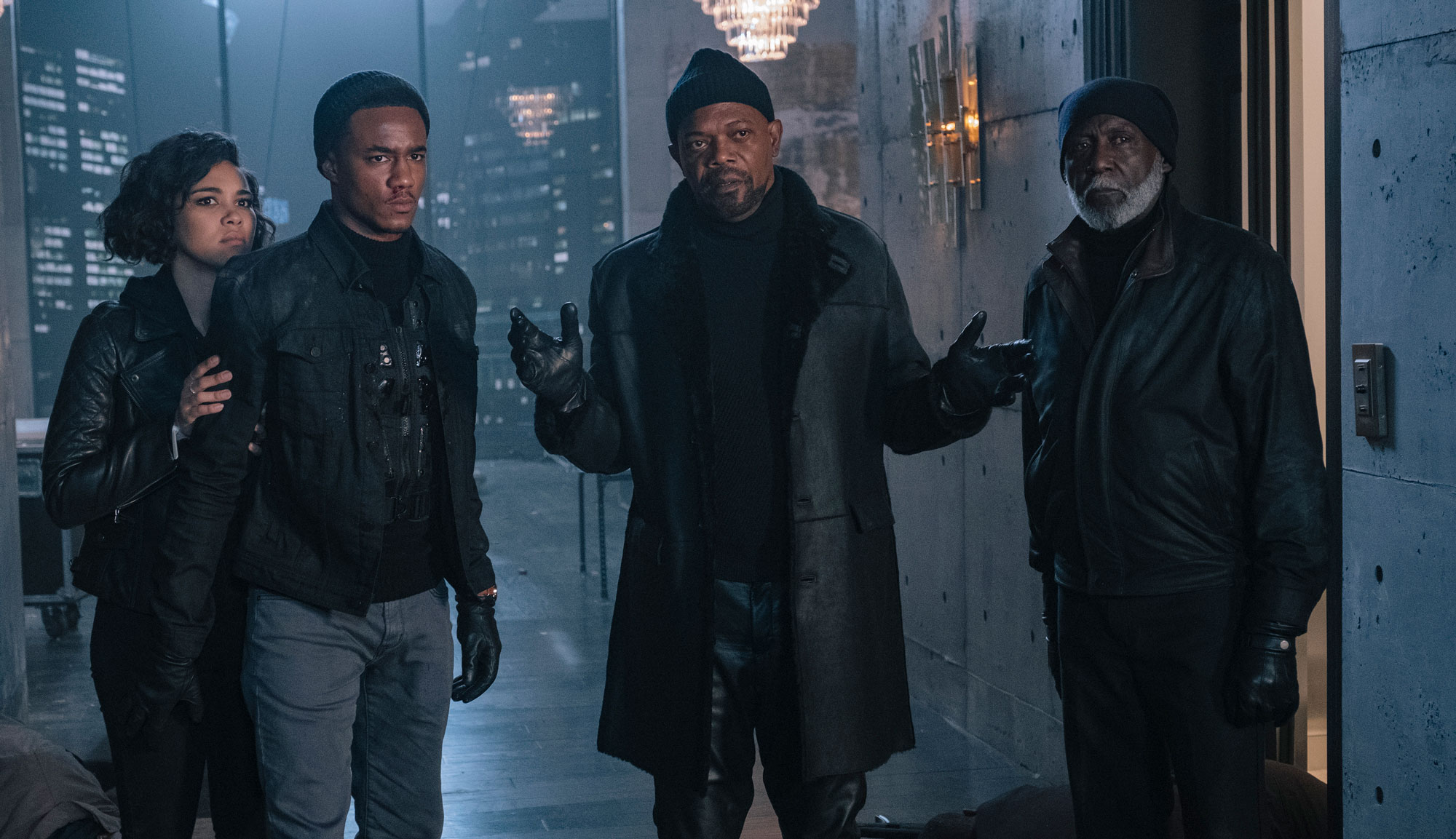 Why make a “Shaft” movie in 2019? We’re now nearly 50 years removed from the three Richard Roundtree films that birthed one of the defining blaxploitation characters and nearly twenty 20 years beyond John Singleton’s attempt to revive the franchise with Samuel L. Jackson in the title role. It’s a little odd seeing Jackson as the second generation of Shaft considering he’s only six years younger than Roundtree, but it’s hard to deny he fits the mold. This new iteration of the franchise from director Tim Story (of “Barbershop” and “Ride Along” fame) seems particularly random. The 2000 “Shaft” didn’t embarrass itself at the box office, but it also didn’t merit a sequel. It came and went, leaving little cultural impression in its wake. No one has been clamoring for another “Shaft” movie, yet here we are.

Much like Singleton’s film, this latest installment introduces a new generation into the Shaft family in the form of John Jr. (Jessie T. Usher) aka JJ, the son of John Shaft II (Jackson) and Maya (Regina Hall). He’s lived a quiet life estranged from his father and now works as a data analyst for the FBI. Upon returning to New York City, JJ is reunited with childhood friends Karim (Avan Jogia) and Sasha (Alexandra Shipp), but when Karim shows up dead due to a suspicious drug overdose, JJ is drawn into the seedy underbelly of Harlem as he tries to get to the bottom of things. He’s not a field agent, though, so he reluctantly seeks out his father to back up his brains with a bit of muscle (and a lot of guns).

This is very much a movie focused on the sort of folks who would have been around to see the original Shaft films when they came out back in the early ‘70s. Sure, the lead of “Shaft” is Jessie T. Usher, who is very much the anti-Shaft for much of the film, but it’s far more interested in molding him into the next Shaft than making him into his own thing. That makes most of the comedy squarely aimed at the generation gap between millennials and their elders, with gags about bougie exposed-brick apartments, coconut water and JJ’s distaste for guns. It all feels rather played out in 2019, a time when the concept of a “real man’s man” like Shaft is a bit behind the 8 ball, but the movie certainly doesn’t agree with that sentiment. The script by Kenya Barris and Alex Barnow is hyper-focused on this concept to the detriment of just about everything else. The exposition is dizzyingly half-baked – the kind of forced bricklaying that grinds the proceedings to a halt and squeezes all the fun out of it.

To the credit of Story, there’s quite a bit of fun to be found among the expository land mines. He seems like a logical fit for the franchise solely on the strength of his two “Ride Along” movies, a series of films about a tough-as-nails crimefighter taking a naïve, risk-averse acquaintance into all sorts of situations out of his comfort level – a concept that he grafts onto the world of “Shaft.” And he generally does what is needed, which mostly consists of getting out of Samuel L. Jackson’s way. There’s no denying that Jackson is entertaining and charismatic as hell, and he carries the film through its drier moments. Sure, it’s the same motor-mouthed tough guy role he’s been doing his entire career, but you stick with what works, and “Shaft” is certainly aware of that. A lot of the jokes don’t work on the page, but Jackson’s delivery and facial expressions sell the bits far more than they deserve. It’s amazing that we’re 25 years out from “Pulp Fiction,” but he’s as good at this as he’s ever been. That’s vital, as there’s absolutely nothing to the central mystery, and the action scenes are repetitive shootouts without style or substance. Usher and Shipp show promise from time to time, and it’s always nice to see Matt Lauria in a small role, but everyone is usually just gasping for whatever air Jackson leaves behind.

In practice, a movie that is likely meant to be a passing of the “Shaft” torch to a new generation of fans is far too obsessed with the older generation to comfortably build its bridge into the future. The result is an odd sort of relic – an undeniably fun and often funny movie that seems like it should have come out a year after the last Shaft film instead of nearly two decades. The world has changed quite a bit in those 19 years, but Shaft is still resolutely rooted in the past, far more content with taking jabs at the new era than reconciling with its own mortality. There’s nothing wrong with a silly, comedic action pastiche, and Jackson is arguably worth the price of admission on his own, but too much energy is spent on trying to carve out a future for these characters without making it mean anything. “Shaft” feels like a time capsule opened too late – an intermittently funny action movie that ends up being too disposable to be worth much of anything.