Trending
You are at:Home»Lifestyle»Something about casinos in Vegas or Atlantic City 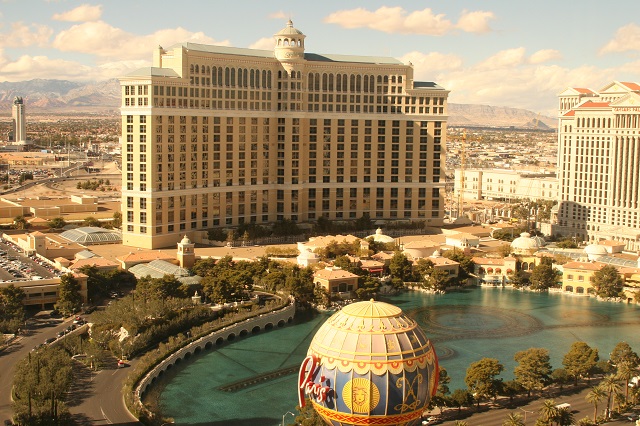 The glitz and glamor in Las Vegas and Atlantic City cannot be compared to any other place in the world. Some of the best casinos in the world are found in these two cities but people make a mistake of thinking that gambling is the only livelihood their residents depend on. Although almost everything revolves around entertainment, especially in Las Vegas, different properties excel for different reasons and there are even resorts where gambling is strictly prohibited. Nevertheless, if a good casino is all that you are looking for, you will be spoilt of choices in the two cities. A large number of wagering joints ensures that you get the value for your money as each casino is alert to the fact that you can always move to the next.

To begin with, most casinos in the Atlantic City do not spread single- and double-deck games. The most common ones are six- and eight-deck. Several casinos also have a publicly displayed warning that those players who don’t agree to present a card can only bet one hand and not more than $100. There isn’t any casino in Las Vegas with such a rule displayed publicly. If you are a fan of Blackjack, Atlantic City casinos will disappoint you as they do not have many variants. The most common ones are Double Attack, Spanish 21 and Blackjack Switch whereas, by January 2018, Las Vegas was reported to have 16 variants in blackjack. However, Atlantic City casinos have unique table games that can be attributed to them. The Four card and Criss Cross Pokers are spread there and neither of the two has ever made it to Las Vegas. Furthermore, Flop Poker and Caribbean Stud are more favored by gamblers in the Atlantic City. Finally, if you are looking for the best online slot games to win, both cities can comfortably serve your interests.

Perhaps what is most popular about Atlantic City is the idea of casinos on the boardwalk. Although Casino Online platforms are the trend, gamblers still seek the holiday feel that the boardwalk along the ocean provides. Most of the seven major casinos in this city are strategically located on the boardwalk. In fact, a few of them such as Caesars Atlantic City and Bally’s Atlantic City are just a stone throw away from each other. Borgata, a joint undertaking between Boyd Gaming and MGM, is the largest casino/hotel in the Atlantic City. Boasting of about 161,000 square feet in size, the casino has more than 4000 machines for playing slots and its poker program is respected throughout the world attracting events such as the World Poker Tour. There are also hundreds of table games to choose from.

The equivalent of the Boardwalk in Vegas is ‘The Strip’ which is a popular road stretch having around forty casinos. It is found in South Las Vegas Boulevard and it is usually crowded throughout the year. Vegas hosts the second largest hotel in the world, MGM Grand which is also the largest casino there. Slot machines are more than one thousand in number in the casino and they offer a great range of denominations, from $0.01 to $1000. Table games such as Craps, Blackjack and Pai Gow are also available in large numbers and it is up to the gambler to decide. Again, in MGM properties, single-zero roulette tables offer the la partage rule. This means is that for every odd/even, red/ black and high/low bet (Bets with even returns), if the ball happens to stop on 0, half the bet is given back. Double-zero games, on the other hand, are not subject to the la partage rule in all casinos in Vegas.