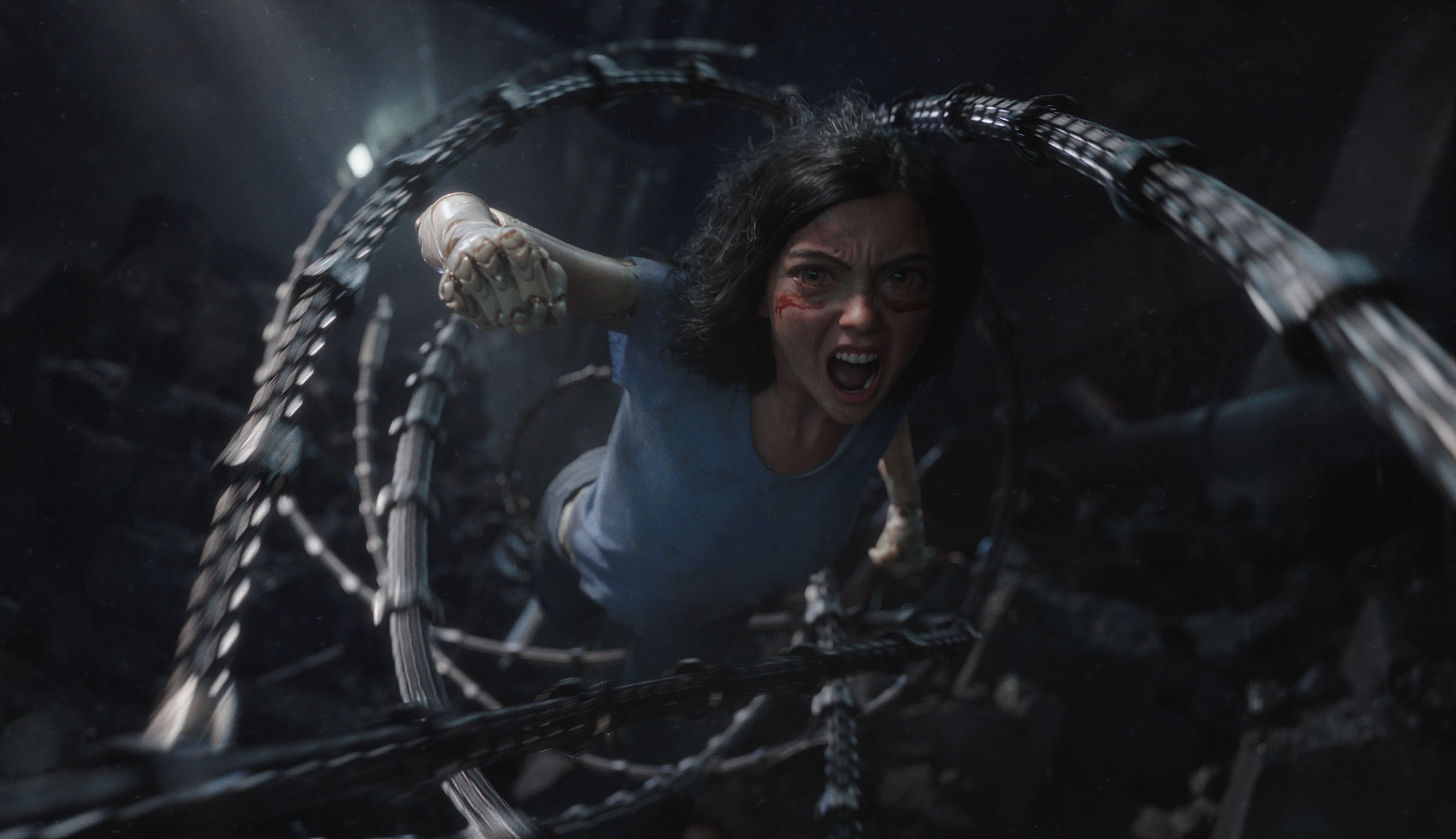 As studios place more emphasis on blockbuster franchises and expanded cinematic universes, the skill of worldbuilding will be in high demand. Worldbuilding is a storyteller’s ability to efficiently lay out the rules and framework of a particular fictional world. It’s something that’s used most commonly in the science fiction and fantasy genres, setting expectations while also subtly showing the ways it is commenting on current world politics or social situations. It’s very hard to pull off without dumping too much exposition all at once in a manner that feels unnatural to the story being told. Robert Rodriguez’s new film, “Alita: Battle Angel,” excels at worldbuilding, perfectly executing the futurist idea of “favela chic” while setting up a rich tapestry of a post-war society. Unfortunately, that’s about all it does really well. Besides a few good performances, the movie is a bland waste of time that squanders a ton of potential.

More than 500 years from now, long after a cataclysmic war between Earth and an alien force, people live in the shadow of a floating utopia called Tiphares. The only flying city left after the war and a relic to aristocratic abundance, Tiphares towers over Iron City, where the majority of the last remnants of the planet have gathered. Cybernetics and robotics have become a part of life as people augment themselves for work, battle, sport and crime in order to compete over the scraps left to them by the elite. When Dr. Ido (Christoph Waltz) discovers an impressive and impossibly advanced cyborg body with an intact human brain in the junkyard under Tiphares, he restores the young woman to life and names her Alita (Rose Salazar). Though she has no memory of where she came from, she has inexplicable abilities far beyond anything else out there – abilities that Iron City’s corrupt ruler (Mahershala Ali) would like to acquire for his own purposes.

“Alita: Battle Angel” is a project that has long been gestating in Hollywood. Based on the manga (and anime) by Yukito Kishiro, it was picked up by James Cameron for him to direct before he got lost in the jungles of Pandora. Cameron did co-write the script along with Rodriguez and Laeta Kalogridis, and after many years of false starts, the movie has arrived in theaters. Despite near-constant action sequences and feigns at a deeper meaning, “Alita: Battle Angel” is painfully boring and utterly shallow without any real work being done on characters or even maintaining plot coherence. The goals of the movie (uncover Alita’s past, go to Tiphares, defeat a villainous cyborg, compete in the futuristic blood sport Motorball, stop the villain’s nefarious plans, etc.) are ever-changing. If handled well, this would have been an impressive way to continually alter the stakes while expanding the universe, revealing layers of threats and possibilities. In the case of this film, however, it just feels scatterbrained, as it constantly shifts what audiences are supposed to care about so everything feels like a distraction from every other pursuit. This also limits character arcs because viewers aren’t sure exactly what these people want out of life except vague notions of something better.

The action, which should be the bulk of the movie’s entertainment, feels far too weightless and cartoony to land with any impact. This isn’t just because of the level of CGI used, but also because there isn’t enough to establish actual pain or damage or really any rules that let viewers know that cutting off a particular cybernetic limb is a big deal. Waltz and Salazar do a good job with the limited script and imbue their characters with some sort of inner light and charisma, but every other character is a bland husk that isn’t memorable or interesting in any way. The love story feels particularly awkward given that, for all intents and purposes, the amnesic Alita is only a couple days old when Keean Johnson’s Hugo starts making out with her.

“Alita: Battle Angel” looks far more polished and accomplished than anything Robert Rodriguez has made up to this point. Most likely due to the involvement of James Cameron, the film feels like less of a ramshackle production than Rodriguez’s recent work. But all of those movies, however deeply flawed, had character and a unique style that made them charming in their own way. “Alita: Battle Angel” looks incredible and moves like a blockbuster film, but it has nothing truly appealing or singular about its storytelling. It makes no attempt to put in the work to connect with audiences emotionally and instead goes through the motions of what other epics have done before. The movie creates an impressive and well-thought-out world with beautiful production design but then populates it with hollow characters and a boring story. For a film about thrown-away parts achieving greatness, “Alita: Battle Angel” ends up being an assembly of broken clichés that never come together into a satisfying tale.