Trending
You are at:Home»Entertainment»Movies»Movie Review: “Welcome to Marwen” 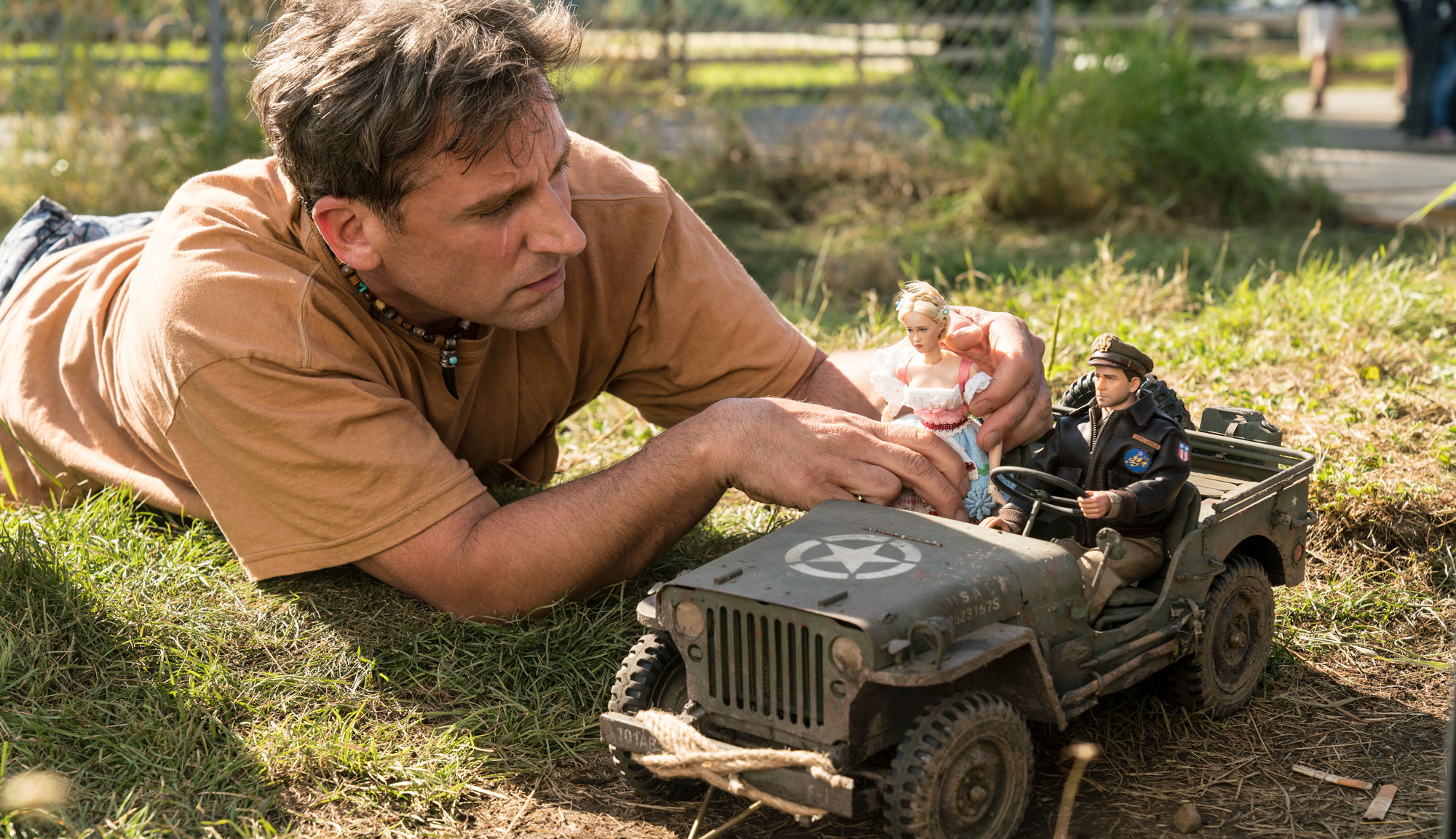 It might be a bit telling that “Welcome to Marwen,” the new film from Robert Zemeckis, was not screened in time to be considered for many end-of-year critics awards. You’d think that if Universal had faith in it, they would have pushed for it hard. It has plenty going for it, including a big name like Zemeckis, a lead actor in Steve Carell who has been lavished with praise since embracing more dramatic roles, and a true story about a man who creates an intricate world out of dolls to escape past trauma. People should be lining up to see this, right? So why did Universal keep it under wraps? What are they hiding?

Carell plays Mark Hogancamp, an illustrator who barely survived a savage beating that has left his memory in tatters, his talent with a pen gone and his psyche damaged. He’s withdrawn into the fantasy world of Marwen, a fictitious World War II-era town in Belgium where he is transformed into Hogie, a butch, handsome and brave GI who takes on the Nazis alongside the town’s denizens, a gaggle of women dolls created from real-life acquaintances (including Merritt Wever, Janelle Monáe, Gwendoline Christie, Eiza González and Leslie Zemeckis) he has met throughout his life. When a new woman, Nicol (Leslie Mann), moves in next door, he quickly takes a shine to her and integrates her into the town. But his struggles, which are manifested as an evil, witchy vixen doll named Deja Thoris (Diane Kruger), continue to haunt him, and an impending sentencing hearing where his public statement could ensure his assailants are put away for good is proving to be too much for his fragile mind to endure.

The hook of “Welcome to Marwen,” featured heavily in the film’s trailers and promotional materials, is the way Zemeckis brings the tiny doll world of Marwen to life. Using extensive (and pretty darn impressive) computer-generated effects, he turns Carell and the ladies of Marwen into living dolls, complete with Barbie-esque features, hinge joints and plastic bodies. It inhabits that uncanny valley in a way that Zemeckis seems so fond of doing (see also: “The Polar Express,” “Beowulf”), but there is some charm to be found in the throwback war propaganda style mixed with feminist empowerment that these sequences play with. Their link to the reality of Mark’s situation is often tenuous at best, but there is at least a little bit of thematic resonance there. Unfortunately, the script (by Zemeckis and Caroline Thompson) and many of the artistic choices seem to be completely at odds with the story “Welcome to Marwen” is trying to tell.

The whole thing has a strange, often predatory sexuality that masquerades as feminism in a most odious way. We barely have a sense of the real women who spawned their Marwen counterparts; Monáe and Christie each get only one flesh-and-blood scene as a wounded veteran and a crazy Russian caregiver, respectively (and the less said about the real version of the French doll, the better). Wasting talent of Monáe’s caliber is borderline criminal, because she’s been so good in her handful of movie roles thus far.

Most of the women are put into a position to pity Mark, most importantly Mann, who is constantly forced to endure his inappropriate doll-based advances without feeling capable of standing up for herself due to his disability. It’s unclear if the rampant sexualization of these characters in doll form is meant to be cute or endearing or some commentary on Mark’s specific proclivities, but the fact that this is up to interpretation is a serious problem with the script, especially with its faux feminist overtones that ring hollow every time a doll’s shirt is ripped off for laughs. The script is just a colossal mess, unsure what it’s trying to say but strangely confident about it nonetheless. And that’s not even taking into account what this film says about mental illness.

The moral of “Welcome to Marwen” appears to be that you can overcome mental illness and post-traumatic stress disorder if you just try hard, don’t seek help from mental health professionals and eschew medication. There are no social workers or therapists to be found anywhere, and Mark’s pills are demonized. This is a tremendously and harmfully reductive take – one that sees Carell’s character rewarded with a date and a newfound comfort in being himself, all delivered in the most nauseatingly schmaltzy way possible. It’s Zemeckis at his absolute worst, claiming to be inspirational when all it manages to do is say all the wrong things. And Carell continues to be dizzyingly miscast in movies like this, incapable of conveying the emotion needed for the role without devolving into overly mannered tics and outbursts. “Welcome to Marwen” is not only one of the worst films released by a major studio in 2018; it’s also one of the most offensive. We would all be better off if this movie did not exist.