Trending
You are at:Home»Entertainment»Movies»Movie Review: “Overlord” 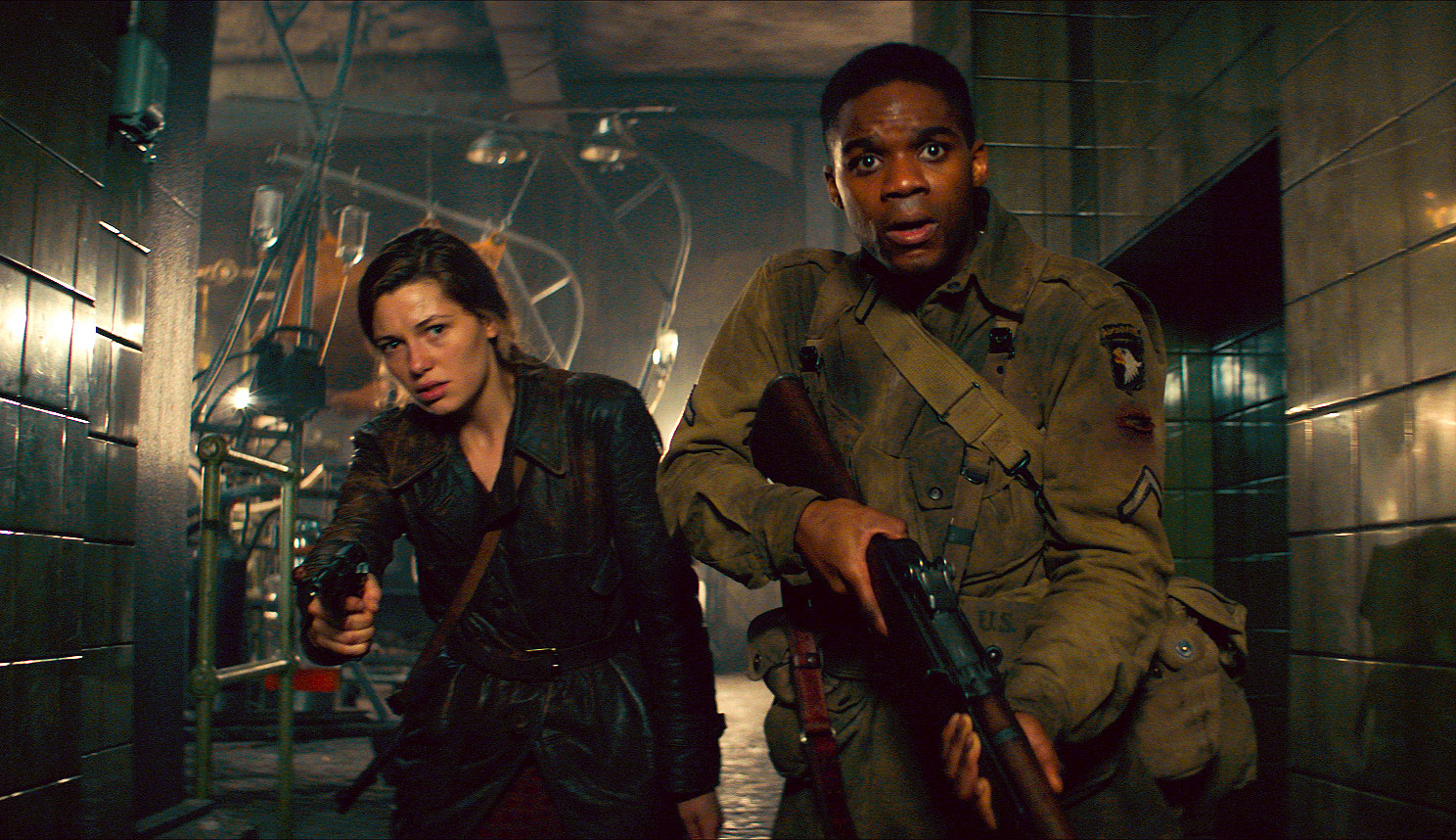 While there are happy accidents and small goofs that end up on screen, the vast majority of what people see in a film was done on purpose. It was planned out from script to production to editing, with each moment intentionally included in a specific way. In a good movie, these decisions reflect strong collaboration and informed choices to deliver the most impactful way of telling the story and creating a mood for the audience. In less than good cinema, these inclusions can be baffling and even pull the viewer out of a movie. “Overlord,” directed by Julius Avery from a script by Billy Ray and Mark L. Smith, makes a few very strange decisions that don’t seem to have a good reason behind them. The film is fine as a paint-by-numbers, men-on-a-mission World War II movie before becoming a goopy monster fest in the end, but there is too much odd pacing and awkward reliance on boring tropes to live up to its full potential.

On the eve of D-Day, a squad of paratroopers is sent to infiltrate a French town and disable a radio tower to ensure that the Nazis can’t warn their soldiers about the Allied attack. Boyce (Jovan Adepo) is nervous and uncertain if he can carry out killing people, even if they are intent on killing him. Meanwhile, Ford (Wyatt Russell) is a battle-worn soldier newly added to the squad due to his explosives knowledge and only has the objective of destroying the tower in his sights. They and the rest of the squadron meet Chloe (Mathilde Ollivier), a resident of the conquered French village, who leads them to the Nazi leader, Wafner (Pilou Asbæk), and the horrible experiments he’s conducting on the townspeople.

“Overlord” feels like a video game movie. That’s not to say it’s an adaptation of a particular game (though viewers that have played “Wolfenstein” will certainly find some similarities), but instead, it works like a video game played on the big screen. There’s the bombastic opening that sets the scene and introduces all of the characters, and then the film is paced between what feels like missions and cut scenes. There is a covert mission to get into the town, then a “cut scene” where Chloe explains what is happening, then an escort mission, and so forth and so on until the movie’s intense climax. This alternating between exposition and the big action moments is a little odd, as a better film would have integrated the two so that the fighting is a more natural extension of the characters and plot.

The other element that makes “Overlord” feel like a video game is that it rests on a lot of tropes from WWII films. This is traditionally done in video games as shorthand to allow for a brief understanding of the situation before immersing the player into the story. In a film, though, it’s a strange and deliberate choice that feels stale and ruins whatever authenticity the actors bring to their characters. No moment or character feels entirely new, even when it moves from a competent (if well-worn) men-on-a-mission movie to a castle siege full of fairly tame monsters. The monstrous creations feature some good practical makeup and are interesting and exciting, but they’re used far too sparingly and introduced too late into the film.

Still, “Overlord” has some good moments that shine through the overused clichés and make it more entertaining. Russell is absolutely channeling his father Kurt in “Escape From New York,” and it’s another fun, pulpy performance from the actor. Ollivier is given lots to do to prove she’s a badass along with the men, and she handles herself nicely among the testosterone-fueled bravado. And of course, it’s always fun to see Nazis undone by the Allies, especially when they include a black man, a Jewish man and a French woman.

“Overlord” isn’t an original idea, whether borrowing from old video games or the many B-grade horror movies that came before it. Too much of it feels on the rails and far too familiar to truly be engaging and fun. There are moments that are entertaining and well-executed, but they’re too few and far in between, awash in old tropes that should have been retired by now. Avery and the rest of the creative team embraced these tired elements and purposefully chose to include them, not for subversion’s sake or even a commentary on something, but simply as a way to evoke some sort of remembrance or familiarity. It’s an incredibly odd decision that undercuts their other efforts and will leave audiences confused as to why the film was made in the first place.