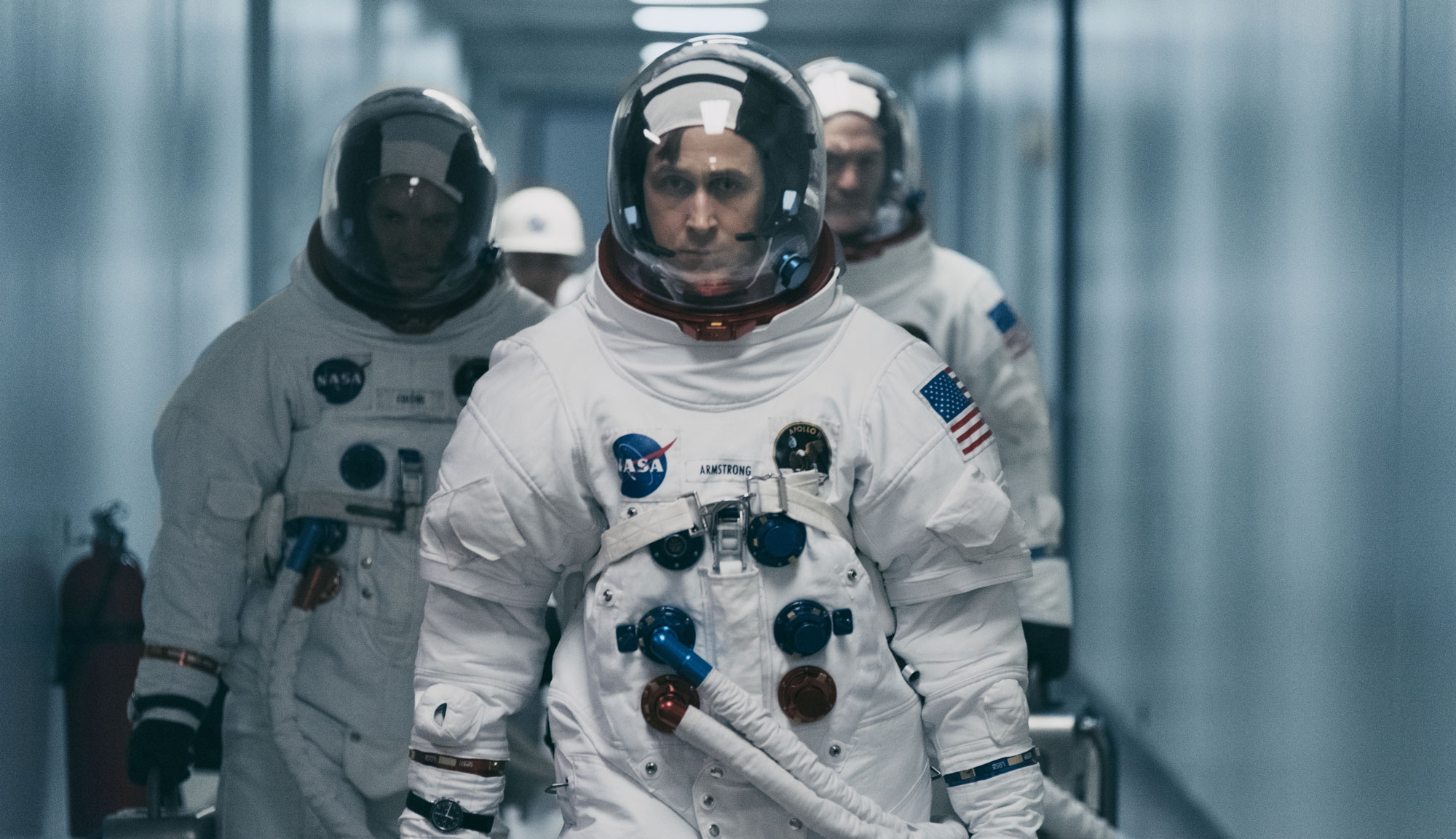 It only took two movies for Damien Chazelle to become one of the biggest deals in Hollywood. “Whiplash” was the little Sundance movie that could, winning more Oscars than “Boyhood,” “Foxcatcher” or “The Imitation Game.” “La La Land” became one of the most anticipated films of 2016 en route to 14 Oscar nominations (including Chazelle’s first Best Director statue) and a healthy backlash from many in the critical community. Despite the protestations of some over “La La Land,” which might have been ameliorated by the “Moonlight” debacle, there’s still no question that a movie with Chazelle behind it is going to be a big event.

So with that under consideration, imagine the increased anticipation that comes from his newest project, “First Man.” A classical sort of Hollywood biopic, “First Man” is the story of Neil Armstrong (Ryan Gosling) and his life leading up to the Apollo 11 mission that successfully made him the first person to set foot on the moon. The film follows Armstrong’s life from an acute family tragedy and his early days as a test pilot to being brought into the fold as a full-blown NASA astronaut and his involvement with the Gemini and early Apollo missions prior to taking the reins for Apollo 11. We see him bond with the other astronauts in and around Houston (Jason Clarke, Patrick Fugit and Lukas Haas, among others), while his wife Janet (Claire Foy) struggles to hold down the fort as her husband constantly risks life and limb.

There’s no doubt that you think of music when you think of Damien Chazelle. His three features prior to this are soaked in music. They’re movies about musicians and the power of the art they create. That makes the choice to follow up “La La Land” with “First Man” perhaps a bit odd. It’s the first time he’s directed something he did not write himself and his first movie almost entirely divorced from music. Granted, Armstrong is a bit of a closeted Gilbert and Sullivan devotee who wrote musicals in college (the sort of flourish that sounds like a Chazelle embellishment if it weren’t true), but that’s background color at most.

Sound, though, plays a key role in the film. There’s a claustrophobia to the space travel of “First Man” that we didn’t see as much in the likes of “The Right Stuff” or “Apollo 13.” The cramped, dark cockpits creak and groan under the pressure of atmosphere, rattling and pitching like they could rip apart at any second. It’s abundantly clear that these flimsy sheets of metal are the only thing standing between the astronauts and oblivion, and you can see that tension in their eyes as they hope these aren’t the last moments of their lives. Chazelle’s scoring partner, Justin Hurwitz, marks their fourth collaboration with his best work to date. He has a lot of fun here, punctuating the music with 1950s science-fiction Theremins and other flourishes that make it stand out in all sorts of odd ways.

Chazelle continues to work with old standbys like Tom Cross (who won an Oscar for editing “Whiplash”) and director of photography Linus Sandgren as well. Sandgren’s cinematography is awash with close-ups, putting the onus on the actors’ eyes to tell their stories and sell their characters. When things go wrong in the cockpit, Cross and Sandgren work together to forge a dizzying and disorienting cyclone of light and dark, spinning away into the inky blackness. “First Man” is at its best when it doubles down on these moments, highlighting the horror and uncertainty of pioneering space travel. Chazelle’s perspective eschews the adrenaline junkie/rock star ethos of “The Right Stuff” for something quieter and far more solitary. Friends die, wives are widowed, and no one really knows what’s going on up there, especially the astronauts themselves. This isn’t about the balletic grace of anti-gravity.

In the end, “First Man” is a bit of an oddity in Chazelle’s young filmography, but it is in no way a failure. As a space story, it stands in contrast to the rest of the whizbang ‘60s NASA fare, though it suffers a bit trying to flesh out the stories on the ground. (Foy is very good without much to cling to, and this isn’t the first time that a Chazelle film has struggled with the quality of its female characters). But even though the scenes on the ground don’t always engage, they do provide a necessary foundation for Chazelle to take us to the stars. Sound in the film matters just as much when it’s absent as when it’s present, and the silent awe of the climax is the stuff big screens are made for. Nevertheless, “First Man” isn’t just about the rousing final blow of the space race – it’s also about this one man of quiet dignity faced with the enormity of what was once impossible.