Trending
You are at:Home»Entertainment»Movies»Movie Review: “Bad Times at the El Royale” 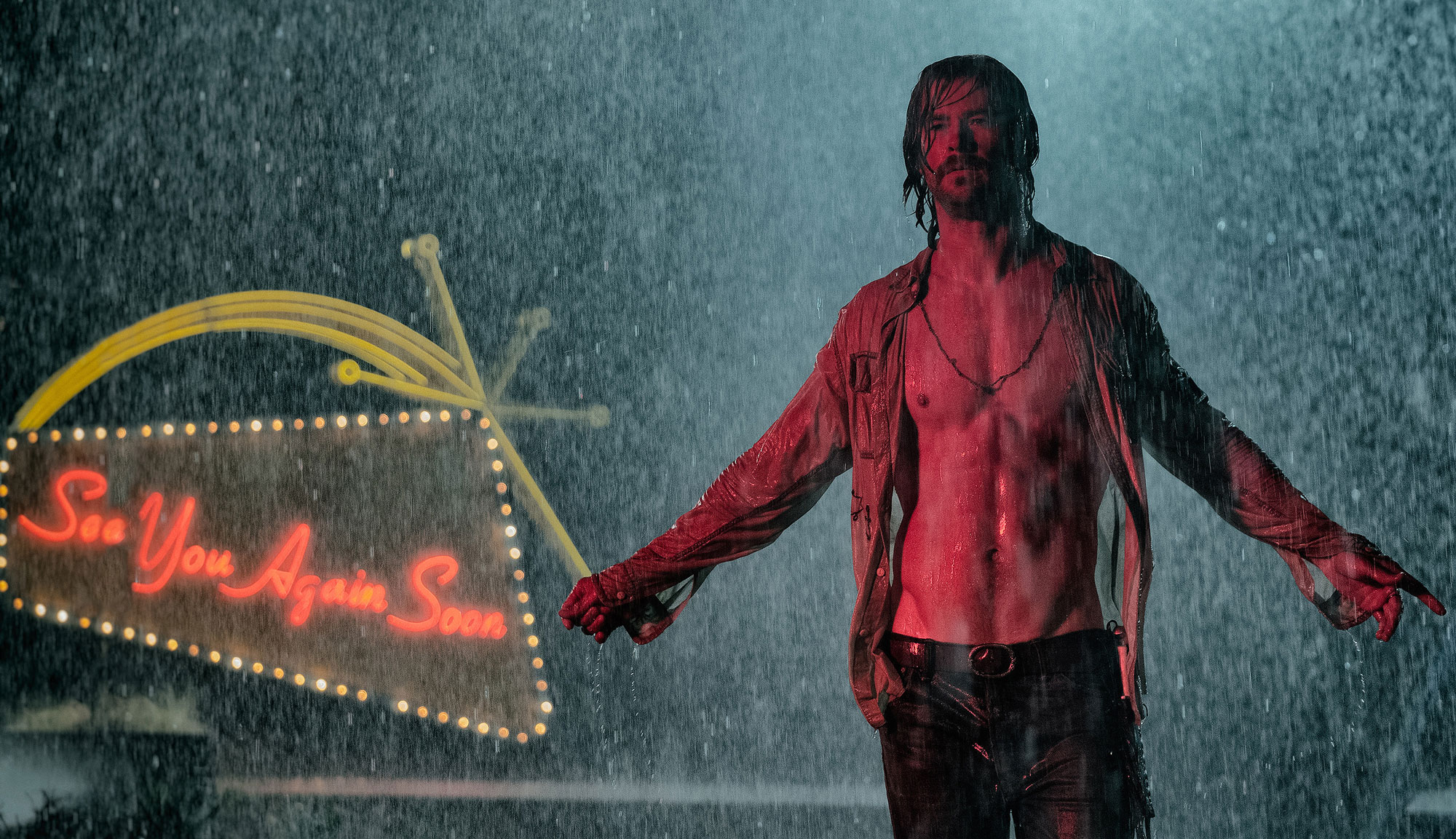 One of the most alluring ideas baked into the American Dream is that the past isn’t predictive of the future. The theory goes that anyone, regardless of their station in life, can work their way to being successful and prosperous within society. It no longer matters who your parents are or where they come from – with enough hard work and a bit of luck, people can be anything they want. Of course, the truth is not as simple as that promise would hold. There still remain many socioeconomic predictors and barriers that discourage members of society from experiencing the same levels of success as others. The disparity between advantages offered to different classes is staggering and hinders that ability to break free from cycles of poverty or other weights of the past. The question of how much the past foretells the future is very much woven into all of the stories in “Bad Times at the El Royale.”

Written and directed by Drew Goddard, the film is a throwback to the quirky noirs of the ’90s following the success of “Pulp Fiction.” Disparate stories collide in surprising ways to create an explosive mixture of sex, violence and Motown that leads to lots of memorable moments and performances. The film is hurt by its narrative structure, which requires a bit of stammering pacing by design, but it’s ultimately a fun ride that is well worth the price of admission.

In 1969, a hotel sits on the border between California and Nevada. Four guests check in to the mostly forgotten inn, each with an air of shadow and mystery about them. There’s Laramie Sullivan (Jon Hamm), a Southern vacuum salesman with the gift of gab; Darlene Sweet (Cynthia Erivo), a young singer looking for a fresh start in Reno; Father Flynn (Jeff Bridges), a doddering priest who takes the room next to Darlene; and Emily Summerspring (Dakota Johnson), a tough woman with few words and a lot of attitude. The young, addled concierge (Lewis Pullman) checks each one in and gives them their room keys. As the night progresses, and a storm settles over the hotel, the secret pasts of each guest are slowly revealed, along with the mysteries of the hotel itself.

By its very structure, “Bad Times at the El Royale” has a stop-and-start pacing to its storytelling. As each guest is spotlighted, combing through their past before moving the present narrative forward, that momentum is put on hold to shift focus to a different guest, and the process repeats itself. This segmented approach feels very literary, like something from a cool paperback novel from the ’60s or ’70s. It also feels very much like the winking, too-clever-for-their-own-good batch of films that thrived in the mid ‘90s following Quentin Tarantino’s “Pulp Fiction.” Movies like “Things to Do in Denver When You’re Dead,” “Killing Zoe” and “Suicide Kings” all have similar gimmicky and flashy approaches to telling a story that rely more on conventions of pulp literature than conventional thriller scripts. This makes “El Royale” an occasionally frustrating movie, as there is so much resetting. When you factor in the third-act “twist” involving Chris Hemsworth’s cult leader, which is earned but still a major tonal shift, there are some basic structure issues that detract from the fun of the film.

When it’s not mired in that narrative architecture, however, “El Royale” is a blast. Full of vibrant colors, exciting performances, crackling dialogue and memorable characters, it’s an engrossing movie that has a great sense of tone. All of the different elements work well with each other in depicting one fateful night when these storylines collide at this particular hotel. Bridges, Hemsworth and Johnson are very enjoyable in their roles, filling the screen with so much personality and alluring intrigue. But the true stars of the film are Erivo and Pullman, who run the emotional gamut as Darlene and the concierge, respectively. Erivo has a moment that is chilling for how real it feels, as well as how much it resonates in such a clear manner. “Bad Times at the El Royale” is filled with many surprises, but none more than Erivo’s impeccable singing voice being matched by her astounding acting ability.

While it’s true that the past is prologue, that doesn’t make it an atlas of where to go next. Everyone carries their past with them wherever they go – the lessons learned, defeats suffered and victories enjoyed – but the dream is that the next step will be a better one. “Bad Times at the El Royale” finds people at a crossroads as they attempt to square up with their previous lives and plot a course for a different tomorrow. In doing so, Drew Goddard has crafted an engaging meditation on identity and the burdens of mistakes that’s wrapped up in a fun, pulpy tale full of action and quippy dialogue.