Trending
You are at:Home»Entertainment»Movies»Movie Review: “A Star is Born” 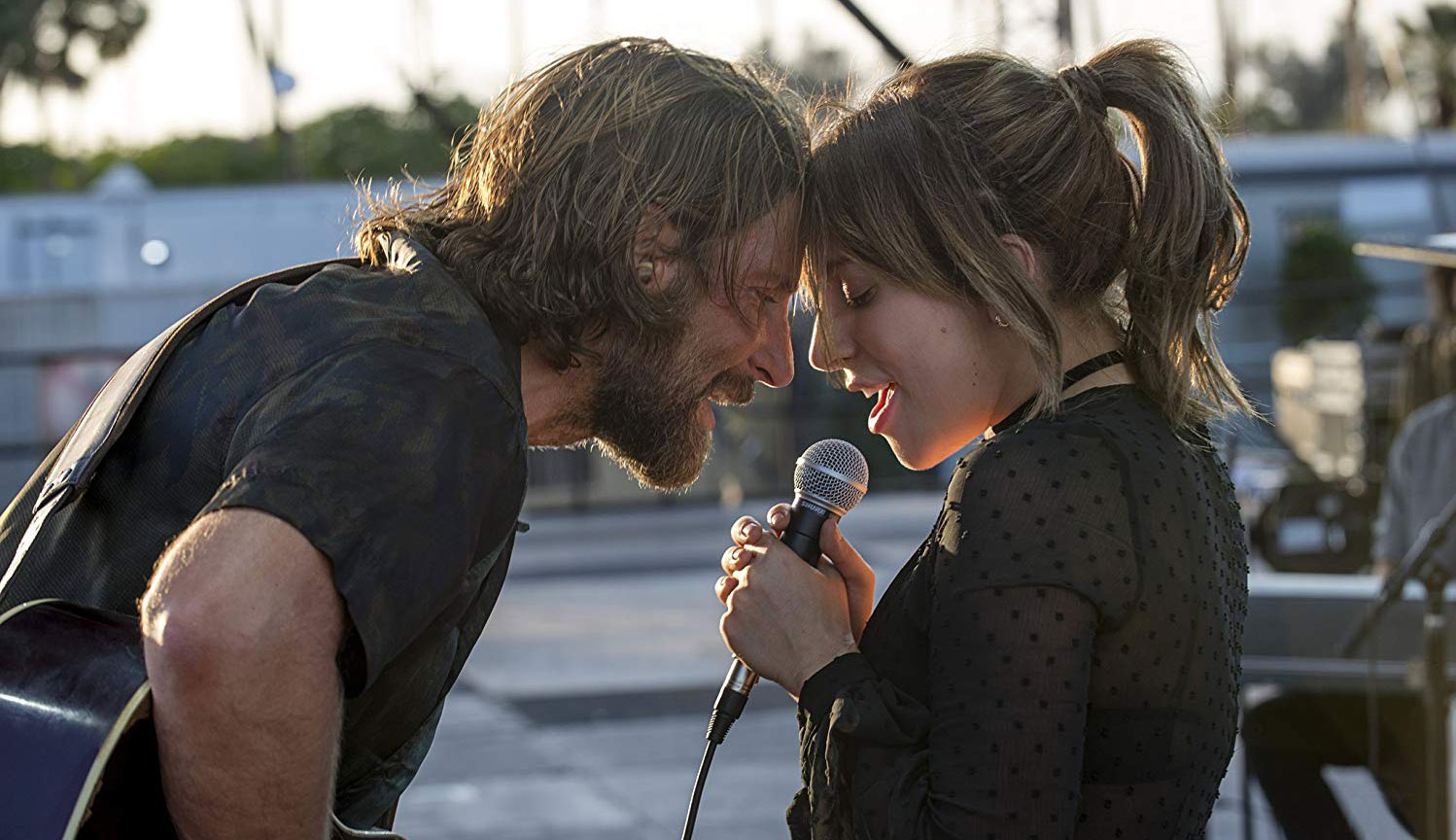 There are few Hollywood institutions quite like “A Star is Born.” Originally made in 1937 with Janet Gaynor and Frederic March, the movie has become a sort of film culture time capsule, dug up with regularity to be reshaped and reimagined in the cinematic language of the time. In 1954, it was Judy Garland and James Mason. In 1976, it returned with Barbara Streisand and Kris Kristofferson. It seemed likely that this would occur every two decades, but the 90s came and went without its rendition of the rags-to-riches and riches-to-rags story, and it looked as if “A Star is Born” would be relegated to history. Enter Bradley Cooper, who parlayed his continually rising Hollywood cred (and Oscar nomination for “American Sniper”) to bring back “A Star is Born” by directing, producing, co-writing and starring in it himself.

Cooper is Jackson Maine, a country arena rock superstar in the mold of Garth Brooks or Blake Shelton. He stumbles from city to city in a haze of booze and pills until he happens upon Ally (Lady Gaga) singing Edith Piaf in a drag bar. She’s a waitress whose dreams of being a singer have been dashed by her looks (an absurd concept for anyone who’s ever seen Lady Gaga) despite the encouragement of her best friend (Anthony Ramos of “Hamilton” fame), but Jackson sees something special in Ally and takes her with him on the road. What follows is a whirlwind romance that sees Ally sign a big record deal and become a pop star while Jackson slips further into the whirlpool of his vices. As her star rises, his falls. Can their love weather the storm of their professional careers’ opposing trajectories?

This is very much a remake of the Streisand/Kristofferson “A Star is Born,” making it the second straight adaptation centered around the music business compared to the acting-centric 1937 and 1954 versions. The big question mark, then, is Lady Gaga, who has acted before but never on this scale and with this much riding on her. Obviously, her singing talents are both on full display and unimpeachable; her rendition of “La Vie en Rose” is a barnstormer, the sort of performance that would result in record executives lining up around the block to sign her. “Shallow” will undoubtedly win the Oscar for Best Original Song. Outside of these moments, Gaga does hold her own, though the script doesn’t do her a lot of favors by hiding some of her character’s big decisions between the lines (she initially rankles at changing her appearance and hair color, but the choice to give in and go through with it is off screen). It’s hard to say whether she has a long-term acting career ahead of her, but her work here is promising.

Cooper’s side of the story is the standard hard-boozing, hard-pilling rock star life – nothing you haven’t seen before from the likes of “Walk the Line” and most VH1 “Behind the Music” episodes. He is quite good here, having lowered his register as deep as it can go to a low grumble, one that sounds not unlike the man who plays his comically older brother, Sam Elliott (yes, it’s explained). His role is the more outsized, which in some ways makes it the easier of the two to play. He gets all the big, flashy moments, like collapsing on stage during a performance and punching his brother in the face over a family dispute. He has a soulful core, one that’s often obscured by his failings, but never truly lost even as his life is. His performance in “American Sniper” is likely still his career highlight (for a film that does not deserve him), but this work shows that he is a dynamic and impressive actor.

As a director, Cooper’s work is acceptable if a tad unremarkable. He’s made the shrewd choice of bringing on cinematographer Matthew Libatique (famous for his collaborations with Darren Aronofsky), though he might have been able to utilize his talent more. Overall, the camerawork is somewhat spartan, though he does a fantastic job contrasting the enormity of the spotlight with the intimacy and personality of live performance by keeping the action on the stage and never straying or offering a wide shot from the crowd. These moments are kinetic and powerful and the highlights of the film, but they serve as a contrast to its quieter moments, which lack the dramatic urgency needed to take “A Star is Born” to the next level.

“A Star is Born” is not the revelation that many claimed coming out of the fall festivals where it premiered. The script is a tad overstuffed, raising ideas and plot points that don’t see satisfying conclusions, though there’s plenty of time to do so. In the end, it’s perhaps both a good and bad thing that Cooper never strays from his lane. It makes for an adequate directorial debut, but it also makes for a film that is not particularly capable of transcending its material. What results is a perfectly acceptable drama with some great songs and performances but little more. Cooper’s working with training wheels for his first ride out; it’s a classical story with classical story beats and a good way to get behind the camera and tell a cohesive narrative. Here’s hoping he has something more challenging up his sleeve for round two, because “A Star is Born” hints at some potential behind the camera.