Trending
You are at:Home»Entertainment»Movies»Movie Review: “The Predator” 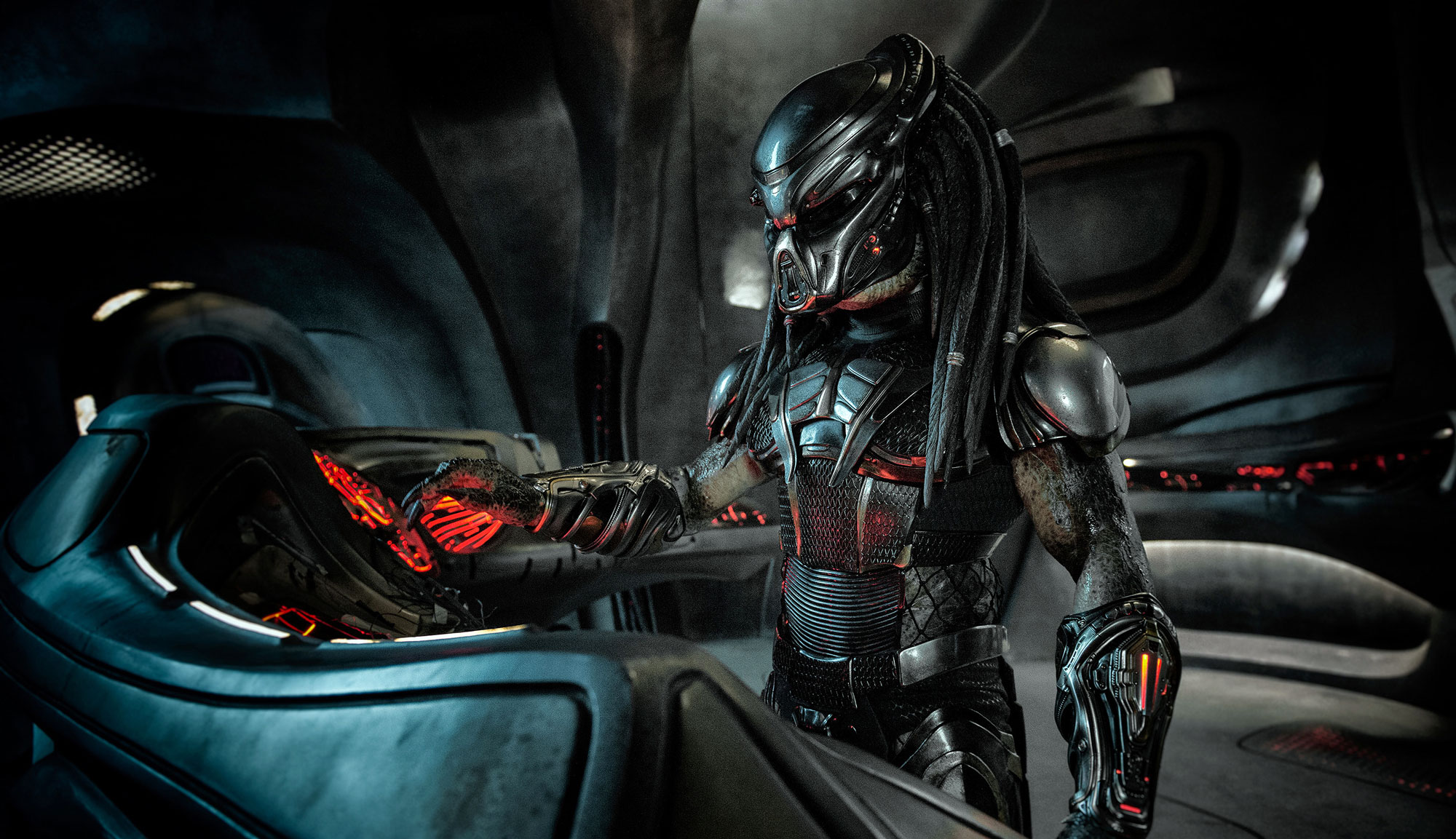 Shane Black has always loved a good team-up. From his screenwriter days (“Lethal Weapon,” “The Long Kiss Goodnight”) to his foray into directing (“Kiss Kiss Bang Bang,” “The Nice Guys“), Black has shown an affinity for having seemingly disparate characters come together in a complimentary way to battle sinister forces. His latest movie, “The Predator” (co-written with long-time collaborator Fred Dekker), has a plot element about hybridization that makes this long-running theme more than just subtext. It also works as a pretty good metaphor for the film itself, as this entry in the sci-fi action franchise feels like a combination of John McTiernan’s “Predator” and Tony Scott’s “The Last Boy Scout.” It’s a fun time complete with cool characters spouting funny lines, fast pacing and some enjoyable action sequences, but it’s not perfect. Nevertheless, it brings together two different vibes in order to deliver an entertaining genre flick that feels like an extension of the 1987 original.

During a rescue mission in Latin America, sniper Quinn McKenna (Boyd Holbrook) witnesses a Predator crash-land in the jungle and dispatch the rest of his unit. Government agents (headed by Sterling K. Brown) arrive to grab all the evidence, including the creature, and cover up the incident by saying that McKenna is crazy and blaming the deaths on him. Evolutionary biologist Dr. Casey Bracket (Olivia Munn) is brought in to examine the specimen while McKenna is sent off with a group of other soldiers (Trevante Rhodes, Keegan-Michael Key, Thomas Jane, Alfie Allen and Augusto Aguilera) who have been labeled as mentally unwell. All of their paths cross when multiple hostile entities go searching for some missing evidence that McKenna sent to his son Rory (Jacob Tremblay), a young child with Asperger’s and a penchant for pattern recognition, and it’s up to the unlikely cadre of misfits to stop the carnage from spreading.

All of Black’s classic script elements are in place and work well in “The Predator,” including the swaggering tough dudes with a sense of vulnerability facing serious threats, flawed father figures and lingering paternal issues, and the oddball turned useful hero. These have been a part of Black’s filmmaking DNA since he began in the ’80s. However, it’s unfortunate that the blocking, choreography and editing of that decade wasn’t applied to many of the film’s fight sequences. The majority of action beats rely too much on quick cutting and ill-defined geography that temper how exciting and impressive they could be. It’s made more pronounced by the handful of scenes where it is executed well. This is similar to the fact that both practical effects and CGI are used to show the aliens, with the practical bodysuit looking far superior and more tactile and threatening than its computer-generated counterpart.

“The Predator” also has some clunky narrative steps where conflicts happen unnecessarily and feel like they’re merely extending the movie’s running time (or squeezing in a few extra gunshots and punches). But for the most part, the film moves at a very quick and natural pace, bouncing between multiple groups of characters and dispensing exposition in an entertaining way. In vintage Black fashion, it’s the characters and dialogue that truly shine; everyone gets a good quip, there are multiple scenes of hilarious banter between the broken heroes, and there’s a sense of tough guy bravado that isn’t undercut by the flaws but somehow makes it that much cooler.

Munn, Rhodes, Brown and Holbrook all stand out with great lines, cool hero moments and a real sense of lived-in personas. Audiences will enjoy hanging out with these characters and listening to them talk, threaten and joke with each other for 100 minutes. There’s a rhythm and cleverness to it all that is truly unique among other screenwriters. This makes it very engaging and easy to go along with throughout, even during those dodgier moments.

“The Predator” is not a great movie, but it is enjoyable. There’s a throwback feel to parts of it – through the “men on a mission” motifs, the liberal use of gore in action sequences and in the pithy lines that characters throw at each other – but there are also more modern touches like meditating on PTSD, as well as CGI and distracting editing. Like all of Black’s work, it’s ultimately a team-up film centered on the idea of teaming up. Apart and alone, none of these characters would be able to accomplish much, but combined, they find a true strength to work against a common enemy and achieve a greater good. Black and Dekker may not have delivered a profound film, and it doesn’t reach the heights it could have, but it’s still a very entertaining time at the theater that will leave audiences smiling and laughing amidst the carnage.