Trending
You are at:Home»Entertainment»Movies»Movie Review: “Skyscraper” 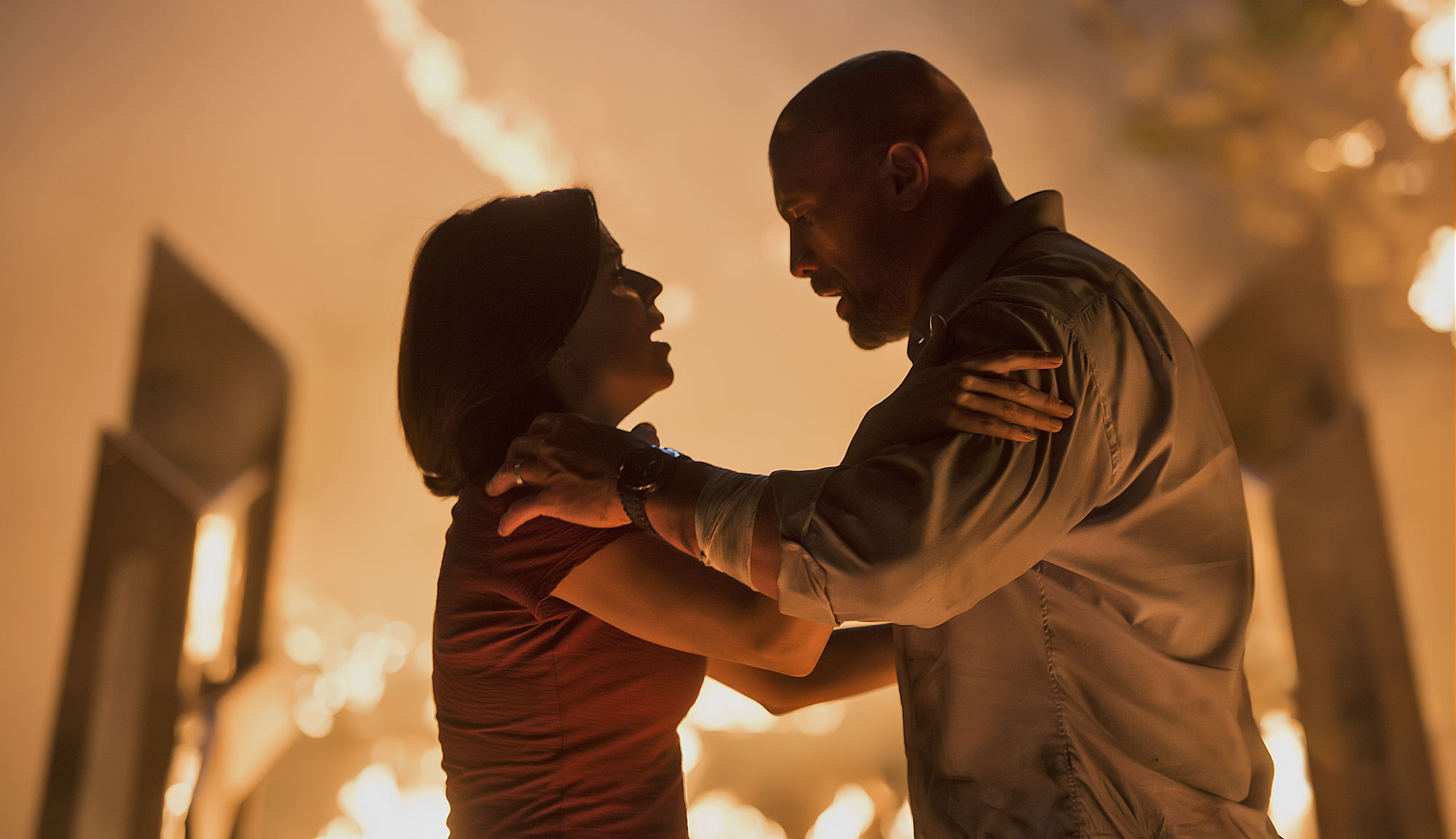 “High concept” is a term that is thrown around a lot when it comes to movies, usually as a way of describing the plot. The simplest definition is an idea that is easy to communicate to audiences. So to sell people on a movie like 1989’s “Leviathan,” it becomes, “‘Alien’ but underwater.” People take basic concepts or stories that are popular and make small tweaks to sell it to audiences everywhere. “Skyscraper,” written and directed by Rawson Marshall Thurber, is another high-concept blockbuster that combines “Die Hard” with 1974’s “The Towering Inferno.” The film is a solid action vehicle for star Dwayne Johnson with many strong sequences and impressive performances by its leads. Though “Skyscraper” is somewhat hobbled by a need to telegraph every story turn as well as some poorly shot fight scenes, it is filled with several crowd-pleasing moments that should delight viewers.

Will Sawyer (Johnson) is a former FBI agent who, after a botched raid resulted in the loss of his leg, decides to start a family and embark on his own private security consulting company. Will, his wife Sarah (Neve Campbell) and their two children are in Hong Kong where he’s working on inspecting and approving the security measurements of the newest and largest skyscraper in the world, the Pearl. The brainchild of Zhao Long Ji (Chin Han), the Pearl is a giant structure that towers over the city filled with shops, a park, apartments and a few other features. As Will is finishing his inspection, the building comes under siege by a team of criminals who seek to retrieve something from Zhao. Unfortunately, Sarah and the kids are still inside the building, and it’s up to Will to somehow get in to the giant structure and save the day.

The best thing that “Skyscraper” does is work very hard to make Dwayne Johnson seem mortal. That may sound odd, but through the various “Fast and Furious” movies and other projects that he’s done, it’s easy to forget that he’s not some Olympic demi-god able to solve anything with a properly timed bicep curl. Much like “Die Hard” before it, the script takes great pains to demonstrate the issues that Will faces and the fact that he suffers from every bruise and bang he accrues in his terrible night. Johnson does an excellent job presenting himself as a more vulnerable person; he has a different physicality that highlights the limp from his prosthetic but also has a much more timid presence since he’s “laid down his sword,” as he says. That approach really grounds the action in a human place and helps sell the stunt sequences, whether he’s trying to leap into the giant building or scale around a ledge at unimaginable heights. Johnson and Campbell are both really solid in their roles as regular people caught up in an insane situation, and they get plenty of opportunities to shine both physically and dramatically.

The action is mostly very good, with a nice blending of large sets and CGI to sell the precarious situations in which the Sawyer family finds itself. Whenever it’s dealing with navigating the increasingly horrible fire at the Pearl, “Skyscraper” shines best and is very engaging. Unfortunately, anytime there’s a fight, the film loses a bit of its shine. The fight choreography is actually pretty inspired and grounded, which should make it engaging to audiences, but it’s lost underneath some very bad cinematography (with a constantly moving camera) and many unnecessary edits. Considering that the director of photography is Robert Elswit (who has captured incredible images in his storied career, most notably for Paul Thomas Anderson), this would appear to be a directorial decision, and it hampers the movie a bit.

The other issue with “Skyscraper” is that it constantly announces story beats before they happen. It’s a very fine line to walk between seeding narrative elements and telegraphing what is about to unfold, but far too often there is an emphasis put on certain elements of the plot or mechanics of the building that feels like Thurber turning to the viewers and saying, “Keep this in your back pocket for later!” In fact, there’s one part early on that could have just been summed up by having the characters say, “And this is where we’ll be spending the action climax of the third act.” Yes, many action blockbusters are on the rails, and it is not a genre known for twists or surprises, but there is a real sense of a foregone conclusion that tampers any exhilaration of what will happen next.

“Skyscraper” is a high concept movie that perfectly synthesizes two previous blockbusters into an original and fun film on its own. It has a lot of exciting moments and impressive stunts, but all of that is shouldered on the character work that writer/director Thurber puts in to emphasize Will and Sarah’s humanity. There are a few places where it could be improved, but mostly, it’s the kind of enjoyable summer blockbuster that once littered the multiplexes. By never losing its focus on what matters to viewers, “Skyscraper” is able to rise above pedestrian action fare.