Trending
You are at:Home»Entertainment»Movies»Movie Review: “The First Purge” 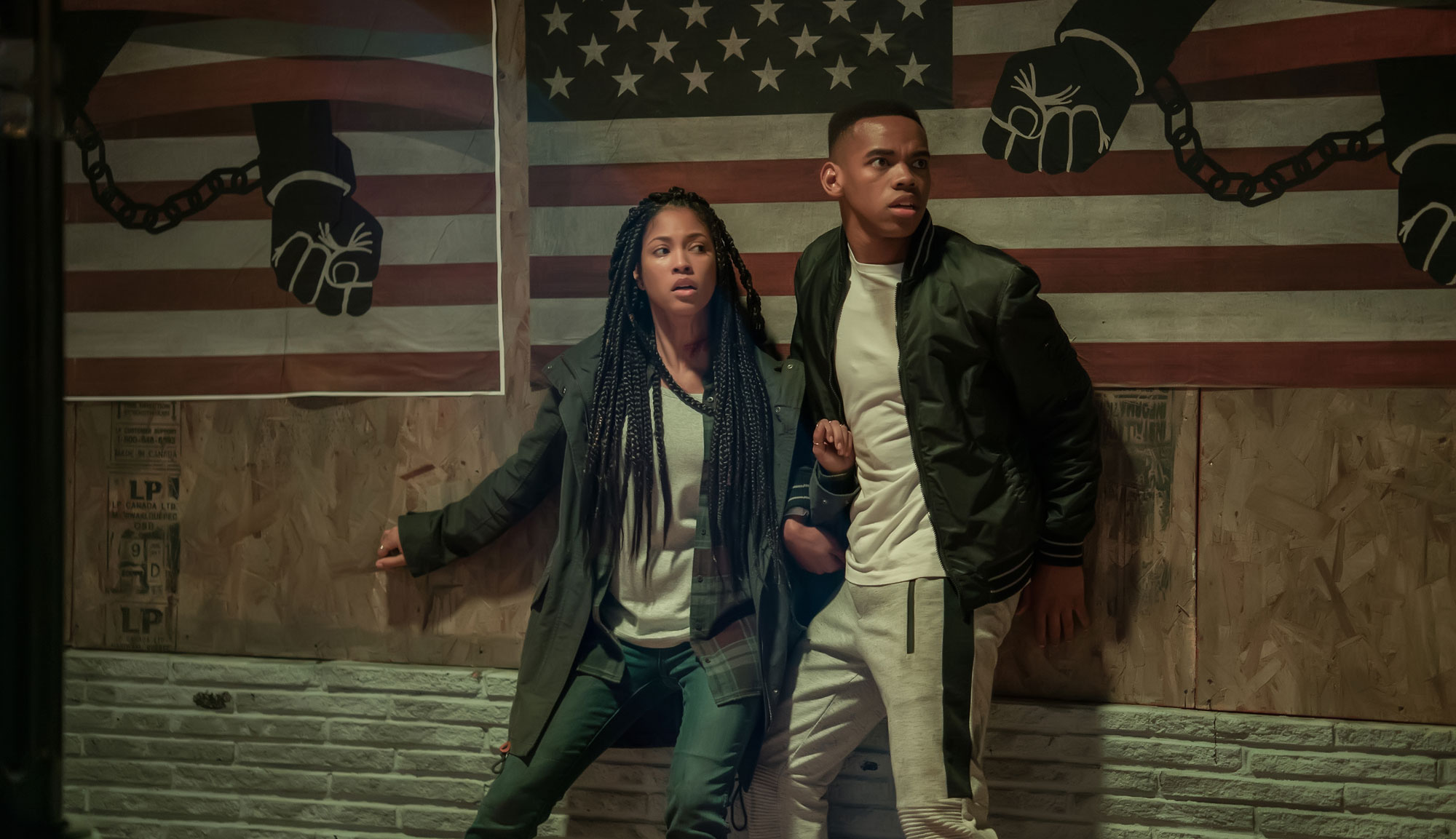 There are large swaths of movies that are simply okay. They’re mostly entertaining but still have multiple flaws, and while they aren’t incredibly ambitious or genre-defying, many elements are executed well enough. These films aren’t very memorable, but they’re a fine way to divert oneself for a couple hours. “The First Purge” is one such movie. There are good performances and clever ideas, all fueled by a strong allegory of class and racial inequality, but there is also a lot of squandered potential with weak dialogue, poor cinematography and lack of thematic cohesion. Directed by Gerard McMurray from a script by series veteran James DeMonaco, “The First Purge” is a fine entry in the ongoing franchise, but it never hits the heights that it promises.

Set in the future (but years before the events of the first “Purge” film), Staten Island is preparing for an experiment. After economic and social upheaval has led to the formation of the New Founding Fathers, a radical political party whose members have been elected to some of the highest offices in the country, they are ready to try out a daring test on the geographically secluded location. For one night (12 hours), all crime will be legal on Staten Island, with participants being paid incentives to remain on the island and offered more if they “participate” in the festivities. Nya (Lex Scott Davis) is an activist and believes this so-called Purge is racially and economically biased against disadvantaged communities. Meanwhile, her ex-boyfriend and current gang kingpin, Dmitri (Y’lan Noel), doesn’t trust this government initiative and is planning to hunker down with his money, drugs and crew and wait out the night. As the sirens go off and the body count rises, it becomes clear that something is off about the event and there is a hidden agenda to the bloodshed.

“The First Purge” continues the grand tradition of “Purge” movies being okay while leaving so many promises unfulfilled. There are strong facets in this film but also a lot of stuff that isn’t fully explored or boldly realized. McMurray’s movie executes many things very well. The first act is a well-orchestrated slow burn that introduces all of the players, settings and factors that will be coming to a head as the night quickly approaches. There is strong characterization and original set pieces throughout the runtime, and while the message and imagery isn’t subtle, there is something to be said for the vicarious thrill of watching underrepresented people dispatch racist militants with violent aplomb.

This movie does not hide its politics nor approach the situation with any sort of muddled or obscure references. This is a story of how an entrenched political system in America seeks to punish, harass and kill the disadvantaged while beaming about “freedom” and “personal responsibility.” The lack of subtlety isn’t necessarily a bad thing; given the awful political times people find themselves in, sometimes a blaring megaphone is needed to combat the ongoing atrocities. Plus, there are plenty of examples of memorable movies that do away with subtlety, including George Romero’s work, the “Planet of the Apes” movies and Wes Craven’s “The People Under the Stairs.”

The problems with “The First Purge,” and what keeps it from joining the upper echelon of socially-conscious horror films, are mostly on the execution side. The cinematography in numerous scenes is pretty awful, with constantly moving camerawork and abrasive editing that doesn’t increase the immediacy of the action but instead dilutes the humanity of the situation. The dialogue is really weak as well, especially with all the grammatical uses of the word “purge,” to the point that a drinking game based around it would surely result in the participants’ livers being decimated. And lastly, the ideas behind why murder would be the main focus of the evening, or the fact that there’s a haunted house quality to the masks and setups of many participants, is teased but never fully explored. Like the previous three films, there is a lot hinted at and many things that spur brainstorms, but it’s never fully capitalized on within the movie itself. There is still a great deal of promise in this series, and it’s been fascinating to watch it integrate and embrace identity and racial politics when most movies wouldn’t dare rock the boat, but so much of its potential is let down by pedestrian acts dreamed up in middling imaginations.

“The First Purge” isn’t a bad film. Heck, it’s not even the worst “Purge” movie (that honor still falls to the first one). It tackles weighty issues in a pulpy manner, provides some shocking moments and cool designs, and continues the tradition of exploring the corners of this slightly different reality. Unfortunately, the weak dialogue, poor visualizations and lack of ambition hinder it from being an out-and-out great film. There is a lot to gain from watching “The First Purge” – from social commentary to horror experience – but a lot more could have been gained with a better script and cinematography. As it stands, “The First Purge” is just an okay film that passes the time without being egregiously awful or insulting, all while granting audiences a few thrills and inventive moments. There are certainly worst things than that.