Trending
You are at:Home»Lifestyle»What’s the Betting Strategy in Blackjack? 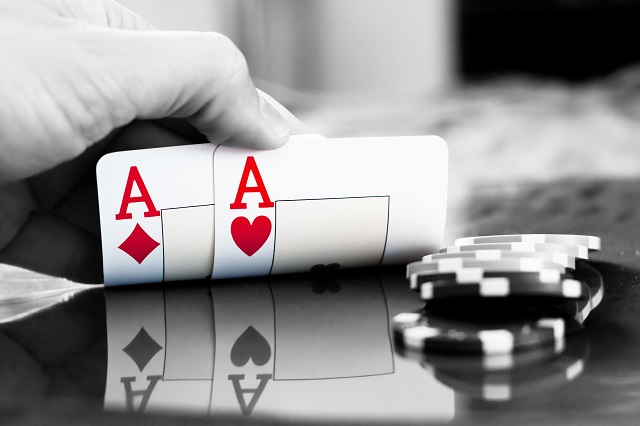 The game’s trace took almost 100 years and a number of transformations to become one of the most popular entertainments in the world. Having passed through decades, this game is still particularly popular in online casino. A number of gamblers (professionals and amateurs) win real money due to Black Jack on Pokiesmania.com. But the question about their success still is open.

The matter is that “Black Jack” is a game which is not built purely on luck. Despite ardent discussions, the opinion that one needs to resort to certain playing and betting techniques to reach the success and incline the odds in one’s favor still exists. That’s what makes this game specific among the others. One should not only mind several theories that can be used while gambling but also to find the most suitable for oneself:

One of the most popular betting strategies is to calculate the number of cards that come out.

A player starts the game with the zero card. Each card that leaves the game is reflected in the final result of the calculation. With a positive overall result of the count, it means that the excellence is on the gambler’s side. When the count has a negative value, the excellence is on the side of the dealer. In the case when the score is 0, both sides have equal chances. In the situation with a negative or equal count, the player should make minimal bets.

A martingale strategy consists of doubling after a loss and returning to the original sum after each win. For this game, you need three conditions:

1) a table with an unlimited maximum stake;
2) a good game capital;
3) iron nerves.
As a result of the game with such a strategy, even after three losses and one subsequent win, the player will be in the black.

The system works in accordance with its name. If the card suits, and you win, then you need to increase the wage as many times as it is indicated in the name of the system.

A player has a certain bank. His minimum stake is one dollar. The player puts one dollar and wins. The next bet is already $ 3. If he wins again, the bet will be $ 2. If the player is lucky this time, the next bet is already $ 6. And here comes an interesting situation– the next bet does not depend on the outcome of this hand. The circle ends, in any case, the player must bet one dollar. In addition, he must return to the initial rate after each loss. The use of such a strategy, although it is risky enough, can bring a good profit. If a player wins four times in a row, then his initial bet will increase 12 times. And although the probability of such an event is quite low, some beginners may try to win a jackpot, but professional players use other strategies too. The chances of success are quite large.

This strategy is based on determining the size of the smallest and the largest bet. Take as an example the bank which consists of $ 200. The player decides that the minimum bet will be $ 2, and the maximum player`s bet will be $ 20. During the initial stake, he puts the minimal amount. The size of the next bet depends on whether the stake is winning or not. In a situation where a player wins, he or she places the maximal bet (in this case 20 dollars). After each losing bet, the minimal value is reset. The sense of the strategy is that during the winning game the stakes will be large, and the defeats will not bring a significant loss. Although this strategy is thought to be risky, it is often very effective.

One should remember that experienced gamblers combine strategies and respect the gambling etiquette. There’s still an important role of the luck in the game, which makes you feel adrenaline, pleasure, and excitement.