Trending
You are at:Home»Entertainment»Movies»Blu Tuesday: “Gringo” and More 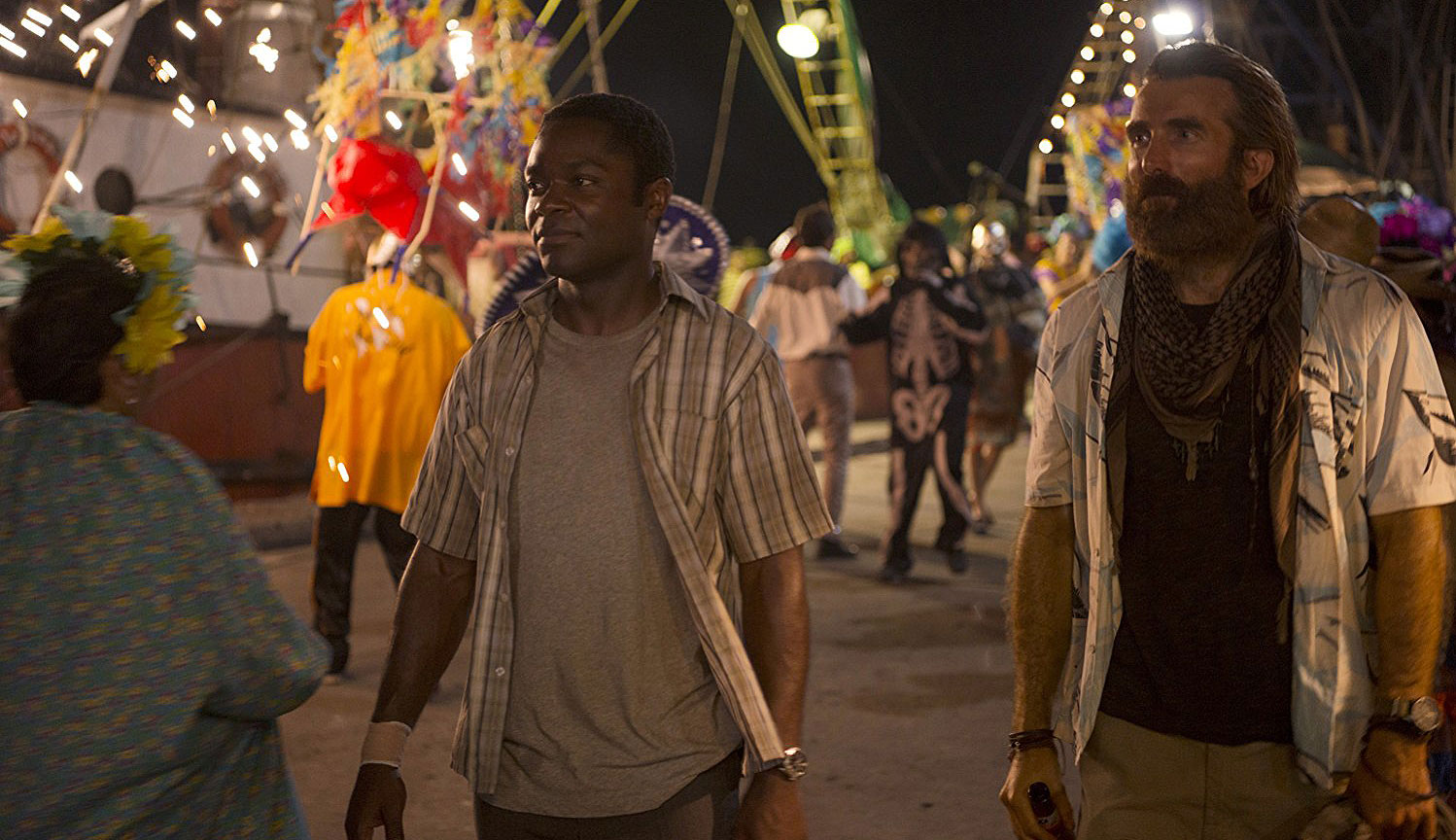 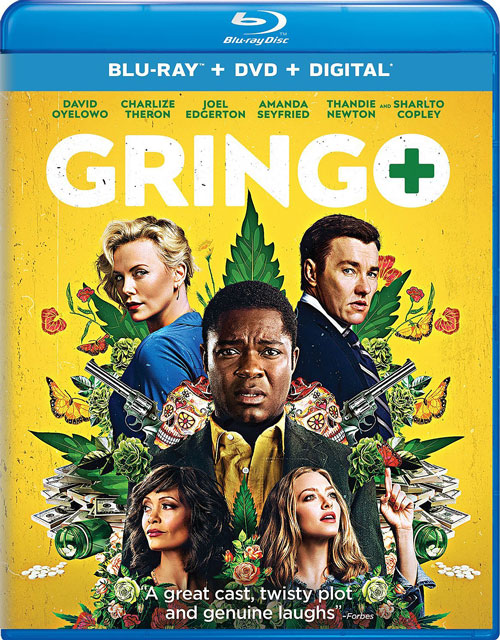 Nash Edgerton’s follow-up to his 2008 directorial debut “The Square” feels like it should have been made 20 years ago, when cribbing Tarantino was still all the rage. Though “Gringo” is better than a majority of those lazy knockoffs, it’s plagued by some of the same problems, including an excess of characters that overcomplicates the otherwise simple plot and a wildly erratic tone. There are a few good laughs sprinkled throughout, but the main reason “Gringo” works at all is because of its cast. David Oyelowo is excellent in the lead role, showcasing his comedic side as the buttoned-up fish out of water, while Charlize Theron and Joel Edgerton (the more famous of the two brothers) turn in great work as a pair of self-centered, corporate assholes. For all the star power that “Gringo” contains, however, it never amounts to more than a mildly entertaining crime caper.

Extras include a series of featurettes on production, stunts and location shooting in Mexico. FINAL VERDICT: RENT

“A Wrinkle in Time” 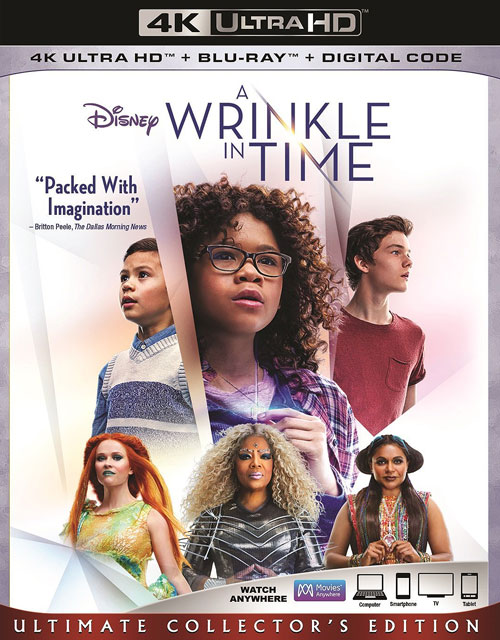 Ava DuVernay is clearly a talented filmmaker, but you wouldn’t know it from watching her big-screen adaptation of Madeleine L’Engle’s 1962 novel “A Wrinkle in Time.” There’s almost nothing to like about this movie, from the terrible script to the cringeworthy performances from its cast. Characters just stand around explaining things to one another instead of actually doing something, and it becomes tedious to sit through. Additionally, the special effects are so bad – including a scene where Reese Witherspoon transforms into a giant, flying piece of lettuce – that you can tell whenever there’s green screen involved. DuVernay has proven that she’s capable of making a good movie, but perhaps she’s not cut out for this type of filmmaking, because “A Wrinkle in Time” is such a flat and incoherent mess that it’s easily one of the worst wannabe blockbusters Disney has ever produced.

Extras include an audio commentary by director Ava DuVernay, co-writer Jennifer Lee and other crew members, as well as a behind-the-scenes look at making the movie, deleted scenes and a blooper reel. FINAL VERDICT: SKIP 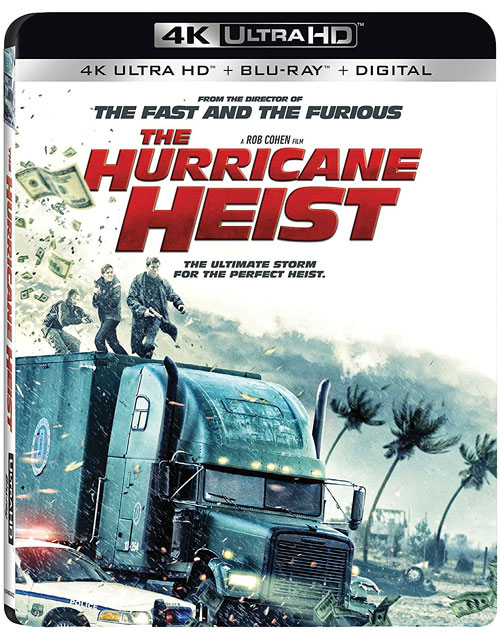 Rob Cohen doesn’t always get the credit he deserves for launching the “Fast and Furious” franchise, but he’s hardly done his career any favors with duds like “Stealth,” “Alex Cross” and “The Boy Next Door.” The director’s latest project is a slight improvement on those films, though not by much. In fact, while “The Hurricane Heist” tries to mimic the “Fast and Furious” formula, the disaster-cum-heist movie is every bit as lame as the title suggests. Hollywood has concocted some pretty ludicrous robberies in the past, but the one at the center of “The Hurricane Heist” is so stupid that it defies logic, and neither the writing nor the performances are good enough to salvage it. If the film didn’t take itself so seriously, it might have been more enjoyable, but as it stands, this is the kind of movie that drinking games were made for.

Extras include an audio commentary by director Rob Cohen, a making-of featurette, a VFX reel, some deleted scenes and more. FINAL VERDICT: SKIP 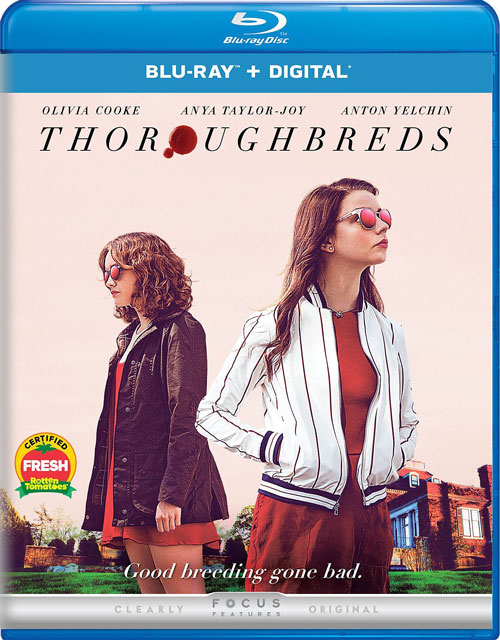 Writer/director Cory Finley delivers an impressive debut with this stylish and sharply written black comedy about a pair of estranged childhood friends, Lily and Amanda, who plot to kill the former’s cruel stepfather. Though the main characters are so emotionally detached that it’s difficult to relate to them, that’s sort of the point of Finley’s psychological thriller, and the performances go a long way in selling it. Anya Taylor-Joy has hardly put a wrong foot forward since her breakthrough role in “The Witch,” and she delivers some of her best work as the chilly socialite, while co-star Olivia Cooke matches her step for step. However, it’s Anton Yelchin who steals the show in one of his final screen performances. The late actor is like rocket fuel, and once he’s added to the mix, “Thoroughbreds” really catches fire, reminding us yet again just how much Yelchin will be missed. 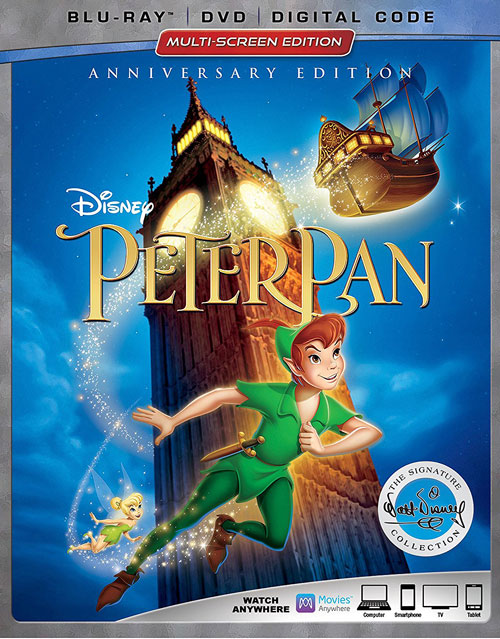 Like many of Disney’s older classics, “Peter Pan” has never ranked very high among my personal favorites, but it’s filled with so many iconic characters and musical numbers that it’s certainly stood the test of time. Captain Hook remains one of the best Disney villains of the pre-Renaissance era, while songs like “You Can Fly!” and “Following the Leader” are recognizable even by those who’ve never seen the film. The problem with “Peter Pan” (and most early Disney movies) is the blatant racism on display. Though it may have seemed harmless in 1953, the film’s portrayal of American Indians is so offensive (from their bright red skin to the song “What Makes the Red Man Red”) that it’s surprising the studio hasn’t received more pushback in recent years. With that said, it’s nothing that a quick chat with your kids can’t address, especially for a movie that teaches other important life lessons.

Extras include a sing-along version of the film, an audio commentary hosted by Roy Disney, a making-of featurette, a new interview with voice actors Kathryn Beaumont and Paul Collins, a look at Walt Disney’s fascination with flight and much more. FINAL VERDICT: RENT