Trending
You are at:Home»Entertainment»Movies»Movie Review: “Truth or Dare” 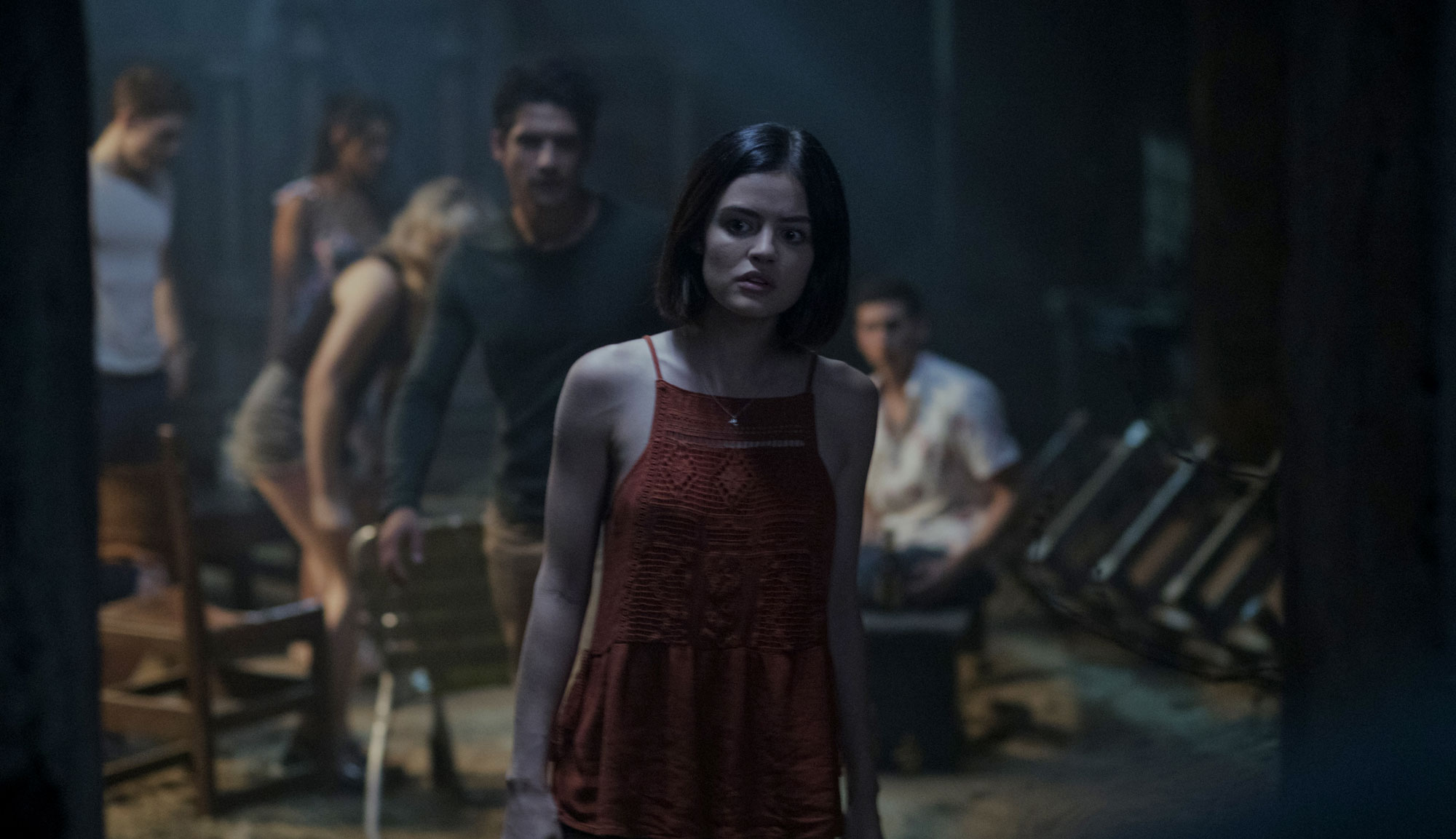 Gimmicks have a long history in filmmaking, especially within the horror genre. Whether it’s adapting a well-known intellectual property or using a familiar phrase or holiday, these movies rely on taking an established idea and turning it into the premise for a dark and deadly story. Sometimes the results can be surprisingly fun and expand upon a simplistic premise in clever ways. Most often, though, it’s a tired excuse to shoehorn in deaths and jump scares around a concept that audience members are already familiar with. “Truth or Dare” unfortunately falls into the latter category, using the well-worn teenage party game as a means of racking up a body count without much to set it apart from other horror fare. Despite having a strong lead performance and a surprisingly solid ending, the film never overcomes its forgettable nature.

Six friends in their senior year of college head down to Mexico for spring break, where they’re joined by a random kid from school and a stranger. On their last night of vacation, the group decides to celebrate by playing Truth or Dare in an abandoned mission. The newcomer reveals that the incarnation of the childhood game is all a ploy to pass on a terrible curse, and upon returning to campus, the participants soon realize that they’re in a deadly version of Truth or Dare where they are compelled to tell their secrets or complete horrific dares — or face deadly consequences.

Director Jeff Wadlow, working from a script that he co-wrote with Jillian Jacobs, Michael Reisz and Christopher Roach, delivers a bland horror movie that isn’t terrible but is ultimately so unremarkable that it will quickly fade from your mind. Nothing is done to distinguish it from the countless other films about an invisible force haunting and pursuing a group of friends. (Viewers would be better off watching “It Follows,” 1983’s “Sole Survivor” or one of the more entertaining entries in the “Final Destination” series.) The cinematography and score are both incredibly flat and offer no artistic highlights or emotional insights into the characters or plot. A few of the scares are effective, but most of them are so obvious (and bloodless) that there is no real sense of stakes or tension in waiting for them to transpire. The demonic presence that is hunting down the players is represented by a distorted rictus on their faces, essentially melding a Snapchat filter with a similar effect from “The Devil’s Advocate” that looks more goofy than threatening.

Despite all of its problems, “Truth or Dare” has a few highlights. As the main character Olivia, Lucy Hale does a good job and properly conveys a real sense of fear as she navigates this supernatural landscape. The script very quickly dispenses with the trope of no one believing what is happening, wisely deciding that the players pretty much all buy in to the premise and work together to figure out how to stop the evil. The ending is surprising but earned and reveals a darker and more original streak than the rest of the movie shows throughout its running time.

The main issue is that the film never leans into its inherently goofy gimmick. The phrase “truth or dare” and the words “truth” and “dare” are uttered so much throughout (almost entirely with deadly seriousness) that viewers are cautioned against forming a drinking game around them, lest they succumb quickly to liver failure. It’s fine to have a wacky premise, but then the rest of the movie needs to be heightened as well. The film shouldn’t become metatextual and self-aware — that would be just as annoying — but there should have been a sense from the filmmakers that they’re doing more than capitalizing on a well-known parlor game.

So much of the cast, dialogue and visual aesthetic of “Truth or Dare” is underwhelming. Again, it’s not awful or incompetently made, and there are some standout elements, but when producing a movie based on a simple gimmick, it’s best to take that silly idea and really run with it. If you’re just going to use tired tropes to tell a pedestrian tale, then it’s going to be really easy for people to check out. Wadlow should have striven to deliver something new and surprising, but instead, audiences will be greeted by a clichéd horror flick that is too bland to be offensive yet too dull to be remembered or enjoyed.