Trending
You are at:Home»Entertainment»Movies»Movie Review: “A Quiet Place” 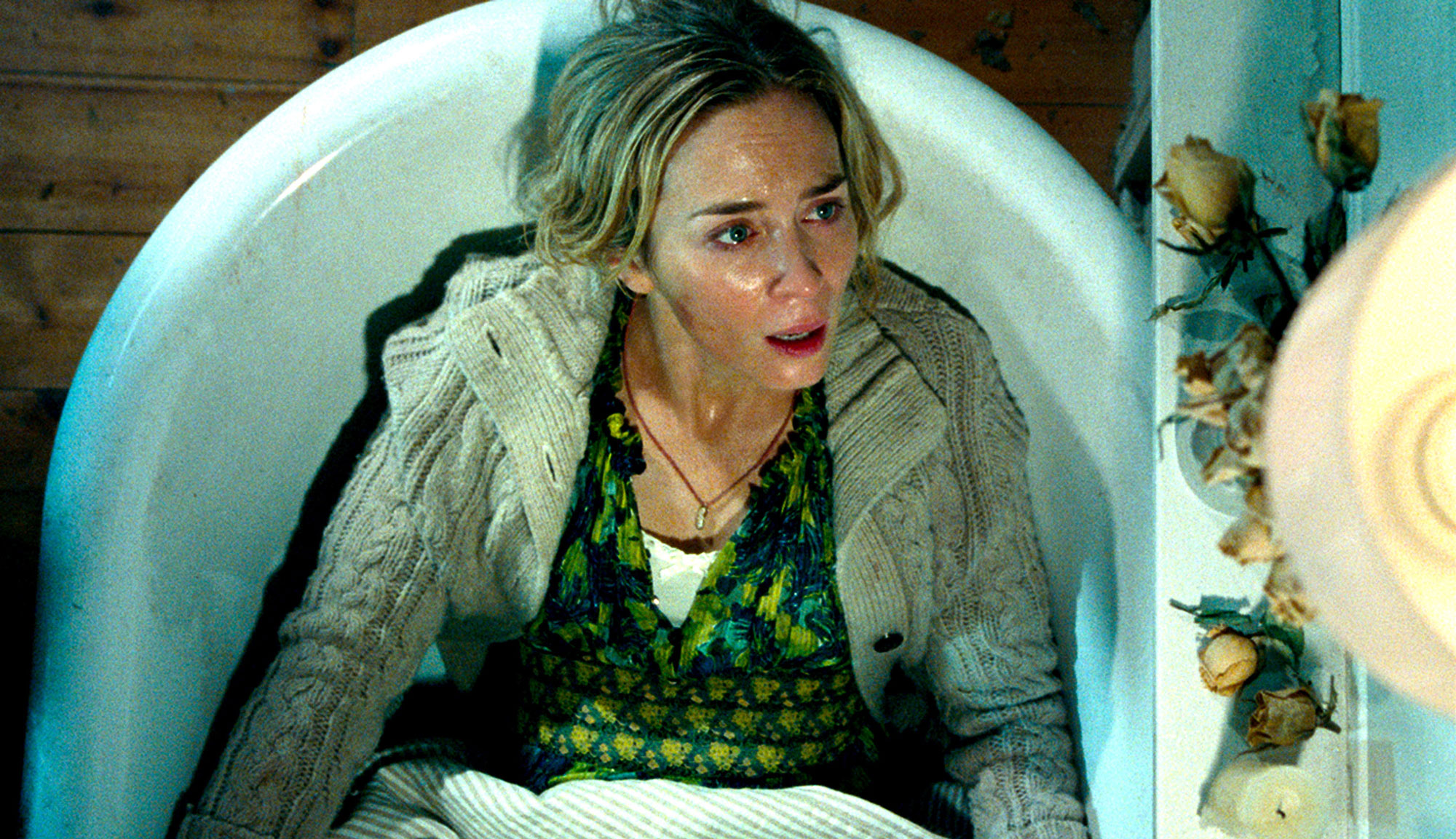 Fear is a very personal emotion and experience. There is a wide range of what causes fear in people and therefore a broad spectrum of what most consider “scary.” For some, a movie has to be completely grounded in reality in order to effectively scare them. For others, dark imagery will haunt viewers after watching a film, no matter if it’s tied to the supernatural. Then there are other factors like age, social and cultural baggage, and other experiences that feed into what a person is afraid of. There are universal elements that startle everyone, but there is nothing that truly scares all people everywhere.

Director John Krasinski’s first foray into genre filmmaking, “A Quiet Place,” is a largely entertaining sci-fi horror film that does an excellent job of grounding events in reality, introducing creepy monsters and ramping up the tension throughout its running time. It may not scare everyone, but it tells its story in an effective way that should linger with audiences well after it finishes.

After unnatural creatures have decimated the world, the Abbott family is trying to survive. Lee (Krasinski) and Evelyn (Emily Blunt) know that sound tips off the monsters and have developed numerous systems to keep them and their children safe from attacks. The family already know American Sign Language, as they have been using it to communicate with their deaf daughter Regan (Millicent Simmonds) for years. But no matter what precautions they take, accidents can happen and the beasts are ready to strike in a deadly flash. With Evelyn pregnant and the horrible creatures ever present, tensions mount as the Abbotts try to steer their way through this new and terrifying landscape.

To get it out of the way early, there are two main flaws with “A Quiet Place.” Firstly, there is one scene where Regan’s hearing aid is turned off that would have been much more powerful (and terrifying) if it had been done completely in silence. Secondly, the film relies too much on orchestral stings and jump scares to startle the audience. While it makes sense and works within the mostly silent tableau, it becomes tiring after the umpteenth time that a monster’s appearance is signified by a loud noise. Jump scares have never been that effective at creating a sustained feeling of dread, but they are good for jolting the audience and giving them that amusement park sense of being scared, if only momentarily. However, the trick is overused in Krasinski’s film and dilutes its own efficacy.

Those are the only two real marks against the film. In every other way, “A Quiet Place” greatly succeeds by creating a believable world with real characters achieved through a minimum amount of dialogue and artfully building up tension with each successive scene. Krasinski, Blunt, Simmonds and the rest of the cast are very good and recognizable as a small family faced with an impossible situation. Their quarrels and feelings seem earned and honest, which makes it easier for viewers to actually care what happens to each of them. While it could have been a flashier story that explored the origins of the monsters or introduced more characters, this pared-down version is even more impactful because every glance, signed conversation or hushed whisper carries with it a sense of history and authenticity that is hard to manufacture.

The film is incredibly tense, with a great sense of pacing and tone that ratchets up the anxiety with each scene as it careens toward an amazing climax. Krasinski’s direction is impressive and shows a masterful understanding of empathy while using the script, written by himself, Scott Beck and Bryan Woods, to drive home a simple but terrifying premise. So much of the devil is in the details in this film, with a lot of planning going into the Abbotts’ systems for alerting each other or something as simple as laying down sand for every path they walk with bare feet. And when the beasts do come, it is a tense and frightful occasion that sets stakes early and shows that there is a reason to be afraid of these creatures. Viewers will find themselves on the edge of their seats as the conclusion draws near and the stress increases before delivering one of the best final shots of all time.

“A Quiet Place” succeeds on the back of its honest approach to setting and characters. As those become better defined, and the conflicts between the Abbotts come into sharper focus, the audience becomes more invested in the outcome and their survival in the face of horrible odds. The world in the film feels lived in and real, and that’s what makes the terror and tension so effective. Not because of the jump scares or sudden appearance of a deadly creature, but because viewers are emotionally invested in what happens to these people. Add to that a director with a clear understanding of setting up the perfect storm for everything to go awry for this family, and the result is one of the tensest horror films in years.