Trending
You are at:Home»Entertainment»Movies»Movie Review: “Star Wars: The Last Jedi” 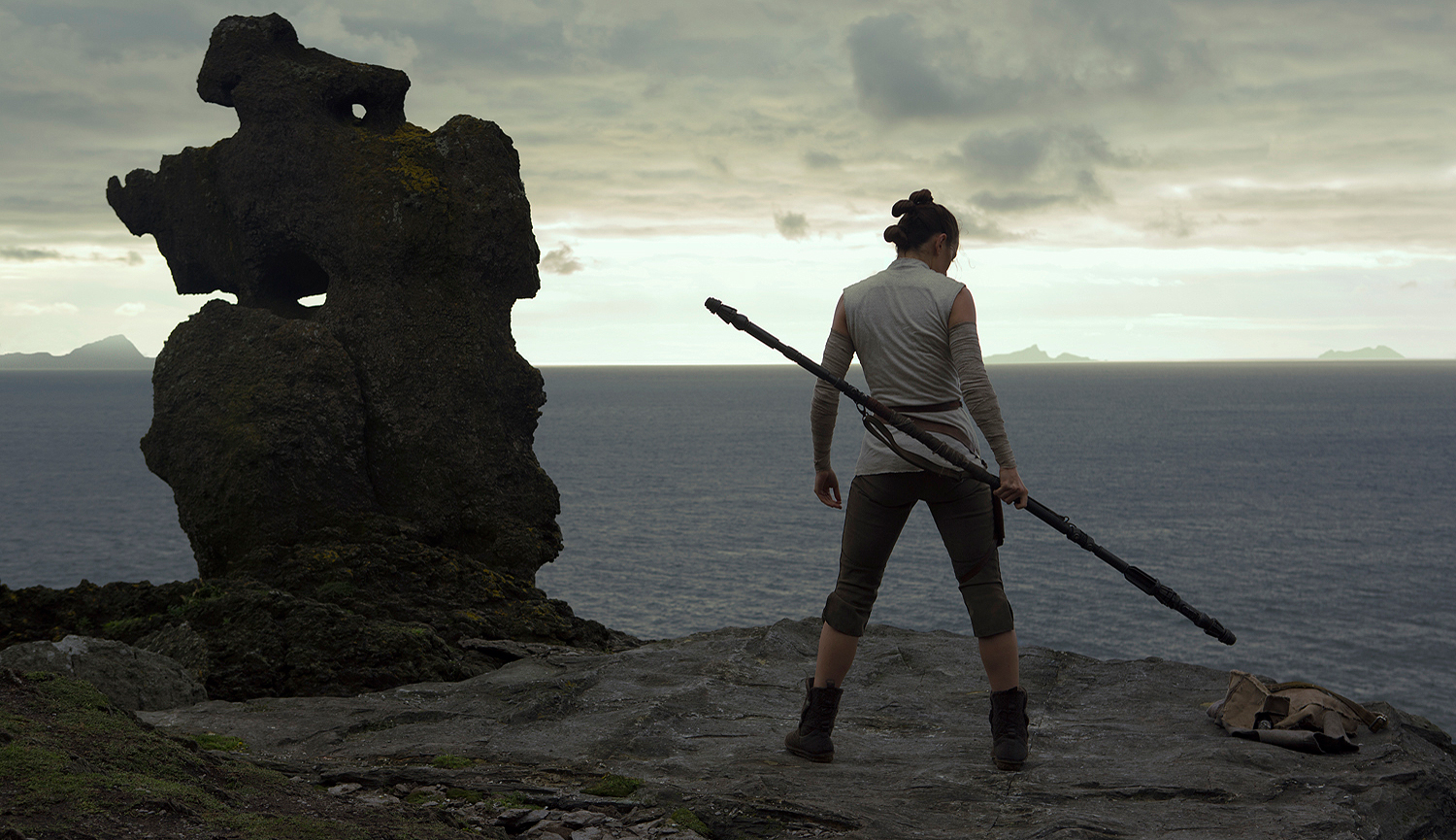 The burden of legacies is a mixed blessing that is hard to come to terms with. That which inspires people can end up dominating what they do, and so they are perpetually in the shadow of their forebears and only produce inferior echoes and pastiches of what came before. The most talented filmmakers are the ones that are able to properly synthesize their inspirations into something new, combining disparate parts into a unique whole that carries a singular voice while still touching on the familiar.

The latest installment in the “Star Wars” saga, “The Last Jedi,” finds characters at a crossroads between living in the old dynamics and forging ahead with something new and unseen. Similarly, writer/director Rian Johnson was tasked with making something that felt familiar to other “Star Wars” adventures and yet was boldly new enough to create its own devotees. Unfortunately, the resulting film is a bit of a mess that has moments that feel beautiful and vibrant, only to be followed up by boring and emotionally shallow scenes that will leave viewers feeling cold. While there is much to admire in what Johnson has crafted, it is nonetheless a mixed bag.

Directly following the events of “The Force Awakens,” the film finds the Resistance, led by General Leia Organa (Carrie Fisher), fleeing their base as First Order forces approach. They suffer heavy losses in escaping but soon find themselves on the run from the First Order fleet, which looks to wipe out the Resistance entirely. Finn (John Boyega) and Resistance mechanic Rose Tico (Kelly Marie Tran) embark on a mission to stop the First Order from tracking their ships. Meanwhile, Rey (Daisy Ridley) attempts to coax Luke Skywalker (Mark Hamill) into training her in the ways of the Force, something he has sworn against doing, as he merely wants the Jedi to die with him. During her stay with Skywalker, Rey finds herself in contact with Kylo Ren (Adam Driver), and the two begin to develop a bond that may supersede the old dynamics of Jedi and Sith. All of these storylines depart and converge at different points as the Resistance finds itself backed into a corner in order to fight another day.

First, the good parts of the movie: this is a gorgeous film and easily the best looking “Star Wars” entry and blockbuster in a long time. Johnson, cinematographer Steve Yedlin and production designer Rick Heinrichs have composed incredibly beautiful shots and compositions that will linger in the minds of audiences for decades. Many of these moments – like the design of Supreme Leader Snoke’s (Andy Serkis) throne room or a fight on the mineral planet of Crait towards the end – will soon pass into iconic legends that will be referenced by filmmakers for many generations. There are a few clunky CGI moments, but mostly, the special effects are pretty seamless and Johnson and the ILM crew have dreamed up some excellently designed creatures to populate this galaxy far, far away.

Most of the acting is good across the board. Driver is still very emo as Kylo Ren, but that’s the perfect note to hit on a conflicted brat with a lot of power and not much patience or control. Boyega, Ridley, Hamill, Fisher and Oscar Isaac all step back into their roles without losing a beat and imbue them each with depth and lightness that makes them incredibly winning. Newcomer Tran is very close to the heart of “The Last Jedi,” playing the plucky Resistance fighter that dreams of a world free from the carnage and cruelty of groups like the First Order.

The problems mostly lie in a fundamental misunderstanding between busyness and complexity. The plot is incredibly convoluted and jumps through a lot of hoops to arrive at the finale, all while trying to show the various shades of gray that exist between the forces of Good and Evil. The problem is that it’s very rarely engaging and doesn’t feel deep. Instead, it feels falsely profound, imitating the motions of adding layers to a situation and characters. That puts “The Last Jedi” at a distance from viewers; it banks on an emotional truth that it never earns, and so it’s not easy to connect with what’s going on, as it can actually feel muddled or, worse yet, boring.

Further pushing the disconnect is that the script is far too self-aware, constantly making the sort of jokes that nerds have been making about “Star Wars” for decades, as if it’s too cool to purely accept itself on its own merits. The comedy works about half the time, but there are a ton of jokes in this film that underscore all of the overly serious talk of hope that populates the movie. It seems as if Johnson took the “opera” part of “space opera” to heart and decided to make all of the emotions play larger than they need to (or have before in the “Star Wars” films).

Furthermore, there are boring set pieces that are far too reminiscent of prequel sequences that are intended as fun but feel fake and unimportant to the overall narrative. The score by John Williams is completely phoned-in, mostly playing the hits from the original trilogy and banking on nostalgia to link the scenes to childhood memories. And on the subject of nostalgia, “The Last Jedi” doesn’t trade on it or have as many nods to the original films as “The Force Awakens,” thankfully, but the structure of the story and the stakes of the film are very similar to “The Empire Strikes Back” in a sort of subconscious callback to that beloved masterpiece.

“Star Wars: The Last Jedi” is a muddled movie that has some incredibly high points and beautiful scenes that will stay with audiences for many years to come, but it also contains a lot of distracting filler and pseudo-intellect that has never been present in anything else Johnson has made. As a Rian Johnson film, it’s probably his weakest to date, because although gorgeous, the director’s script leaves much to be desired. As a “Star Wars” film, it’s probably on par with “Return of the Jedi” (and definitely still better than the prequels). It’s a shame that all of the awkward moments, heavy-handed allusions and emotional distance couldn’t have been solved, because without those, this would have been one of the best sci-fi films of all time. All of the pieces were there to create a masterpiece, but unfortunately, they never quite fit the way they should to produce something wholly enjoyable.