Trending
You are at:Home»Entertainment»Movies»Movie Review: “The Shape of Water” 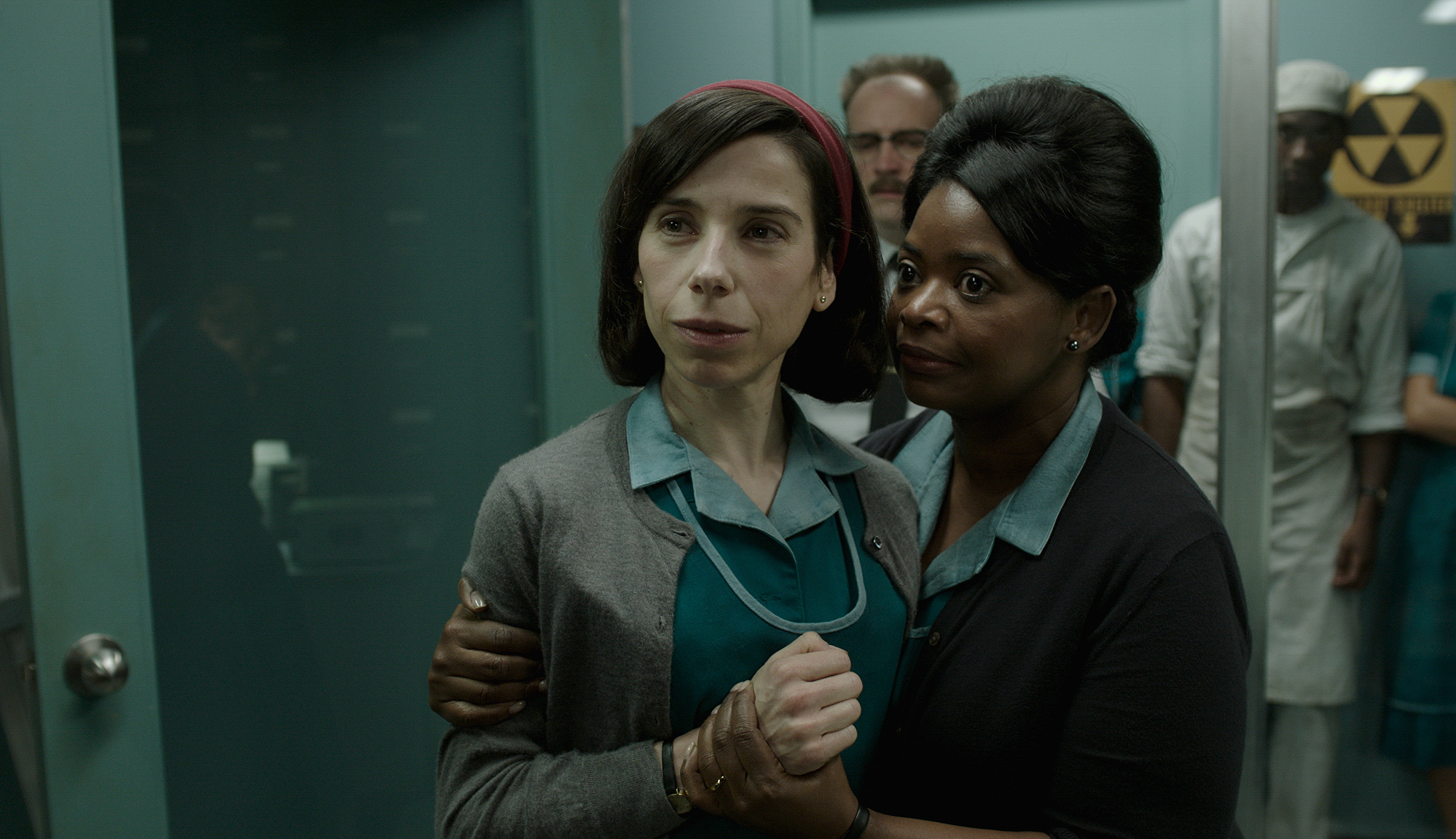 Monsters are a fascinating bunch. They can represent man’s greatest fears, or be stand-ins for society’s ills, or simply be cool-looking creatures. Their origins are varied and their designs are myriad, but they always stand apart from the rest of the world; there is a loneliness to monsters, no matter how evil in their depiction, that separates them from the “normal” world. But there is a clear delineation between monsters and the monstrous, a line that shows how these isolated “freaks” aren’t necessarily the worst creations. Those with good intentions seeking to stamp out any deviations from normalcy, armed with weapons and hatred and backed by the institutions that wield power, are the true villains in a culture that praises independence and values the unique.

Director/co-writer Guillermo del Toro examines the comfort found in monsters and the scary nature of the monstrous in “The Shape of Water,” a sublime modern fairy tale that weaves together love, anger, loneliness, magic and an astonishing merman to tell a story of how outsiders can face any enemy as long as they band together. It’s a moving and charming film that doesn’t shy away from the ugliness of life, choosing instead to celebrate beauty wherever it may be found.

Elisa (Sally Hawkins) lives a highly ordered but ultimately lonely existence in the early ’60s. A mute woman abandoned as a baby, she spends much of her days sleeping and hanging out with her neighbor (Richard Jenkins) before heading off to the night shift at an experimental facility where she works as a cleaning lady in tandem with her friend, Zelda (Octavia Spencer). When government agent Richard Strickland (Michael Shannon) arrives at the lab with a bizarre and exotic creature (Doug Jones) in tow, something awakens in Elisa as she finds a kindred spirit in this captured “monster.” While Strickland and Dr. Bob Hoffstetler (Michael Stuhlbarg) argue about should be done with this unique specimen, Elisa hatches her own plan to liberate the beast from his prison.

Del Toro’s sympathies have always lied with the outsiders, believing that the freaks shall inherit the earth. Possibly born from his own feelings of exclusion, his movies lovingly depict horrific creatures in a gorgeous light, never shying away from their ferocity while still celebrating the beauty of what others see as abominations. “The Shape of Water” is the closest the filmmaker has come to presenting his thesis that there are more freaks than there are “normal” people, and the only way to overcome the tyranny of the status quo is to band together and face the forces that seek to make everything fit a certain definition. The film is an homage to old monster movies, a celebration of the perennial outsiders in society, and an unlikely love story that stares down those who wish to put limits on the extraordinary.

It helps that the film is stacked with great actors delivering fantastic performances. Hawkins is sublime as the mute heroine who is dismissed by many due to her disability, but whose dreams fuel her bold actions and elevate her from the doldrums of an unremarkable life; Jenkins is totally lovable and disarming as a gay artist who lives a life of quiet desperation but yearns for something more; Shannon gives an already intriguing antagonist role a lot of nuance as he moves between menacing and sad in his own right; and Doug Jones, beneath layers of latex and makeup, communicates a real delicate nature as the amphibious government captive who finds himself surrounded by friends and foes alike. With Stuhlbarg and Spencer rounding out the cast, it’s a murderer’s row of talent that helps the film find its emotional core. The actors make the story a touching, whimsical fable, but also one filled with life and laughter.

Del Toro and co-writer Vanessa Taylor have created a rich world that is reminiscent of Terry Gilliam at his best, or the early works of Jean-Pierre Jeunet and Marc Caro (“Delicatessen,” “The City of Lost Children”) in its fantastic representation of a fully realized world. There are many strong metaphors that run throughout the movie, with lots of talk about the future and the direction that the world will soon be turning. It’s a powerful reminder that people are not as alone as they fear – that what separates them from each other are mere constructs that can be as easily torn down as they can be erected, if people want them to.

“The Shape of Water” asserts that while the monstrous may wield power, and the villainous seek to define normalcy, it is ultimately up to us to say what we will and will not accept. No matter one’s position in life, the attitudes of others or any other obstacle, there are ways for outsiders to rise up and take back their world from the true monsters who don’t have a sympathetic bone in their bodies. Del Toro has crafted a loving ode to freaks everywhere and makes audiences fall in love with an unusual tale of defiant romance. Like all the best dreams, there is a healthy mix of fantasy and reality, and it will remain with audiences who wish to escape into an incredible tale for years to come.