Trending
You are at:Home»Uncategorized»Will Douvan Capitalize on Altior Absence at Tingle Creek Chase? 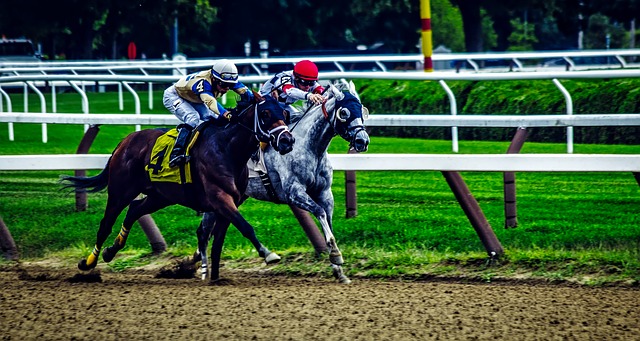 Altior will miss out on the Tingle Creek Chase crown at Sandown Park in December. The Bay Gelding had won his last 11 races on the bounce, highlighting the quality of the Irish horse. Nicky Henderson’s charge last finished outside of the winners’ circle in April 2015 and would have been eyeing the 13th win of his career at the meet.

However, he has been sidelined due to injury; therefore, the rest of the field will have the opportunity to snatch an unlikely crown. There are a number of talented horses, including Douvan, who was flawless in his career before a poor performance at Cheltenham ended his 100% record.

Due to the absence of his rival, the French horse’s odds are worth monitoring at Timeform before the action gets underway. We’ll now break down Douvan’s form and the two horses that could mount a serious challenge to end his outstanding run of victories.

The French horse knew nothing but victory in his career until the 14th race of his career. The seven-year-old had dominated the field since making his debut in the Novice Hurdle at the Gowran Park. He, like Altior, enjoyed success at the Supreme Novices’ Hurdle at Cheltenham – albeit in the previous season to the Bay Gelding’s triumph. Mullins’ charge dominated in his first two outings at Leopardstown, winning both of his Novice Chases on Irish soil.

On his debut at Cheltenham Festival, the French horse put forward a fine performance at the Arkle Challenge Trophy Chase to win the crown. He beat out a talented field, including future Gold Cup winner Sizing John, securing the victory by a comfortable margin ahead of his rival.

Douvan notched his second win over Sizing John at the end of 2016, putting forward another solid performance at the Cashcard Chase at Leopardstown. He pulled away down the stretch to claim a victory by eight lengths, ending the calendar year on a high note. The seven-year-old extended his winning run to 13 races by claiming a victory at Punchestown, sending him and Mullins into Cheltenham Festival full of confidence.

However, the Queen Mother Champion Chase would prove to be a shocking outing from the French horse. After taking the lead at the first fence, he fell away dramatically and managed to only place in seventh. It emerged after the contest that the Bay Gelding had a stress fracture, resulting in the worst outing of his career. He would have faced a tough challenge competing against Altior but now has the chance to bounce back to notch the 14th win of his career by claiming the victory at Sandown Park.

The French horse won the event last season with a strong performance. The nine-year-old entered Sandown Park on the back of a good run of form after returning to home soil to build up to the race. With Ruby Walsh in the saddle, Un De Sceaux won the La Barka Grade 2 Hurdle at Auteuil, winning the meet by eight lengths. However, in his second race at the stadium, he failed to rise to the occasion, finishing off the pace in sixth place.

On his return to English soil, he was considered the favourite to win the Tingle Creek Chase. An early mistake put Willie Mullins’ charge in trouble but he was able to overcome the error and surge through the field to challenge the leaders. Walsh helped the French horse find an extra gear down the stretch to beat out Sire De Grugy by one length to win the crown.

In his next outing at Cheltenham, he was clinical, dominating the rest of the field to triumph at the Clarence House Chase. The victory set him up perfectly for Cheltenham Festival and the Ryanair Cup, with the nine-year-old considered the favourite for the race.

After a slow start to the race, he moved through the field and took the lead after the sixth fence. Un De Sceaux was put under pressure in the dying stages but managed to hold off the challenge of Sub Lieutenant to secure the win. His run of three victories on the bounce ended at Punchestown when the Bay Gelding finished second behind Fox Norton. Altior would have been a test of his ability but the horse has the potential to join the elite company of horses to have won the meet in successive years.

The French horse has come to life since a fine performance at Cheltenham in 2016 when he claimed victory at the Weatherite Novices’ Chase – one month removed from finishing behind Douvan at the Arkle Challenge Trophy Chase. He carried that momentum forward into the 2016-17 season, beginning with a second triumph at Cheltenham by winning the Randox Health Handicap Chase by a comfortable margin ahead of Sizing Platinum.

Fox Norton passed out of the hands of Neil Mulholland into trainer Colin Tizzard ahead of the Shloer Chase. The Bay Gelding maintained his fine form by registering his third victory on the bounce and first with Aidan Coleman in the saddle, beating out Simply Ned by nine lengths. Only Altior ended his run of victories at in their meet at Newbury, as the seven-year-old was well beaten but still claimed second place.

The French horse was an outside contender for the Queen Mother Champion Chase as Douvan was the overwhelming favourite. As the Bay Gelding struggled, Fox Norton was in a battle for the victory at Cheltenham Festival and, with Coleman in the saddle, he surged to put pressure on Special Tiara down the stretch. However, he was just beaten out by a head and was forced to settle for second.

Tizzard’s charge bounced back with a frenetic performance at Aintree in the JLT Melling Chase to claim the win. He was forced to overcome an early mistake with Robbie Power in the saddle for the first time, but he managed to get back in stride and defeat race favourite Sub Lieutenant by six lengths. He gave the strongest hint that he could challenge for great honours by defeating Un De Sceaux at the Champion Chase at Punchestown by a narrow margin. The two horses along with Douvan will duel it out for the win at Sandown Park in a wide-open contest.