Trending
You are at:Home»Entertainment»Movies»Movie Review: “LBJ” 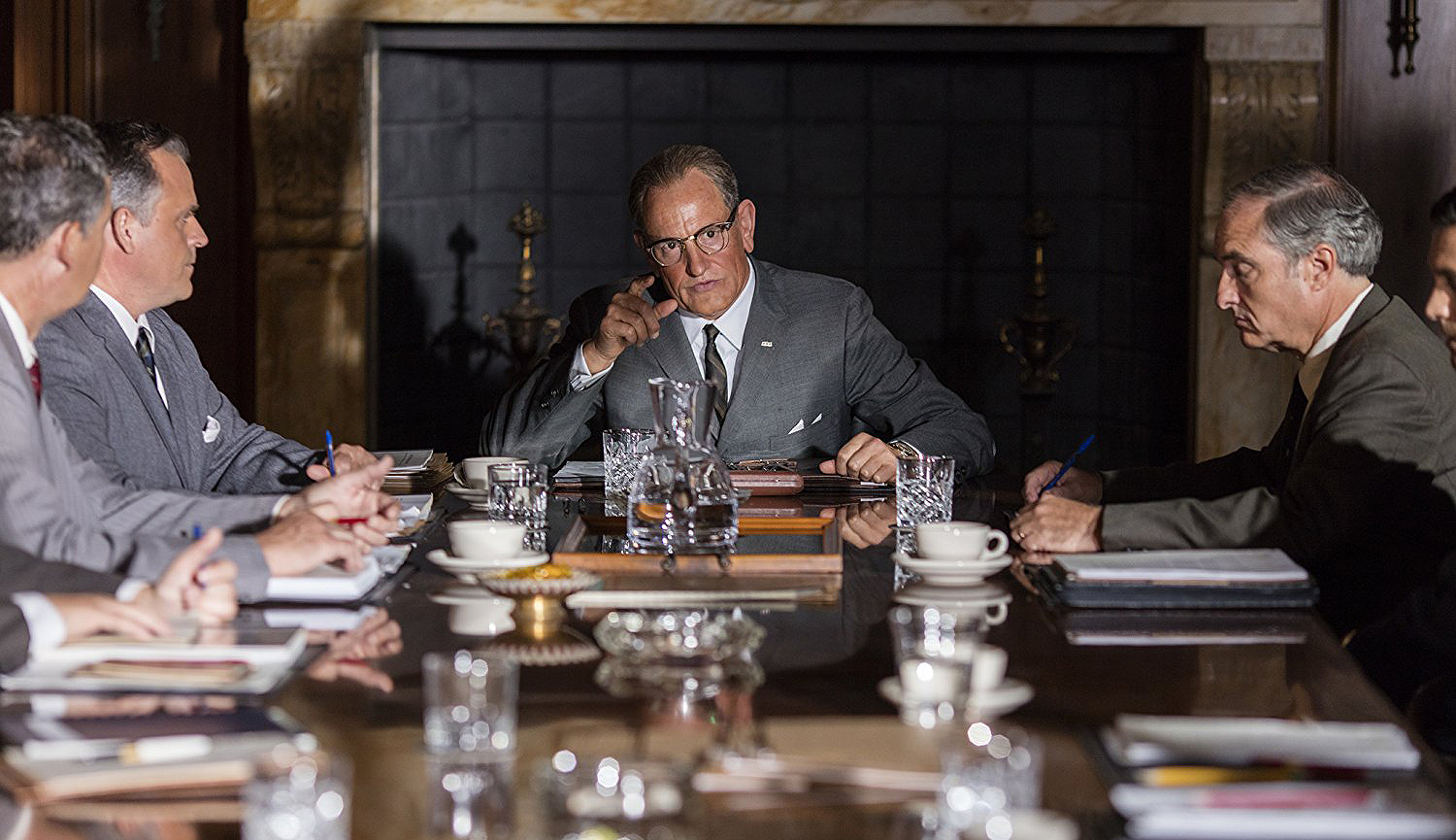 It’s a herculean task to try to encapsulate anyone’s life into one piece of art, whether it’s in film, books, theater or any other medium. Most people’s character is too complex, and their lives too random, to adhere to any sort of dramatic structure that is satisfying. The best works of biography are those that find the running themes throughout its subject’s life or the inciting incident that would echo throughout his or her years to eventually lead them to a place in history. Attempting to tell a life story can be daunting; something is going to be lost in dramatic translation or there will be the temptation to lionize or shave off the edges of someone’s life in order to better fit into the presentation.

Director Rob Reiner should be commended for trying to tell the complicated life and career of President Lyndon B. Johnson in the new film “LBJ” by presenting this man of conflicting narratives as he was. The problem is that the movie treads too much in familiar and clichéd biopic waters, with the filmmakers delivering a choppy, boring movie that never engages the audience and mistakes complex for inconsistent and challenging for the dramatically inert. Instead of a nuanced tale about a hard-to-define man, viewers receive a tedious story that thinks it’s much more intelligent than it is.

Reiner’s film follows LBJ (Woody Harrelson) from his days as Senate Majority Leader, through his tenure as Vice President to John F. Kennedy (Jeffrey Donovan), and into his early days as President of the United States following the assassination of his predecessor. Johnson is clearly a power-hungry and unorthodox man, given to cantankerous outbursts and profane conversations in his role as a strong legislator. With his wife Lady Bird (Jennifer Jason Leigh) by his side, Johnson attempts to navigate the waters between the clashing ideologies of Attorney General Robert Kennedy (Michael Stahl-David) and southern Democratic senator Richard Russell (Richard Jenkins). Johnson feels the sting of being in Kennedy’s shadow greatly and remains divided between the practicality of politics and the service to the greater cause of civil rights.

Part of the problem with “LBJ” is that the titular character is a bit of a cipher within it. It’s unclear how the filmmakers feel about this man or how audiences should feel. Is he a practical politician, an opportunistic schemer or a man resigned to what fate dictates? Now, as with the actual person, the answer is a little bit of all three, but there’s never a convincing case or any powerful scenes showcasing this complexity. Instead, it’s presented mostly in choppy flashbacks leading up to the shooting at Dealey Plaza that do a poor job of casting Johnson as anything interesting or compelling. The closest it comes is using the well-known stories of his tirades about his pants not fitting his “nuts” right, or loving desserts, or holding meetings while in the bathroom. These feel less like extensions of a complicated person and more like checkboxes in a needed biography of his life. Reiner dips into contrived monologues and supposedly dramatic scenes and parallels that never pay off. The constant revisiting of JFK’s assassination, for example, feels like an underlined moment that is spelled out to the audience so many times it becomes annoying instead of foreboding or compelling in any manner.

Harrelson turns in a good performance underneath all the makeup as the man who would be king and does a good job of exhibiting the multiple sides of this polarizing historical figure. The issue is that there is no sense of unity or deeper psychology to LBJ; while it may be true to life, it doesn’t make for a fascinating film. And that would be fine if Reiner wants to take on a realistic tone of complex reality, but he constantly relies on boring stock footage, obvious metaphors and bluntly spoken messages that undercut any sense of reality the filmmaker is trying to build.

It doesn’t help that the rest of the cast has very little to do. With the exception of Stahl-David as RFK, everyone else is merely a caricature or a face in the crowd that gives speech to obvious historical context. Leigh is resigned to the role of the doting wife, while Jenkins might as well just be a CGI Confederate flag with glasses on for the articulation of his viewpoints and character. Stahl-David and Harrelson play off each other well, and perhaps a better movie would have resulted in simply studying the two different ideologies instead of this lifeless film.

And that’s the ultimate sin, because for all of Harrelson’s ability and apparent willingness to sink into the role, “LBJ” is a slog to get through. Part of that may be the familiarity with the history being recounted, but the other part is that it’s just not very memorable. There is no emotional connection with any character, no insight into the process of passing the Civil Rights Act, and no illuminating dialogue that really makes this whole thing worth it. For all of its speechifying and heavy-handed attempts at framing history, “LBJ” doesn’t deliver anything truly memorable to understanding history or its subject in any way. In trying to sum up a man, Reiner’s movie certainly falls short, but in trying to be a good film, “LBJ” doesn’t even come close.