Trending
You are at:Home»Lifestyle»12 Surprising Facts You May Not Know About Riding A Motorcycle 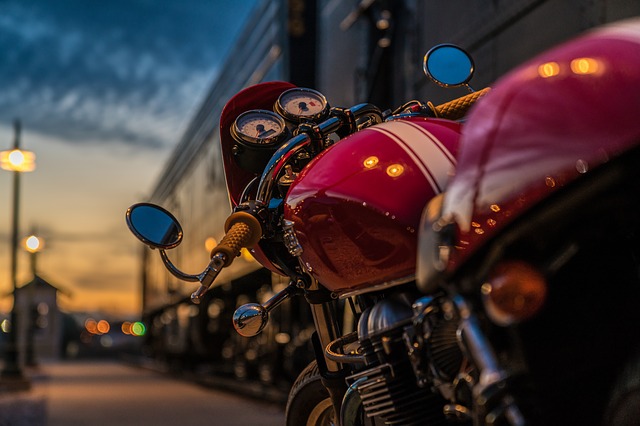 Whether you drive a pickup truck, an SUV, a car, or a motorcycle, you need insurance. It’s the law. But it should be fairly easy to understand why motorcycle insurance is especially important. After all, it’s a two-wheeled vehicle that doesn’t have a box of metal to protect the riders. It’s like an accident just waiting to happen.
Here are some facts about motorcycles and motorcycling that may be contrary to your expectations:

2. With single vehicle accidents, most of the time it was because the motorcycle rider made an error. They often slide out and fall because they pressed on the brakes too much, or they were speeding and they run wide of the curve.

3. You’d think that potholes and other defects in the roadway represent a real threat to motorcycle drivers, but that’s not really reflected in the accident statistics. These roadway defects account for just 2% of all motorcycle accidents.

4. Animals are also rarely the cause of the trouble. They cause just 1% of all motorcycle accidents.

6. Though motorcycles are also inherently flimsier than their 4-wheeled counterparts, very rarely does vehicle failure become the cause of the accident. They’re responsible for less than 3% of the accidents, and most of the time it’s just because they get a punctured tire while on the road.

7. You’d think that longer journeys would account for most accidents, but you’d be wrong. In fact, for the most part these accidents occur during short trips for errands or for entertainment. Most of the time, they even occur at the beginning stages of the trip, not at the end when the rider is fatigued.

8. You may also think that speed demons are involved in most of the accidents. That’s another fallacy because statistically only 1 in 1,000 cases does the accident involve a motorcycle riding at 86 mph or more. Instead, the average speed of these motorcycles prior to the accident is less than 30 mph, and at the time of the impact they’ve managed to slow down to just 21.5 mph.

10. It’s also a very good idea to get formal motorcycle training before you get onto a motorcycle. That’s because 92% of those involved in accidents are either self-taught or learned from family and friends.

11. With cars, you get fender benders that often result in minor injuries. Some car accidents don’t even injure the passengers and driver at all. But with motorcycles, that’s not the case. About 98% of multiple vehicle accidents and 96% of single vehicle accidents result in injuries, and 45% resulted in a major injury.

12. Crash bars don’t really help either because you increase the chances of injury to your thigh, knee, and lower leg.

Some of these facts may be surprising. But what shouldn’t surprise you is the fact that you need motorcycle insurance. In fact, even if it’s not mandated by law then it’s mandated by common sense!