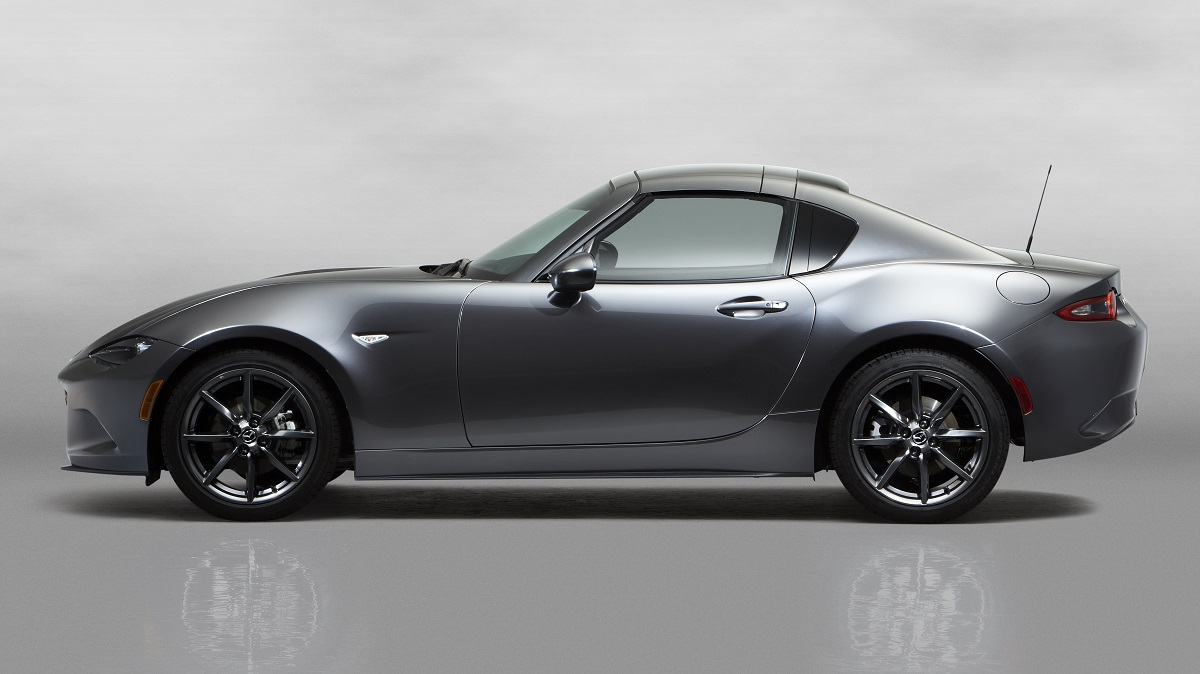 I was blown away by the redesigned Mazda MX-5 when I had the opportunity to drive the all-new 2016 model in the fall of 2015. The MX-5 is a joy to drive, and Mazda did an amazing job of creating a completely new version of this iconic roadster that was inspired by the original launched in 1989. That car won World Car of the Year and World Car Design of the Year awards, and last year the one-millionth MX-5 rolled of the Mazda assembly line.

The 2016 roadster was launched as a soft-top convertible, and now Mazda has launched the 2017 Mazda MX-5 RF with an impressive power folding hardtop that can open or close in just 13 seconds. I had the opportunity to drive the RF on some beautiful roads in the San Diego area to experience again the joy of driving this excellent roadster.

It’s amazing how the hard top and new roof line adds a whole new dimension to what was already a beautiful design for the MX-5. The hard top makes the vehicle appear more muscular and the roof line evokes the iconic sports cars from the 1960s. Mazda’s engineers worked to create a collapsible hard top without sacrificing design, and as you can see from the photos they certainly succeeded.

Mazda’s Koda design language represents “Soul of Motion, ” the Exhilaration of being moved. It’s intended to evoke emotion in the design. The designers also stress Speed Form – the acceleration of light. As a result the RF looks amazing from all angles as you can see in the video below:

But looks are just part of the appeal with the RF. In an era where we have computers helping us drive as we inch towards a future with driverless cars, the MX-5 stands out as sports car for those of us who love to drive. The handling is amazing and the manual shifting is practically effortless. It’s all about fun as you push it through corners and feel it grip the road.

The 155 horsepower, 2.0-liter four-cylinder engine is perfect for this car, offering the right amount of power for this light roadster. The MX-5 isn’t about straight-line speed but rather superior maneuverability. You can choose a six-speed transmission in either manual or automatic.

With the MX-5 RF you have one of the few options out there that truly let you feel the road and all your surrounding in a way that enhances the driving experience. If you love to drive, this is one of the vehicles you have to put on your test drive list. 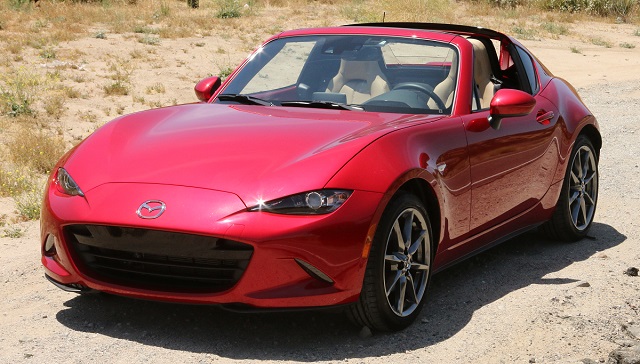 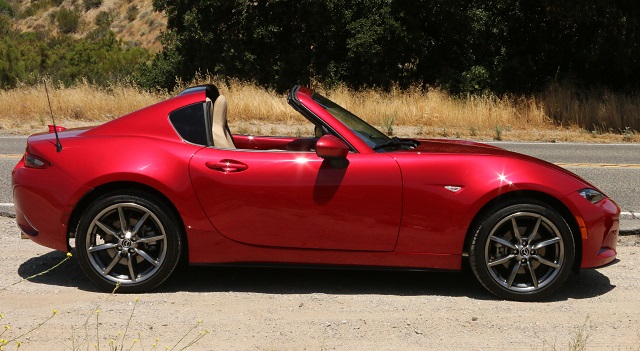