Trending
You are at:Home»Entertainment»Movies»Movie Review: “Cars 3” 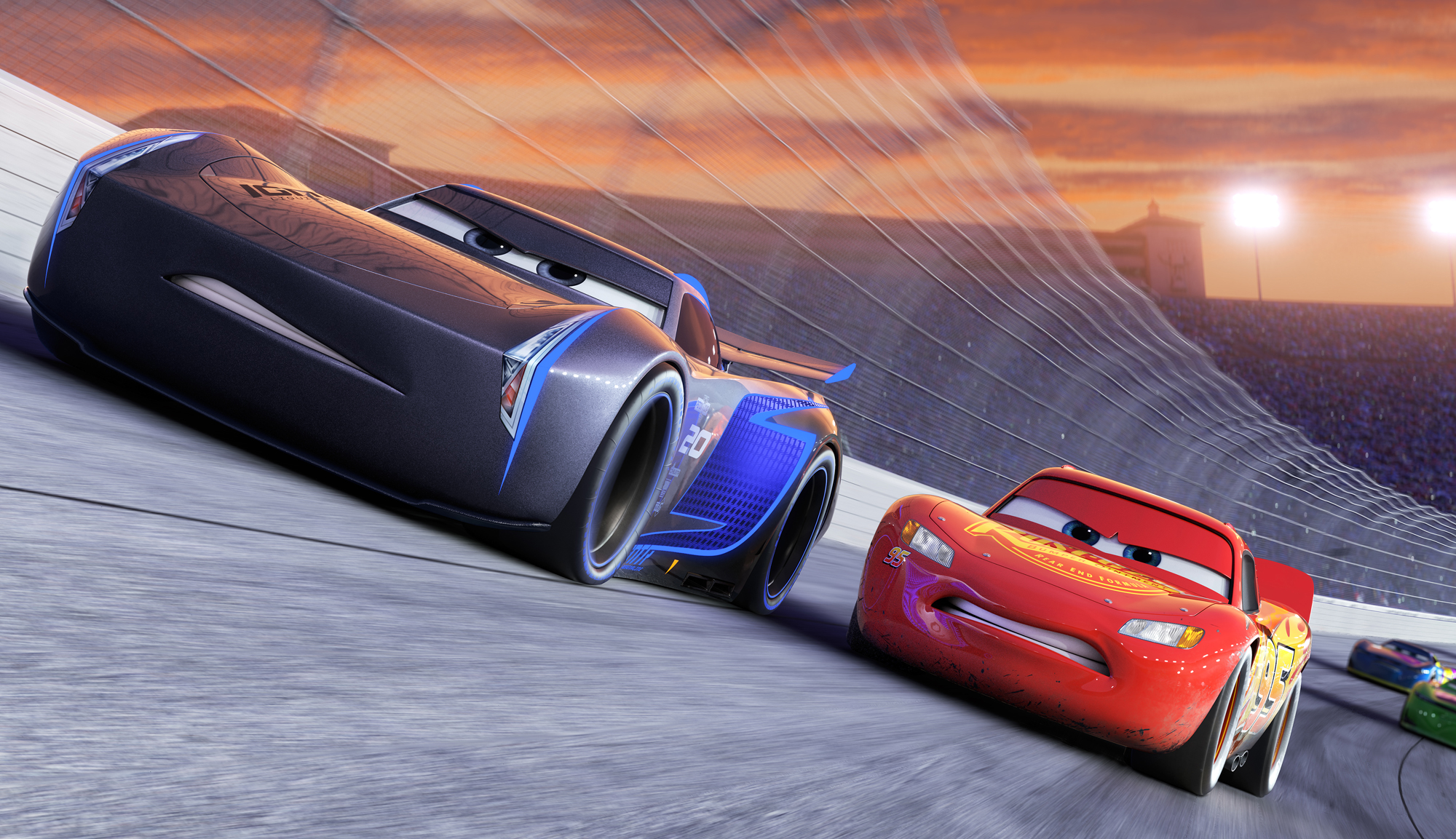 Ah, “Cars” movies. They will never soar like Pixar’s finest work, but there is a modesty to them, a pureness of heart that is difficult to deny. “Cars 3” is in many ways a rehash of “Cars,” in which a humbled Lightning McQueen needs to learn a valuable life lesson in order to rise above the setback of the moment. There are a couple of things, though, that elevate “Cars 3” slightly above its predecessors, namely the stunning blend of what appears to be live action photography with cutting-edge CGI (you’ve literally never seen a Disney/Pixar film like this), and an ending, however predictable, that delivers multiple gut punches.

Lightning McQueen (Owen Wilson) is enjoying life as the best racer on the circuit, until rookie Jackson Storm (Armie Hammer) leaves him in the dust in a race. In what seems like a heartbeat, McQueen and his peers are surpassed by the next generation of racers, leading many veteran racers to retire. McQueen stays in the game but pushes himself too far in his next race, suffering a horrific accident that leads many to speculate that his career is over as well.

After spending several months recovering and feeling sorry for himself in his hometown of Radiator Springs, McQueen learns that his longtime sponsors Rust-Eze have sold the company to Sterling (Nathan Fillion), a lifelong McQueen fan who encourages McQueen to make a comeback, but with a provision: if he loses, he retires and helps Sterling sell a bunch of McQueen-branded merchandise. Sterling assigns Cruz Ramirez (Cristela Alonzo) to be McQueen’s trainer and get him back into racing shape, and to the surprise of no one, the veteran McQueen does not take to the younger Cruz’s methods.

The story makes no bones about which side they’re on in the battle of young versus old. There are scenes of the veteran racers pranking their winning peers after each race, while the new kids are stone-cold killers, only focused on winning and with no regard for the elder statesmen of the game. (Contrast that with McQueen helping The King cross the finish line in “Cars.”) Whether that is simply a lopsided plot line or social commentary is unclear, and for the sake of the movie, it should remain that way. After all, Jackson Storm is roughly the same age as the millennial kids who made “Cars” the massive hit that it was, and here is Pixar throwing them under the bus, or so it seems.

From the very beginning, Pixar has been keen to cast comedic talent of all stripes (Tim Allen, Don Rickles, Julia-Louis Dreyfus, Dave Foley, Denis Leary, Billy Crystal, John Goodman, Jeff Garland, Patton Oswalt, David Hyde Pierce, Billy Connolly, Ellen DeGeneres, Albert Brooks, Kelsey Grammer, Amy Poehler, Bill Hader, the list goes on and on), but they get major props for handing a lead role to someone with more writing credits than acting credits, and only one movie credit before this. Cristela Alonzo has been paying her dues for years (she had her own show on ABC three years ago) but is clearly not at the level as the comedians named above. Casting her in this film is the definitive example of Pixar’s insistence on getting the right voice for the part, as opposed to the most famous voice. Alonzo is pitch-perfect as Cruz Ramirez, equally comfortable with the comedic moments as she is with the dramatic ones.

Side commentary: Alonzo is also the first non-white lead the “Cars” franchise has ever had, which is kind of amazing when you think about it. Between the casting of Alonzo and the addition of a couple of pioneer racer friends of Doc Hudson (more on him later), the “Cars” universe finally has more than a smattering of diversity. The “Fast and Furious” series says, “You’re welcome.”

The specter of Doc Hudson gets a fair amount of screen time in the first act, and at first, it feels gratuitous, as if they are trying to cash in on the memory of a beloved character voiced by a beloved actor who’s no longer with us (the late Paul Newman). This is not the case, as it turns out. Yes, Doc yet again plays a large role in Lightning’s latest soul searching, so it was tempting to think cynical thoughts at first. Then the movie’s third act arrives, and regardless of the fact that it is readily apparent how things are going to go down, it is exactly the ending that everyone on screen deserves, and all is forgiven.

“Cars 3,” much like “Toy Story 3,” is the perfect opportunity for Pixar to walk away from a much-loved franchise with its head held high, but of course they won’t, because money (“Toy Story 4” is scheduled to arrive two years from now, which is nine years after the previous film and 24 years after the first installment). But never mind that: what I really want to know is how McQueen was able to thread the reel-to-reel film in that scene where he was feeling sorry for himself. His hands are tires. Enough with the lies.