Trending
You are at:Home»Entertainment»Movies»Movie Review: “Star Wars: The Rise of Skywalker” 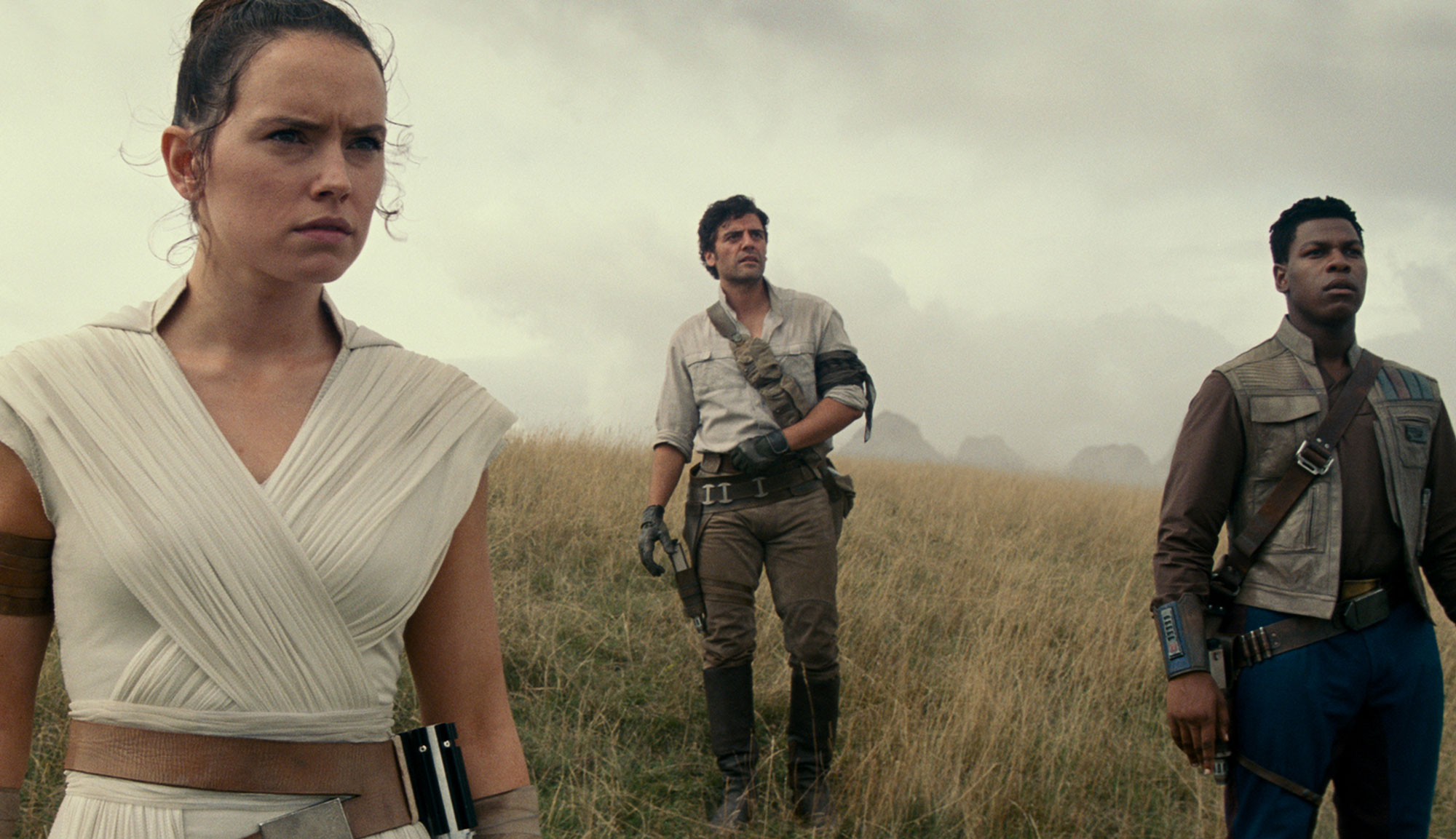 With “Star Wars: The Rise of Skywalker,” audiences come to a sort of ending – for now, at least – of the saga that began over 42 years ago with George Lucas’ original space opera. Much like “Avengers: Endgame,” “The Rise of Skywalker” isn’t an ending to all stories told within the universe or the brand itself, but it does act as a (temporary) bit of punctuation meant to bring these decades of storytelling to a satisfying conclusion. Though “The Force Awakens” found director/co-writer J.J. Abrams capturing a lot the spirit of the original films while creating interesting characters and fun sequences, it unfortunately felt a bit too much like a retread.

Abrams returns as director and co-writer (this time with Chris Terrio) for “The Rise of Skywalker,” and it’s a whole new beast with its own set of problems. There are some thoroughly engaging sequences, strong performances, great creature designs and rewarding moments for the “Star Wars” faithful, but there’s also a bunch of exposition, what feels like arbitrary introductions of changes and rules, complete disservice to various characters and an oddly defiant repudiation of a large majority of “The Last Jedi.” In other words, it’s a modern “Star Wars” film – flawed but with winning moments that will surely make internet discourse somehow even more awful.

The end of the “The Last Jedi” found the Resistance, led by General Leia Organa (Carrie Fisher), shrunk down to merely dozens of members after losing their latest battle with the insidious First Order. Kylo Ren (Adam Driver) ascended to rule over his fascistic army after killing his sinister master, psychically bonding with Rey (Daisy Ridley) over their muddled roles in a centuries-old grudge match and watching his former mentor (Mark Hamill) fade into the afterlife. Poe (Oscar Isaac) learned that he’s part of a group and can’t simply go off on adventures as the cavalier hotshot he wants to be. Finn (John Boyega) found his place in the intergalactic civil war thanks to Rose (Kelly Marie Tran). And Rey uncovered an increased confidence in her powers as she, General Organa and the remaining Resistance members pile on to the Millennium Falcon and figure out how to save their universe without constantly falling into the same historical pattern of events.

But none of that really matters now. Well, that’s not entirely true. Kylo is still in charge of the First Order, the jackboot army that remains intent on ruling every inch of the universe with an iron (and oddly British) fist; the Resistance is still the plucky group of ragtag fighters that are a bit greater in numbers than when they were last seen; and Rey is continuing her Jedi training while engaging with Kylo Ren in love/hate psychic banter. The film’s opening crawl fills us in on the rest, as Kylo and his Knights of Ren are storming across the galaxy trying to locate the origin of a broadcast that appears to be from Emperor Palpatine (Ian McDiarmid) himself, who somehow survived getting tossed down a conveniently placed shaft in the second Death Star before it exploded in “Return of the Jedi.” Kylo doesn’t want anyone challenging his claim to leadership and seeks to kill Palpatine, only to learn that the Emperor has somehow built a whole fleet of mega-Star Destroyers capable of wiping out literally everyone and everything in the galaxy. Rey, Finn, Poe, Chewbacca (Joonas Suotamo), C-3PO (Anthony Daniels) and BB-8 learn of this new development and quickly scramble to find the Emperor’s secret lair and shut down the so-called Final Order that the resurrected Sith lord has conjured.

From there, the audience is treated to cameos by, and references to, a bunch of previous characters and moments from the other films in addition to a constant sense of movement from one frenetic set piece to the next as secrets are uncovered and various characters undergo changes and meet their fates. So much of this feels like overcompensation from what Abrams must view as the perceived flaws of Rian Johnson’s “The Last Jedi,” and in multiple incidents, the film acts as a direct refusal of the broadening philosophical and thematic questions that Johnson introduced. “The Last Jedi” had a lot of dialogue-driven scenes where the emphasis was on two people who seemed at odds but also oddly similar doing a sort of tense dance around each other to feel out what was happening. “The Rise of Skywalker” doesn’t have a lot of discussion scenes, but it does have a lot of flying, fighting, blasters, force blasts, lightsabers, explosions, jumping, running, quipping and John Boyega constantly screaming different characters’ names.

To be fair, there are some great action moments and really cool exploration of the power of the Force. Isaac is still a very entertaining rogue whose charm carries many scenes, while Boyega remains a captivating and charismatic presence who is too often relegated to audience-surrogate jokes and vague motivations. Ridley and Driver both handle their roles well, even if there are some lines that are incredibly awkward and the inner lives of these complicated characters gets very muddled without much in the way of emotional logic or reason. Additionally, the creature design is top-notch once again, with Abrams using a lot of practical effects and outstanding CGI to craft a very neat looking universe.

The third act possesses impressive fight choreography and aerial staging but also too many fast-paced cuts, an ill-defined sense of stakes and a few moments that are way too similar to two recent films (one involving a historical event and the other involving another branch of Disney properties) that makes what should be a rousing scene come across with a sense of “We’ve seen this already, and better.” Another issue with “The Rise of Skywalker,” which has actually been prevalent in all entries of this new trilogy, is the constant sense of disposable characters. There is an awful handling of previously important figures in order to introduce new, temporary replacements that viewers have no history with and therefore no emotional attachment to. It appears that while a ton of events have happened offscreen between “The Last Jedi” and “The Rise of Skywalker,” no one has talked to each other in that span of time and their relationships have essentially been put on pause.

“The Rise of Skywalker” has many oversized moments with massive events and crazy things happening that are constantly meant to be underscored as Epic Game Changers. But without the throughlines of consistent character arcs, there’s no emotional investment in most of these actions. Whatever concern or interest we have in what happens to these characters is based on any lingering nostalgia or the fact that they seem like a pretty cool bunch. “The Rise of Skywalker” isn’t the worst “Star Wars” film, but it may be the most “Star Wars” film. It’s a composite of all the strengths and weaknesses from every entry in the saga, from “A New Hope” to “Revenge of the Sith” to “Solo” and everything in between. For some people, smushing these moments together is a fitting culmination for a 42-year experience. For others, it will reveal a lack of vision that tries and fails to apply a poetic coherence to an epic tale. In the end, a lot of it is what people bring to the theater with them. To use an old Yiddish proverb, “It was good, but it’s good that it was.”