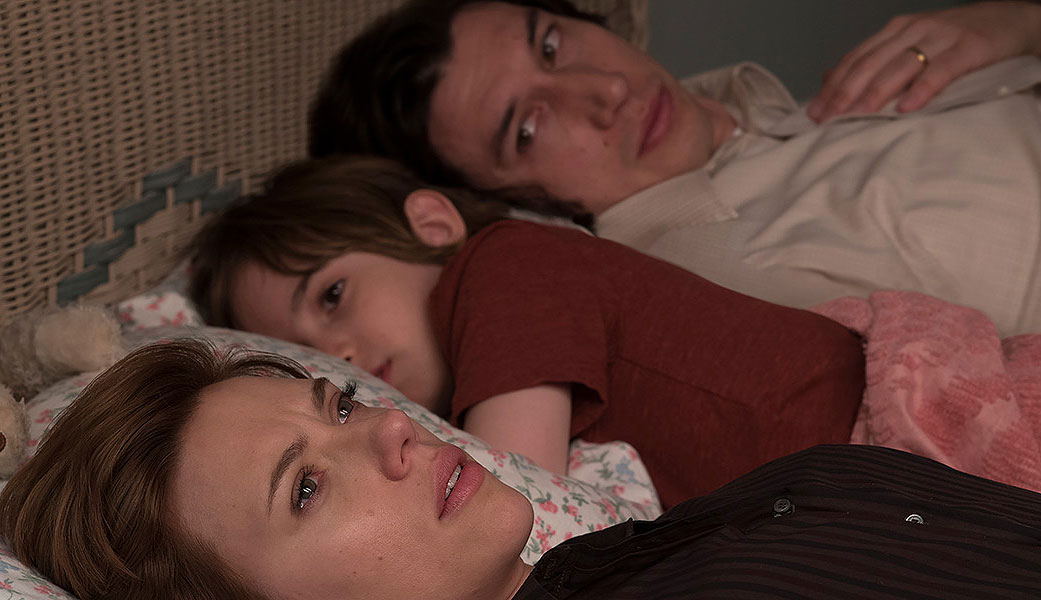 A director like Noah Baumbach seems like a great fit for Netflix. He’s never been a flashy, visuals-first type of filmmaker, relying more on his skills as a writer and crafter of dialogue to create compelling stories. His movies often feel like they could be plays, focused on deep conversations in small rooms. His newest film, “Marriage Story,” continues that trend, but after a rapturous festival response at both Toronto and Venice, Netflix has given the movie a one-month theatrical release prior to its debut on the service in December. Compare this to his last film, “The Meyerowitz Stories,” which was well-regarded but came and went on Netflix with little fanfare, and “Marriage Story” is poised to make a bigger splash.

Charlie (Adam Driver) is the sort of protagonist you’d expect from Baumbach, firmly planted in the New York intellectual elite as a successful avant-garde stage director. He has talent, surely, but it’s all gone to his head, especially once his most recent play gets a move to Broadway. Everything should be coming up roses for him if not for the dissolution of his decade-long marriage to star actress and personal muse, Nicole (Scarlett Johansson). Things start out civil until Nicole takes their son, Henry (Azhy Robertson), out to Los Angeles with her for pilot season where she hires a cutthroat attorney (Laura Dern) to settle the divorce on her terms. The war escalates from there, with Charlie looking into his own high-priced representation (Ray Liotta) as he straddles the two coasts, attempting to prove that he and Henry belong in New York by basically moving to LA. Divorce, it turns out, is complicated, especially when those pesky feelings get in the way.

Baumbach’s script is incisive in all the best ways, utilizing a pair of opening montages to establish what brought Charlie and Nicole together before systematically and precisely cutting them to ribbons. When two lives become so entirely intertwined over ten years, the thought of separating them back out can seem impossible. Sure, you can hope that things would be amicable, but it’s rarely the case, especially once lawyers enter the fray. It’s rather subtle how Baumbach shifts his focus back and forth, treating his leads’ screen time almost like it has its own set of visitation rights between the parties. It effortlessly switches from sections dominated by Johansson over to Driver and back again, often using their son as the anchor. This gives Baumbach the opportunity to use their distance against them, misinterpreting every choice as an act of aggression and then every act of aggression as a declaration of war. They each want what’s best for them – her burgeoning television career, his stage work that’s earned him the MacArthur fellowship – and selfishly assume that what’s best for them is best for the family. Neither is without sin, though Charlie’s ego and Henry’s comfort in LA really makes it tough to be on his side. But he’s a genuine person for all his flaws, and you can see that emotion etched on his face at all times.

Driver has grown into one of the most respected actors of his generation – a fearless and magnetic screen presence capable of making you believe everything he’s saying no matter the context. He spends much of the film in a bemused haze as their divorce proceedings turn from civil to contentious, unable to understand how things went so sour despite his role in fracturing their relationship. It’s the sort of skillful and soulful performance that’s expected of him now, and he doesn’t disappoint. Johansson plays an interesting foil, so long in the shadow of her high-profile husband despite being the face of his success in many ways. You can see the pain on her face, but it slowly turns defiant as she discovers a new life and a new (or perhaps rediscovered) sense of self in California. Their chemistry is undeniable, and their performances sell the emotion of the script with ease.

While Driver and Johansson take up most of the space in the room, there’s still enough oxygen for some fun and quirky supporting turns, be it Wallace Shawn’s unfathomably horny thespian or Merritt Wever and Julie Hagerty as Nicole’s sister and mother, respectively. But it’s Dern, decked out in slinky, aggressive power dresses and extreme heels, who effortlessly steals the movie away whenever she enters a scene. As the movie shifts toward flirtations with a courtroom procedural, Dern takes center stage, calmly escalating the war of words between the fractured lovers into a battlefield. She has great fun sparring with Liotta and Alan Alda (as a grandfatherly and mostly inept lawyer who may not be up for the job of protecting Charlie’s interests), and manages to project shades of meaning onto her character that blurs the line between friend and fiend. “Marriage Story” is all about its performances, and those performances are flawless in every sense of the term.

The power of “Marriage Story” lies in its sense of truth and verisimilitude. Sure, Baumbach’s characters have been known to fall into that sort of unbelievably clever and impossibly written elite that makes for good cinema but not necessarily emotional truth. He can do caustic as well as anyone – look no further than “The Squid and the Whale” for that – but “Marriage Story” manages to come out on the other side with a sense of calm and understanding, making an extraordinarily difficult viewing experience worth the pain to see how people can keep living even when life is determined to beat all the spirit out of you. “Marriage Story” makes it clear that Noah Baumbach has a nuanced and insightful understanding of even the worst parts of life. It’s thorny and difficult, and the “happily ever after” and “till death do us part” ends up failing just as often as it succeeds. The result is a near-perfect piece of transcendent art and one of the true standouts of 2019.