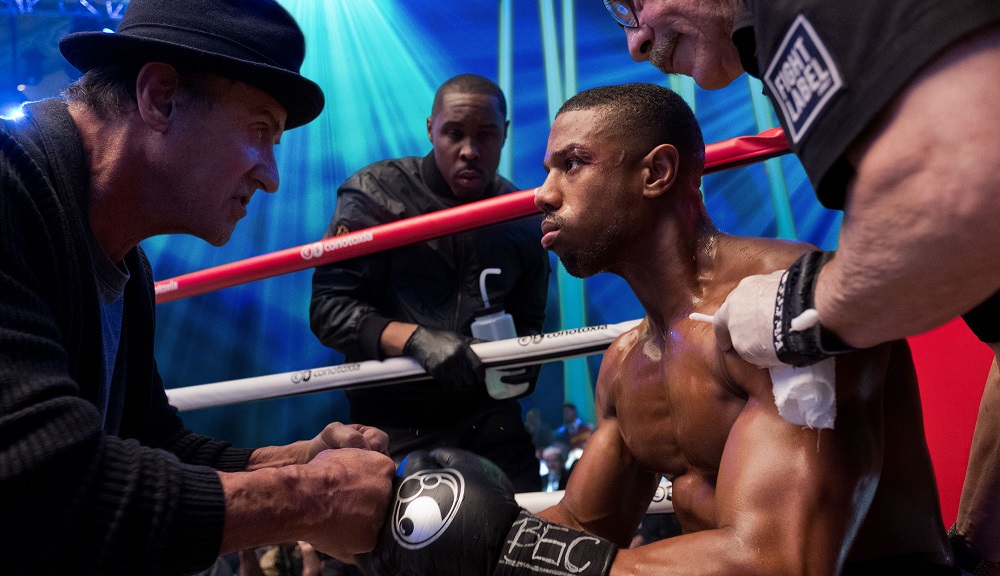 Michael Bakari Jordan has certainly grown up. We remember him as a teenager in 2002 playing Wallace in the first season of HBO’s “The Wire,” arguably one of the best television shows ever made. That show was filled with brilliant performances, and young Jordan delivered as well as one of the pivotal characters in that first season.

Jordan is much more widely known now as a result of his excellent performances as Adonis Johnson in “Creed” and “Creed II” opposite Sylvester Stallone as Rocky Balboa. Along with director Ryan Coogler, Jordan has helped to bring new life to one of the most iconic movie franchises in history. In his review of the first installment, Jason Zingale writes, “Jordan brings a fierceness and vulnerability to the title character that makes his journey very different from Rocky’s own rise to fame (he has a massive chip on his shoulder, and he doesn’t try to hide it), while Stallone delivers his best work in years with a subtler and more emotional performance that continues Rocky’s own arc without stealing thunder from the main storyline.” A new director was brought in for “Creed II,” but Jordan remained as the essential ingredient. Reviewer Steve Katz writes, “Jordan is perhaps the most natural leading man in the industry today, magnetic and brash and soulful, owning the screen with so little effort that it seems actively unfair.”

Jordan also gained notoriety with his role as main antagonist Erik Killmonger in “Black Panther.” This role have Jordan another chance to show off his impressive physique. This profile of Jordan by Men’s Journal following the initial “Creed” details the physical transformation required for that film.

It will be interesting to see where Jordan’s career goes from here. He’s immensely talented, but he’s also becoming a “star” destined to lead big budget films. Certainly more “Creed” installments are in his future. But we’re hoping he’ll take on roles that challenge him as well and don’t require any flexing as a badass character.

Michael talks about sports, his career aspirations and his workout routines on ESPN’s First Take.

More from Michael on his career with Vice Sports.

You know you’re a star when you have over 8.7 million followers on Instagram. He’s also very active on Twitter. You can also check out all his roles on his IMDB page.