Trending
You are at:Home»Entertainment»Movies»Movie Review: “The War With Grandpa” 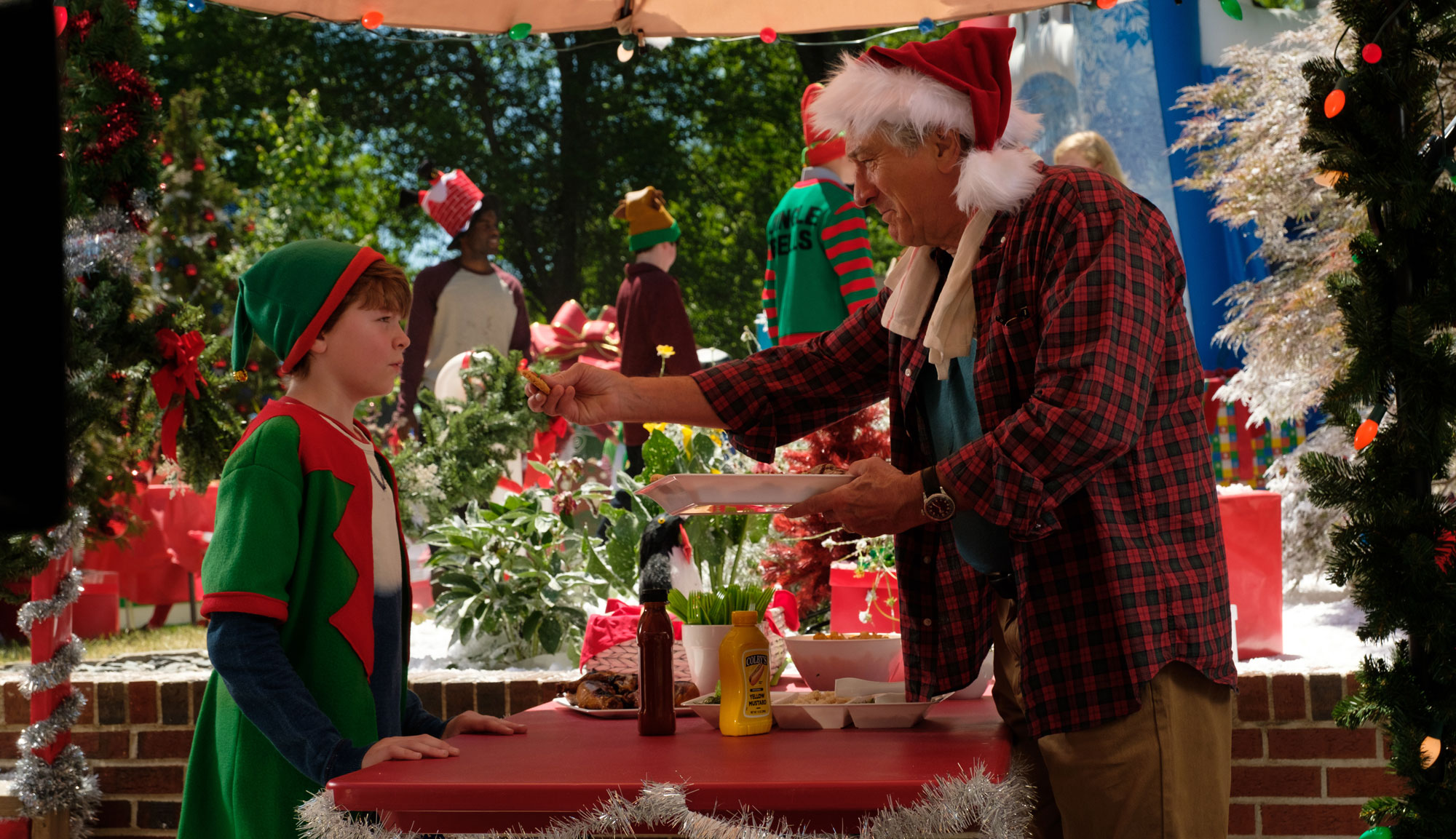 It was around the second time that Robert De Niro accidentally flashes his genitals to his son-in-law (Rob Riggle) in “The War With Grandpa” that the question of phases in acting careers became more pressing. Some actors are able to balance comedic roles with dramatic ones, while others use their comedy past to lure viewers into a false sense of security before revealing their tragic or dark layers to powerful effect. There also exists a large group of established stars who use their gravitas and years of dramatic performances to serve as the basis for their comedy. This group includes De Niro, who has maintained a “serious” career with films like “The Irishman” and “Joker” while also appearing in a fair share of comedies, including his most recent endeavor, “The War With Grandpa,” a movie that finds him engaged in both ludicrous hijinks and serious reflections on the weight of mortality.

After too many incidents prove he’s unfit to continue living alone, Ed (De Niro) is forced to move in with his daughter (Uma Thurman) and her family. He bristles at this change, as does his grandson Pete (Oakes Fegley), who has to give up his room to the household’s newest addition. Pete is not happy about being relocated to the attic and formally declares war — or more specifically, a prank war — in a bid to win back the bedroom. Pete enlists his friends, fellow sixth graders facing a torturous time in middle school, while Ed brings in his own squad (Christopher Walken, Cheech Marin and Jane Seymour), who are also dealing with a difficult transition in life.

Based on the book by Robert Kimmel Smith, “The War With Grandpa” is a fairly by-the-numbers, all-ages comedy that offers a few moments of genuine hilarity amidst baffling dramatic scenes and callbacks to the “kids rule!” style of movies that were prevalent in the late ‘80s to mid ‘90s — films like “Camp Nowhere,” “Home Alone” and “The Wizard” that find children launching zany but essentially harmless practical jokes on adults to the delight of young audiences. “The War With Grandpa” adds a slight spin by revealing that the elderly are just as capable of being silly as their adolescent adversaries. This twinning could have been used to better effect by underscoring the difficulties of getting older, but while the movie feigns in that direction in the first act, it eventually lands at a tin-eared finale that attempts to add a larger moral lesson that doesn’t fit.

“The War With Grandpa” will probably work best for younger viewers due to the improbable but goofy prank-off between generations that has Marin taunting sixth graders and Walken calling his ill-fated attempts at skateboarding “epic.” Parents will find a few jokes aimed their way but mostly will be a bit wistful seeing beloved actors like De Niro, Thurman and Walken inverting their crafted personas to behave like outsized cartoons. “The War With Grandpa” is not a movie that most older audiences will enter with high expectations, but it is notable how many blown opportunities there are for either darker comedic moments or infusing a bit of insight into the plot.

All of the actors do serviceable work in their thinly sketched roles, but only De Niro receives any real depth or dimensions. The treacly moments of emotional honesty play awkwardly instead of as naturally interwoven elements of the family ties, while the late (and extremely odd) introduction of a belabored metaphor about global warfare is fairly off-putting and entirely unearned. In fact, there are not a lot of moments that will last beyond the movie’s end. But while “The War With Grandpa” may not be high art or entirely new in the world of family comedies, matching the pains of adolescence with the difficulties of old age while also allowing the veteran actors to be as goofy as their young counterparts is a nice novelty that delivers some small, refreshing changes to a well-worn formula.

It will be fascinating to see how future generations remember Robert De Niro. Discovering that Robert Stack was a serious protagonist in “The Untouchables” or George Kennedy was an award-winning performer was a genuine shock to those who only knew them from the ridiculous roles they took later in life. De Niro remains committed to all of his performances no matter how absurd, and “The War With Grandpa” is no different. It’s just a shame that the film doesn’t capitalize on the possibilities for greater depth or emotional resonance, but at least it’s not as torturous as others in the genre.