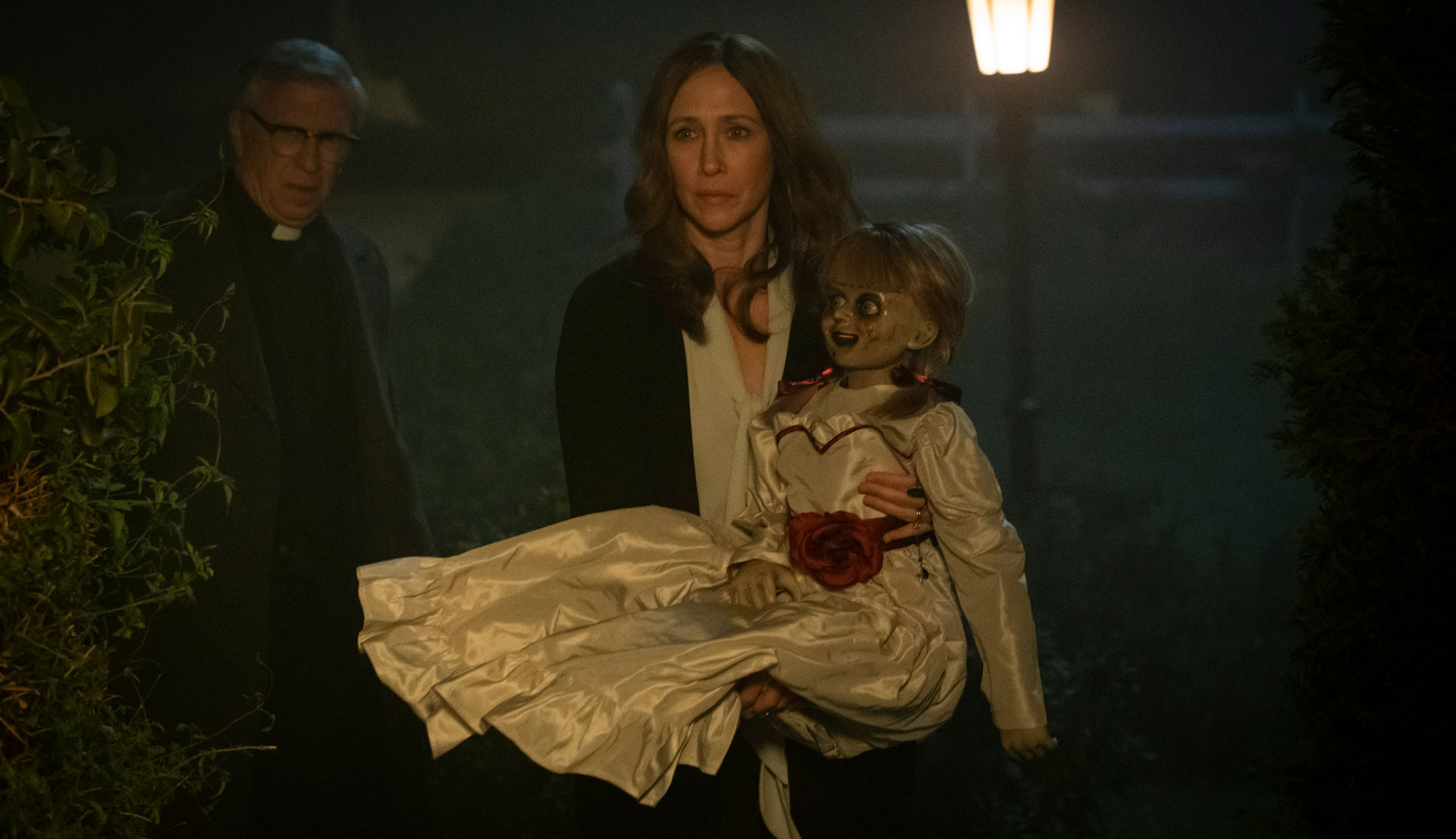 “Annabelle Comes Home” is the best “Conjuring” spinoff movie, which is damning with faint praise. The original “Conjuring” films found director James Wan synthesizing the best elements from the greatest haunted house movies (“The Haunting,” “The Amityville Horror” and “Poltergeist,” among others) combined with a true crime aspect as a result of being loosely adapted from the case files of real-life paranormal investigators Ed and Lorraine Warren. By bringing these elements together, all while grounding much of the tension within characters who we genuinely cared about, “The Conjuring” and “The Conjuring II” are a solid double feature that feels original, surprising and interesting, no matter their debts to previous works or a lack of stakes due to real-world consequences.

The success of those films launched a spinoff universe featuring figures from (or inspired by) the Warrens’ other cases. “Annabelle,” “Annabelle: Creation,” “The Nun” and “The Curse of La Llorona” all had good moments, fun scares or arresting imagery, but they were mostly pale imitations of Wan’s work. “Annabelle Comes Home,” the directorial debut of screenwriter Gary Dauberman (who wrote the other “Annabelle” movies as well as “The Nun”), isn’t as tense or polished as the original “Conjuring” films and certainly has some flaws, but it trades in that scare element for a sense of crowd-pleasing fun, once again wisely choosing to ground it in good character work.

Psychic Lorraine Warren (Vera Farmiga) and her husband, Ed (Patrick Wilson), are off on another paranormal inquiry and leave behind their daughter Judy (McKenna Grace). Judy is constantly bullied at school due to her parents’ professions and reputations along with burgeoning psychic abilities of her own. Luckily, she gets to hang out with her favorite babysitter, high schooler Mary Ellen (Madison Iseman), while her parents are away. Mary Ellen’s friend Daniela (Katie Sarife) drops by the Warren house to hang out, but it’s really to take a look at the Warrens’ collection of forbidden and cursed items, including Annabelle, the demonically possessed doll. When the protections that bind these restless spirits and evil entities start to falter, the girls are pitted against a host of unruly apparitions that seek to do harm to them all.

“Annabelle Comes Home” plays very similarly to 2015’s “Goosebumps“; there’s a motley crew of previously contained monsters on the loose and it’s up to a ragtag group of youngsters to get them back in their cages. The difference, of course, is that these are all allegedly based on real cases (or at least folklore), and you won’t be familiar with these characters from a previous incarnation like R.L. Stine’s books. With “The Nun” and the previous “Annabelle” movies, audiences kind of understood the characters and dangers they represented. Since these are (mostly) all new spectres, there’s a lot of exposition, and Dauberman is not able to trade on viewers’ expectant fears as well. So when The Ferryman or a bizarre set of samurai armor pops up, audiences know they’re evil but not exactly sure what threat they pose to the protagonists.

But Dauberman is less interested in creating a chilling haunted house story than a fun haunted house ride. While there is some questionable CGI at times, it’s very well executed with plenty of archetypal horror visuals that will translate nicely into memes, costumes and possibly spinoffs of their own. There is a ton of startling moments, creepy imagery and well-earned moments of shock that will have theaters screaming loudly and then laughing as they recover. The injection of humor, which is present in the “Conjuring” films but not so much in their spinoffs, is also notable and works very well. There are a bunch of good jokes that land and mostly intentional comic bits that play out well to help audiences switch between startled and delighted. The three leads (Iseman, Sarife and Grace) have a natural chemistry found in awkward adolescence along with layers that allow them to be sympathetic, which carries a lot of the film.

“Annabelle Comes Home” is a complete departure from the true crime angle of “The Conjuring” movies. This is a mash-up of horror figures popping up at various times in the hopes of making people spill their popcorn in surprise and fright. It’s a bit anticlimactic, not incredibly original or even scary, but it is a lot of fun. Dauberman has created a good spookhouse ride with moments of levity and wit, and the cast does an excellent job selling that experience. It may not linger in the nightmares of audiences after they’ve seen it, but “Annabelle Comes Home” is still a fairly enjoyable horror romp that plays great with a crowd.