Trending
You are at:Home»Entertainment»Movies»Movie Review: “Dunkirk” 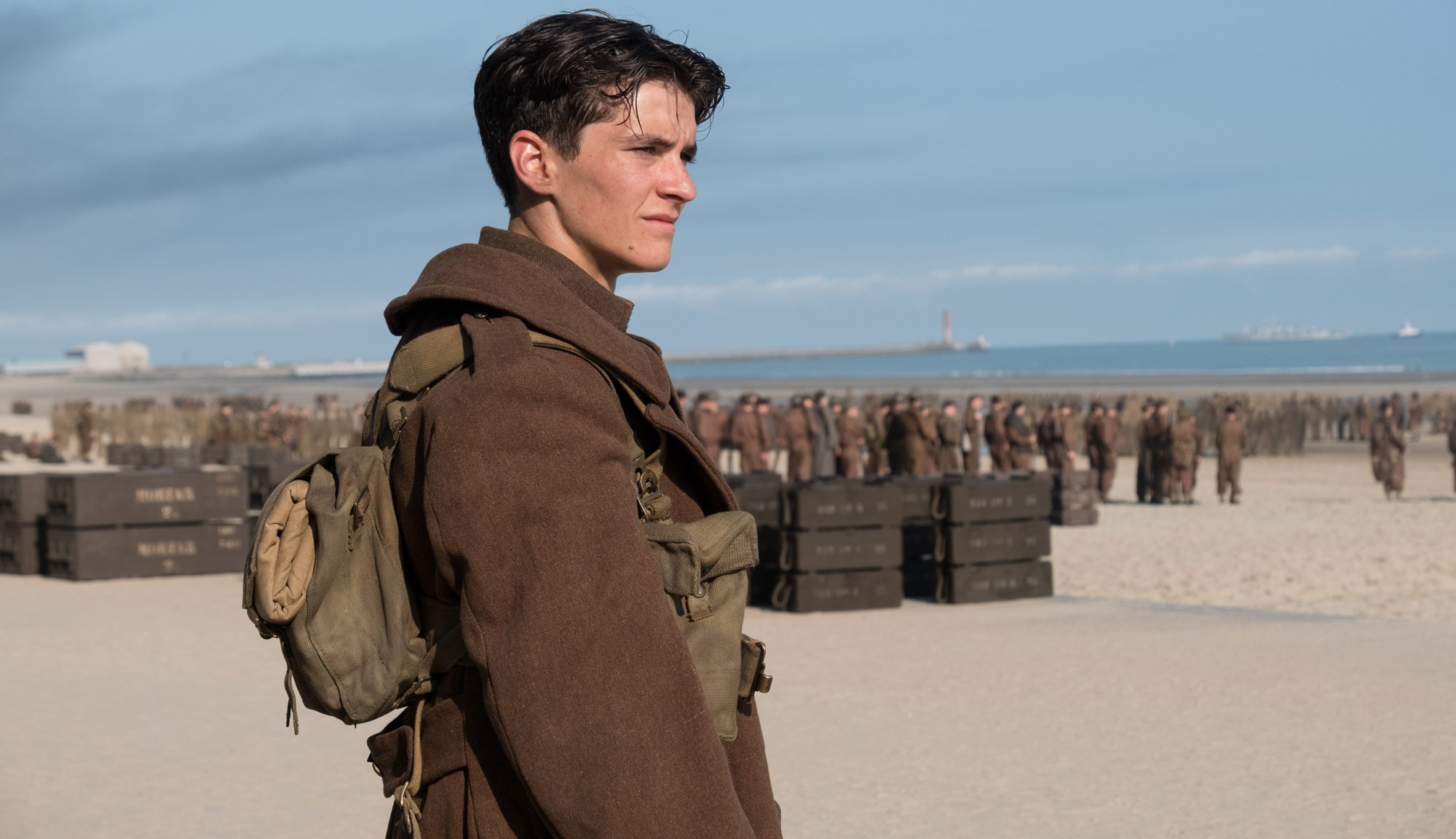 Christopher Nolan decides to make a World War II film, so of course it’s one of the most impossibly English WWII films ever made. The Dunkirk evacuation — which took place 18 months before the United States entered the war — has all of the hallmarks of a traditional underdog story. Allied forces were surrounded on all sides and outnumbered by a factor of two to one. The soldiers were pinned on the beach, making them easy targets. England had an extremely difficult decision to make; even with 400,000 soldiers’ lives at stake on the beach, they stood to lose even more in a rescue attempt.

And Nolan makes the audience feel every second of despair. This is an intense, largely joyless film. It’s positively gorgeous as war movies go, but joyless just the same, with Hanz Zimmer’s unsettling score exacerbating the feeling of hopelessness of the Allies’ predicament. The most surprising thing about “Dunkirk” is how little chatter there is; for the first 15 minutes or so, there are maybe a dozen lines of dialogue, all of them brief and to the point.

The story features three or four ‘A’ plots, starting with English soldier Tommy (Fionn Whitehead), who takes shelter behind the Allies’ front line at Dunkirk beach and befriends a mysterious soldier named Gibson (Aneurin Barnard) by helping him bury a fellow soldier in the sand. Recognizing that there are far more soldiers than there are boats to rescue them, Tommy and Gibson hatch a plan to get on a ship by transporting a wounded soldier, which would allow them to skip the line. This proves to be a far riskier endeavor than waiting on the mainland.

Meanwhile, up in the air, the Allies are being defended by a whopping three fighter pilots, each of whom is forced to choose between saving their own lives or those of their fellow soldiers. Back in England, the Navy has commandeered every sailing vessel they can get their hands on for rescue efforts, including that of Mr. Dawson (Mark Rylance), who with the help of his son Peter (Tom Glynn-Carney) helps rescue the sole survivor of a submarine attack (Cillian Murphy), though that soldier has no interest in rejoining his mates in the fight. Eventually, Harry Styles mixes things up with a healthy dose of paranoia and fabulous hair.

In describing the film to co-worker Alex Gladwin (he writes for Rooster Illusion) and mentioning the words ‘joyless’ and ‘gorgeous,’ Alex said, “Yeah, that sounds like a Nolan film.” He has a point; Nolan’s last two films (“The Dark Knight Rises” and “Interstellar”) had a coldness to them that was hard to shake. Heck, even “Inception” had a far greater emotional payoff well within its grasp, had Nolan been interested in pursuing it. Instead, his recent output has been a master class of technical precision, as if that alone were enough. It’s not, by the way.

It’s hard to argue with the technical genius as it’s happening, though. The shots from the viewpoint of the flyboys make a persuasive argument for just how difficult it must have been for fighter pilots from that era to ever get a bead on their targets, while Nolan gets some stunning photography of the last pilot to land (who’s a Nolan regular, but no spoilers here). The truly impressive work, though, is done in the water. The overhead shots of bombed Navy ships, and really everything shot from the air, is breathtaking, while the sequences inside the boats are merciless and harrowing, plunging the viewer into nightmare scenarios before they’ve had a chance to breathe.

There is no denying Nolan’s skill as a filmmaker. “Dunkirk” alone has enough shots to fill the highlight reel of a director with five times the credits that Nolan currently boasts. The human element is causing him problems, though. In a film where hope is the only thing that the 400,000 Allied soldiers have to hold on to, Nolan is ruthlessly stingy with it, preferring to make the audience suffer a little bit longer (think “Gravity,” set in WWII). This decision ratchets up the tension (that’s good), but at the expense of the emotional investment in the outcome of the entire allied forces (that’s bad). There is much more good than bad here, but it would be nice if the audience could tell whether or not Nolan actually gave a damn about the outcome of the characters that he created.