Trending
You are at:Home»Entertainment»Movies»Movie Review: “Avatar: The Way of Water” 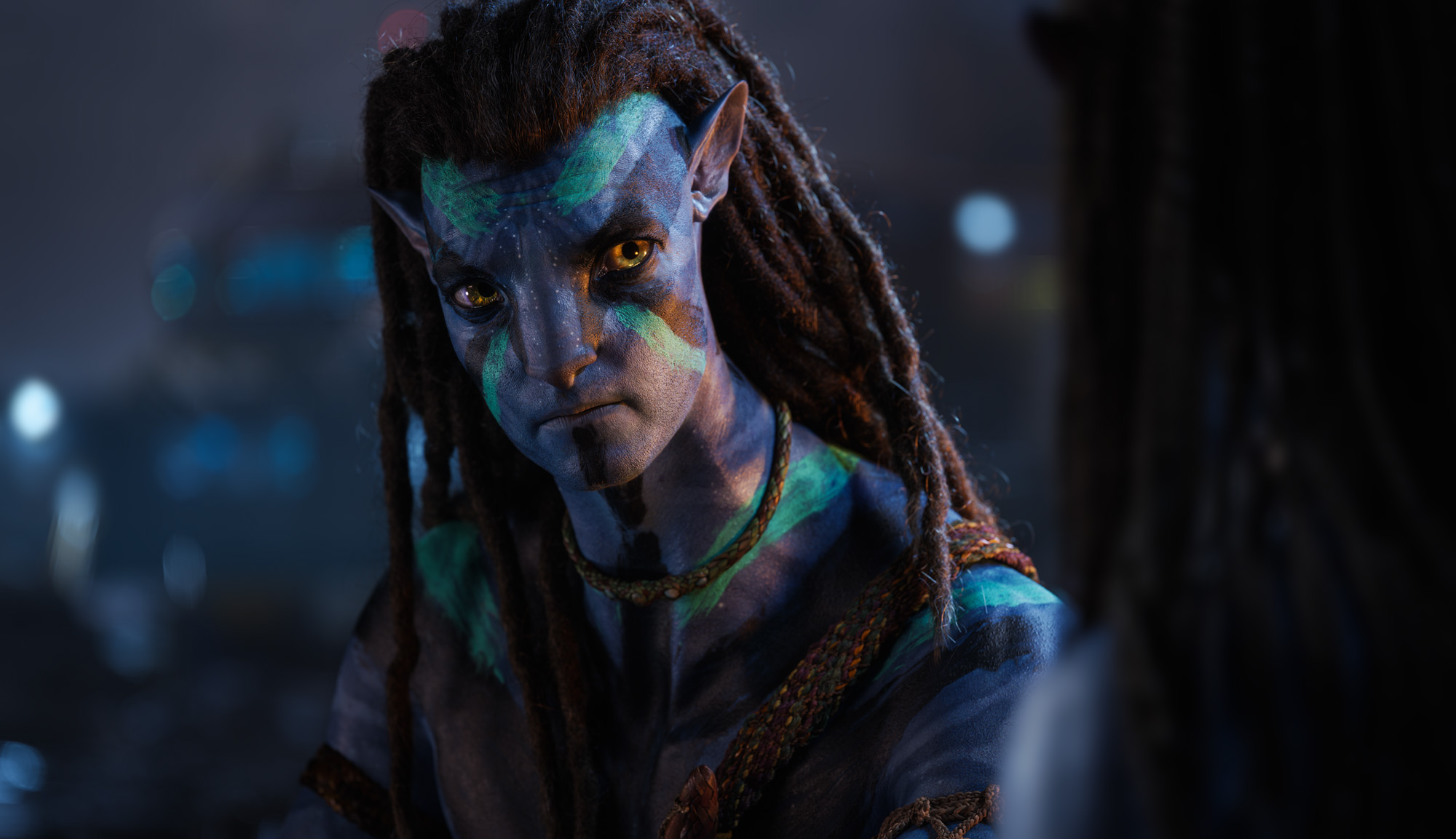 Usually, when I write movie reviews, I spend some time upfront discussing the film’s background or something about the director or a major actor’s previous work. It’s designed to be a bit of table-setting that provides context for those who might not be as plugged into the industry as critics usually need to be. But for “Avatar: The Way of Water,” the sequel to the most successful movie in history 13 years in the making, no context is needed. It’s “Avatar.” You know what it is.

In some ways, the 13-year layoff between these two movies helps, as a lot has happened between Jake (Sam Worthington) opening his eyes at the end of “Avatar” and where he is at the beginning of “The Way of Water.” The film never says exactly how much time has passed, but through voiceover, we’re told that Jake and his wife, Neytiri (Zoe Saldana), are the leaders of their forest tribe of Na’Vi while siring three children, Neteyam (Jamie Flatters), Lo’ak (Britain Dalton) and Tuk (Trinity Jo-Li Bliss), as well as adopting Kiri (Sigourney Weaver), the inexplicable daughter of Dr. Grace Augustine’s avatar from the first film. All is right with the world until the humans return to Pandora with a vengeance, having taken the memories and experiences of the commandos who were killed in the first film and downloaded them into avatars. This means that Quaritch (Stephen Lang) is back and has his own Na’Vi body to settle the score with Jake, leading a team of avatars to find and eliminate Jake and Neytiri. This threat against their people causes Jake to make the hardest decision: leaving the tribe and moving out to the sea, the only way he can guarantee the safety of his people. The sea tribe, led by Tonowari (Cliff Curtis) and Ronal (Kate Winslet), are wary of their new charges and the possibility that they will bring danger with them, but the Sullys are permitted to stay. Still, it’s a matter of time until Quaritch finds them and continues his hunt.

From a story perspective, “The Way of Water” isn’t really designed to break new ground. There is not a single surprise to be found for anyone with even a passing knowledge of three-act plot structures, with every Chekhov’s Gun firing dutifully at exactly the right time. In most ways, James Cameron has essentially remade the first film again, shifting the setting from the forest to the ocean and by extension the central ecological metaphor from deforestation to whaling. We are again treated to Sully learning the ways of the Na’Vi, though there is much more emphasis on his kids this time around, and once again, the humans arrive to threaten the delicate balance of their lives. There’s more to it, of course, but “The Way of Water” is far more about technological advances than evolutions in storytelling.

And yet, the earnestness of it all is so refreshing in an era of blockbuster filmmaking increasingly defined by the endless snark and quips of the MCU and Ryan Reynolds vehicles. Cameron, whose last film was released at a time when Marvel Studios was still in its infancy (and Disney hadn’t conquered the world by buying Marvel, Lucasfilm and Fox), seems like he has been living in a cave for the past 13 years dutifully working on his own thing. But when those 13 years have shown an almost unprecedented homogenization of the blockbuster industry, Cameron emerging with just another one of his movies ends up being rather invigorating. This is no-nonsense bravura filmmaking that comes from the same sort of bygone era that brought us “Mad Max: Fury Road” and “Top Gun: Maverick.”

Clearly, the reason Cameron spent 13 years making “The Way of Water” is almost entirely down to technology, and the look of the film is certainly peerless. So often Hollywood is focused on quantity over quality, with tentpole release dates set on the calendar sometimes before there is a script or director in place. Cameron takes his time, and he has the cache to do so when the last two films he made are “Titanic” and “Avatar.” There is not a false move to be found here — no seams or questionable compositing that is often seen in the assembly-line CGI approach. The 3D, which fell out of favor after he brought it into favor with “Avatar,” feels solid and just as focused on depth of field as it is on gimmicks popping out at the audience. The high frame rate is definitely less effective, not necessarily because it doesn’t work, but more because it is still mixed with traditional frame rate scenes and sequences, and the transitions back and forth do more to break the immersion than if it chose one approach and stuck to it. Either way, the world feels real and weighty (despite so much of it taking place underwater), and also vibrant in a way that far too few CG-heavy projects do nowadays.

“The Way of Water” feels far more like an evolution of the “Avatar” model than a true step forward, and it’s possible that if this film came out four or five years after the first film it would be considered far too similar and disappointing. But absence makes the heart grow fonder, as they say, and Cameron has undeniably built on the foundation that he provided back in 2009. I wouldn’t say Jake Sully is one of the great characters of fiction or anything, but he is far more than the blank slate (or, let’s say, avatar) that he was in the first film, and the tension between his role as a father and his history of a weapon of war is always at the forefront of his actions. The new characters fare well, and while watching Sigourney Weaver play her own character’s daughter has more than a little bit of cognitive dissonance, she also provides the best window into the wonder of it all.

Presumably, we will not have to wait 13 years for another “Avatar” film, and that may be the true test of the franchise. As good as “Avatar: The Way of Water” is, and it really is quite good in every sense, Cameron will need to step more out of his comfort level in future installments to avoid being considered a dog without any new tricks. But right now, at this moment at the end of 2022, James Cameron has once again proved that he really is the king of blockbuster filmmaking.