Trending
You are at:Home»Entertainment»Movies»Movie Review: “Nope” 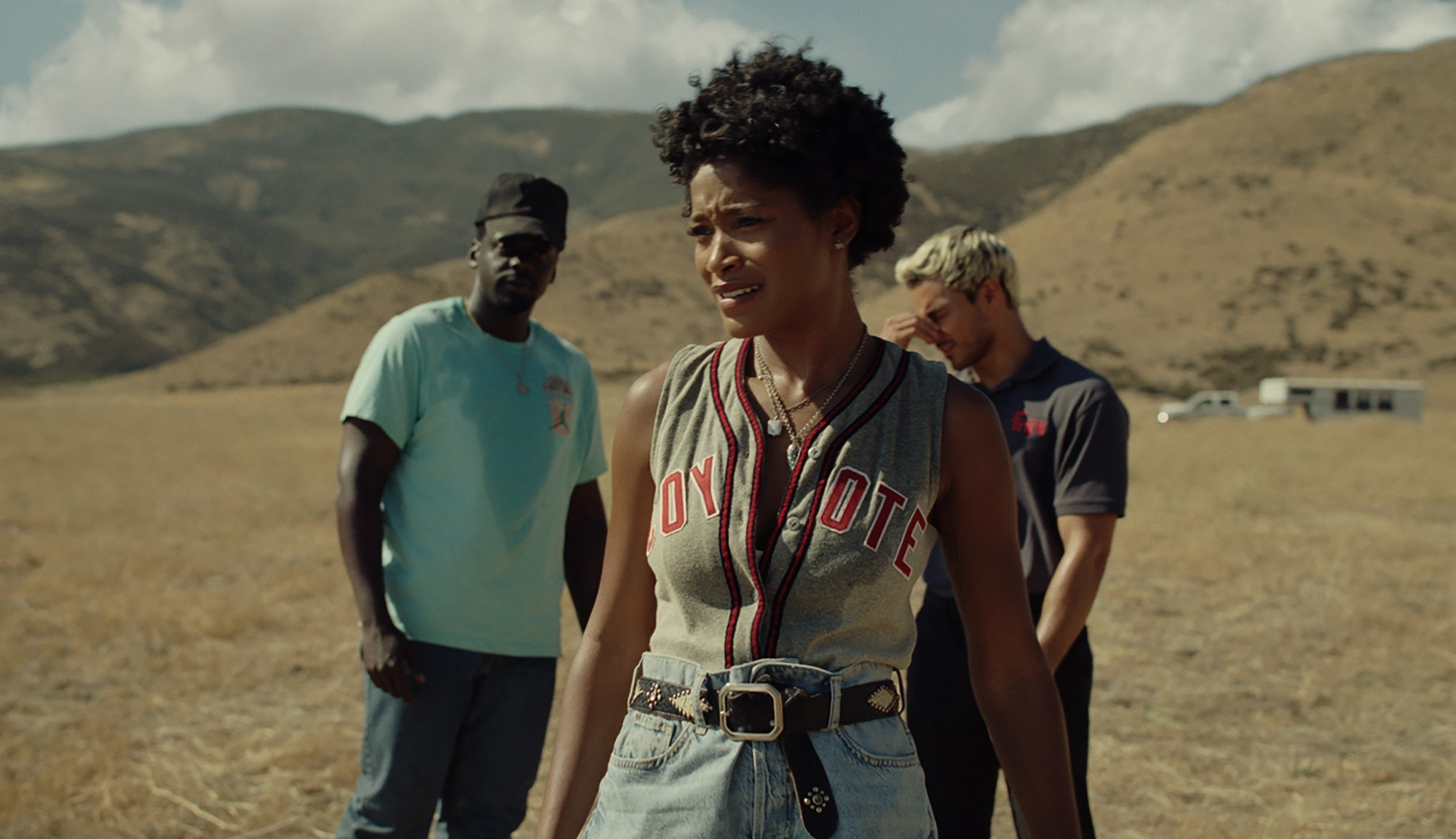 “Nope” not only cements Jordan Peele as a modern master of horror but makes a very compelling argument that he’s the heir apparent to Steven Spielberg. That sounds like pure hyperbole, but it was all I could think of while Peele’s latest movie unfolded. It may be hard to think of Spielberg directing something like “Get Out,” but he began his career with simple TV movies and eventual horror entries like “Duel.” The ability to arouse tension and fear, and not just startle people with jump scares and orchestral stings, reveals an artist assured in his craft and storytelling abilities. Spielberg also loves combining awe and dread, as seen in his earlier titles (“Jaws,” “Close Encounters of the Third Kind” and even “E.T.”) and some of his later works (“Jurassic Park” and “War of the Worlds”); these sources of terror are also impressive unknowns that instill wonder as well as panic. Both filmmakers find fascination in these pockets of horror while maintaining a focus on the very human characters that populate their tales. It may sound like too much hype, but the similarities are not hard to see.

Following the sudden death of their father, OJ (Daniel Kaluuya) and Emerald (Keke Palmer) are trying to continue the Haywood family business of training horses for use in the entertainment industry. Money grows tighter as they find less work, with OJ forced to sell some of his horses to their only neighbor in the valley, former child star Ricky Park (Steven Yeun), who runs a Western theme park. When something odd begins happening at the ranch, OJ and Emerald seek to capitalize even amidst their fear. The siblings enlist the help of an electronics store employee (Brando Perea) and a famed cinematographer (Michael Wincott) to discern what is happening, what it means and how they should react.

“Nope” is the only “Jaws” remake that should be allowed. It’s easy to forget just how funny the 1975 blockbuster is, with fleshed-out characters bouncing off each other with quips and jokes. In lesser hands, such fluctuation between tones would undercut the scares of the shark or the adventure of its pursuit, but Spielberg was never lesser hands. Peele replicates that same balance between comedy, genuine terror, curious wonder and sincere humanity. It doesn’t feel like a stress reliever or some sort of deflation that the characters crack wise during an otherwise intense scene, nor does it feel like tonal whiplash to be laughing until things get gruesomely serious. Instead, through his direction and writing, Peele simply makes it feel like the cross-genre mix that life is, even amidst events that are very much not part of our daily existence.

Peele is greatly assisted by his cast, who all turn in terrific performances as flawed and intriguing characters. Kaluuya and Palmer are tremendous as brother and sister — the sort of relationship where they’re different but not quite opposites due to their shared experiences as kids. Like works by another prolific Steve, this time King and not Spielberg, “Nope” understands the importance of grounding the impossible through relatable people. Though viewers have not faced the situation that unfolds in the movie, they know people just like OJ, Emerald and Ricky.

Michael Abels’ score also uses the familiar to inform the audience’s experience. Switching between the music of old Westerns from composers like Dimitri Tiomkin and Ennio Morricone to the heart-racing adventure music of John Williams to the creepier works of Philip Glass, these cues span the history of film (one of the many recurring themes in “Nope”) and provide some context to the genre-blending. Each piece should sound discordant from the other, but as filtered through Abels, it becomes a piece of a larger whole. Similarly, DP Hoyt Van Hoytema expertly captures the desolate beauty of a dusty ranch as well as the serene horror of clouds moving in the sky. “Nope” isn’t interested in delivering scares for scares’ sake but instead is a rich tableau through the script, the visuals and the audio (including a chilling sound mix), creating an all-encompassing world that happens to contain horrific moments.

Like Peele’s previous two films, “Get Out” and “Us,” “Nope” also features some seemingly odd tangents and imagery that would appear unrelated but are key aspects in unfolding the larger ideas at work. Much like those other movies, there is also a social commentary aspect that relates to the innovations of Black people in entertainment and business that were eventually co-opted by white elites, as well as a return to what appears to be Peele’s central theme, which is about control. In “Get Out,” it was the not-so-subtle racism that leads to eliminating the bodily autonomy of Black people. In “Us,” it was the subterranean people striving to break free from their underground prison and creating a literally bifurcated nation. “Nope,” meanwhile, looks at the limits of conditioning and training, and how by breaking the spirit of a living creature, one is able to properly rein it in. These glimpses into that larger story may throw people off (though they are stirring in their own gruesome ways), but they are the cornerstones to understanding the bigger picture.

While Peele has been working in movies and television for a long time, his move to writing/directing/producing feature films revealed an artist fully formed with his own sensibility and precise vision. He commands a story and weaves across tones and genres without ever seeming erratic or discordant. Despite all these elements colliding within one movie, it plays like a symphony of different parts of the orchestra chiming in at different moments to craft a lush musical landscape. “Nope” is a fascinating film that is hilarious, terrifying and exhilarating in ways that haven’t been seen since a relatively unknown filmmaker delivered the first major blockbuster in 1975. It may sound like overselling, but it shouldn’t be a surprise when — not if — Jordan Peele’s filmography is rightfully placed alongside the great works of Steven Spielberg.