Trending
You are at:Home»Entertainment»Movies»Movie Review: “The Craft: Legacy” 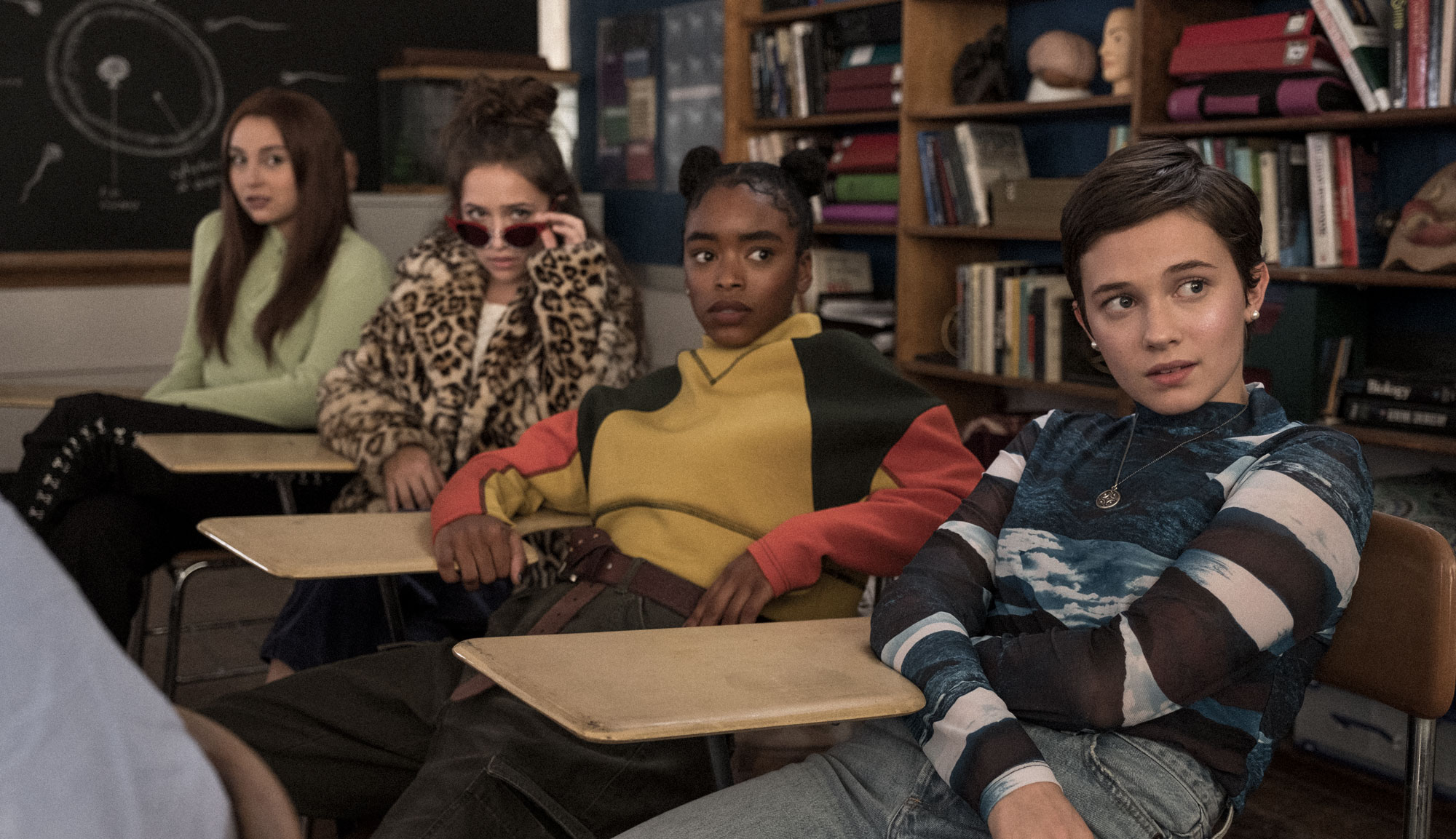 Finding where one belongs seems like it should only be a high school issue, but in reality, it’s a lifelong endeavor as locations change, needs and desires are refined, and opinions and tastes evolve. This is the allure of fringe groups because they’re places where people feel embraced, not in spite of their quirks but because of them. This source of social acceptance ranges from the relatively benign (e.g., enthusiastic fandoms) to the exceptionally dangerous (e.g., hate groups), but it stems from the same drive that most people feel their entire lives — a need to feel at home with the people who provide them love.

1996’s “The Craft” explored this dramatic craving via the lens of high school outcasts using dark magic. The 2020 reboot, “The Craft: Legacy,” takes a different approach to the same issue, though it’s less about outcasts and more about finding and creating that tribe. Writer/director Zoe Lister-Jones has made a film that examines these evergreen topics while situating it in this precise moment in time. Some of the themes and politics are muddled, and there’s very little horror at play, but there are enough clever and sincere aspects to make it a compelling watch.

Lily (Cailee Spaeny) has never had friends or fit in anywhere, so when she relocates to a new town with her mother (Michelle Monaghan) to live with her mom’s new boyfriend (David Duchovny) and his three teenage sons, that trend seems destined to continue, especially after some aggressive bullying on the first day at her new school. In her moment of humiliation and despair, Lily is approached by Frankie (Gideon Adlon), Tabby (Lovie Simone) and Lourdes (Zoey Luna). The trio aren’t exactly the losers of the high school, but they’re certainly seen as an odd bunch. Perhaps it’s because they’re part of a coven that’s seeking a fourth member to complete the circle and realize their witchy potential. United by the arrival of Lily, the quartet begins to explore their newfound abilities. But as their spells suddenly turn dark, Lily becomes aware of a darker force at work in her new life.

Lister-Jones, who made the incredible 2017 dramedy “Band Aid,” has created a film that alternates between a sincere ode to empowerment and a parody of the millennial ideal of “wokeness.” The main cast is nicely diverse and representative and not a simple caricature of stock characters from other teen films. There is a palpable sense of camaraderie among the four actresses that showcases female friendship in a genuine way without being too cloying. Some of the subject matters explored — most prominently gender and sexuality — are given space to breathe and not easily dismissed as empty words or chasing after hashtags.

However, there are other elements in “The Craft: Legacy” that are almost comical in how outsized the issues become or how closely they resemble a mocking portrait of what many people think of as this generation’s approach to acceptance and socializing. When bully-turned-real person Timmy (Nicholas Galitzine) talks about patriarchal roles and systemic issues, it feels like the cool teacher trying to rap with his students to prove that he gets it. Other times, the symbolism and dialogue are so on the nose that it’s reminiscent of Keenan Ivory-Wayans popping up to yell “Message!” following satirically profound moments in “Don’t Be a Menace to South Central While Drinking Your Juice in the Hood.”

That disparity gives viewers a sense of dramatic whiplash and a constant hesitation about the intent of certain scenes or how they were meant to land. This isn’t helped by the fact that there is very little character development outside of Lily and Timmy. While the other members of the coven have clear personalities, there isn’t much for them to do. On the one hand, it would be nice to see what compels these characters to seek out these powers and how they’re using them in their own lives. On the other hand, the implicit message is that the four teenagers pursue this power in response to a world that seeks to perpetuate systems built to bind them.

It’s not really fair to compare remakes/reboots/long-gestating sequels to the original movie, as it’s best to explore something on its own merits, but there are multiple aspects to “The Craft: Legacy” that strongly invite this comparison to the 1996 film. There’s a very similar makeup to the casts and settings of both movies, as well as an abundance of teen-appropriate needle drops and certain abilities that are manifested by the witches that harken directly back to Andrew Fleming’s original film. Lister-Jones enhances her story by using that familiarity with the 1996 version to subvert expectations while also delivering a movie that’s able to stand on its own.

“The Craft: Legacy” is billed as a supernatural drama/teen horror film, and that’s pretty inaccurate. While there’s no point in rehashing the never-ending debate about what makes a horror movie, it’s definitely worth nothing that the supernatural element of the coven isn’t explicitly tied to any sort of larger force or deeper mythology, and there aren’t a lot of moments that convey fear or some terrifying unease. In fact, Lister-Jones seems to have secretly made a teen female superhero film cloaked in the guise of a throwback high school thriller.

“The Craft: Legacy” isn’t necessarily only effective for one demographic, though it appears to be aimed at women who have seen their power denied and their autonomy undermined. However, that sense of looking to belong, finding a power in kinship and embracing an identity that others would denigrate is a fairly universal experience that should resonate with many. The odd dichotomy between the ridiculous and sincere never quite coalesces, but Lister-Jones has crafted a movie that has many more strengths than weaknesses. And while it may not become a beloved cult classic like the 1996 version, it manages to find a new way to turn the line, “We are the weirdos,” into a powerful rallying cry.