Trending
You are at:Home»Entertainment»Movies»Movie Review: “Greyhound” 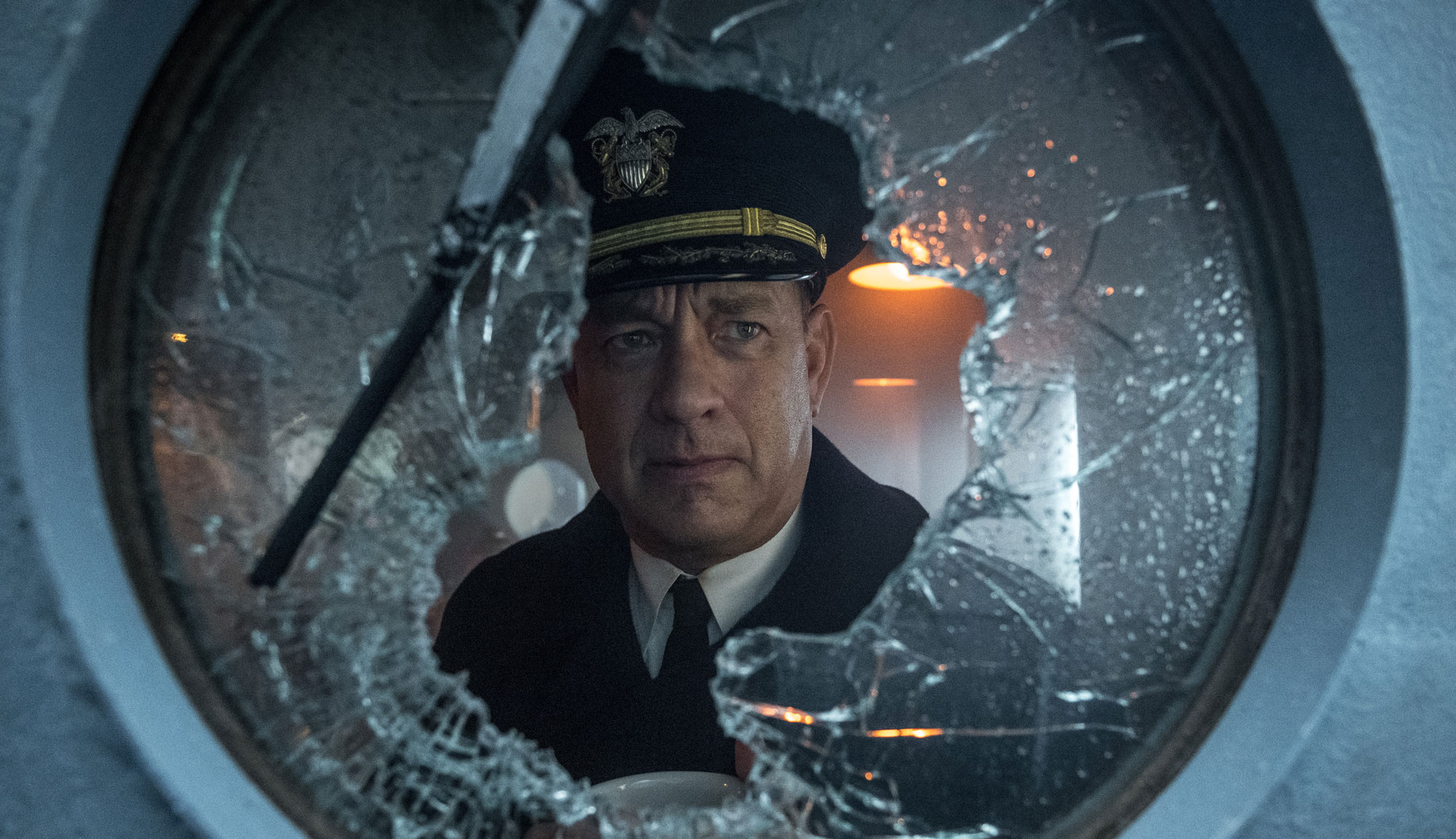 We are currently living in a globally unprecedented historic moment, and it sucks. While there is excitement for the possibility of change to come, it is mostly dwarfed by the constant uncertainty about what life will look like when we emerge from the other side. The nonstop developments around the COVID-19 pandemic, the Black Lives Matter movement, ongoing #MeToo struggles and more are changing how certain stories are affecting people and their perspectives. “Greyhound” is no exception. It’s a middling movie that will certainly entertain dads and WWII enthusiasts by paying homage to the massive sacrifices made at an incredibly turbulent time. There are elements that work well, and many that land with a shrug, but it’s striking how much better the Aaron Schneider-directed film plays in contemplation and theory than in actual experience.

In 1942, the Allied powers band together to assemble nautical convoys of supplies departing from the United States and heading to Liverpool for use by the European front. Each convoy is escorted by a handful of armed naval ships and planes to protect against attacks from German U-boats. However, there is a dangerous stretch of the Atlantic where the planes cannot provide air cover due to the limits of their engineering, and so for the 50 hours it takes to cross the so-called Black Pit, the convoy’s only protection are a few naval vessels. U.S. Navy captain Ernie Krause (Tom Hanks) commands the American ship Greyhound and is in charge of the defenses during one such crossing — a grueling three-day trek where Krause, his crew and the other ships must do their best against invisible enemies in order to survive and complete their mission.

Combining various elements of “The Cruel Sea,” “The Caine Mutiny,” “Run Silent, Run Deep,” “Hacksaw Ridge” and “Dunkirk” (among others), “Greyhound” is a mostly fine movie that offers a great lead performance through how much is reserved and not said. Hanks, who wrote the script based on C.S. Forester’s “The Good Shepherd,” plays a stoic man of faith who keeps himself distant from his supporting officers and does little to show any form of emotion. It’s a subtle turn that doesn’t grant the star any big speeches or blustery moments, but Hanks still generates a lot of strength and courage through his resolve and communicates all of his pain, doubt and sorrow through brief pauses or fleeting expressions on his face. There is an attempt to give Krause a bit of a backstory involving a girlfriend (Elisabeth Shue) back home, but it’s unnecessary, as it doesn’t flesh out the character or provide any sort of motivation.

While names are given to most of the other characters with whom Krause interacts, including those played by Stephen Graham, Rob Morgan and Tom Brittney, there are no discernible character traits for any of them. In other movies, this would be a detriment and would make it hard to care about the stakes or drama involved, but in “Greyhound,” it’s in keeping with a very pragmatic tone – these men all have jobs to do in order to survive the next 50 hours and will have to sublimate their individuality to get through it together. In fact, the only time that names are really acknowledged is during a burial at sea.

The computer-generated imagery of the nautical battles makes it easy to disconnect from a lot of the physical peril and emotional engagement. However, the scenes on the claustrophobic bridge and cluttered walkways of the ship (filmed in an authentic WWII-era destroyer) are truly harrowing. The few artistic flourishes — diving beneath the water to reveal the impending U-boats or soaring above the clouds to take in the Northern Lights — feel like fluff and an attempt to assert something that isn’t really part of the narrative in the first place. Also, the fact that the story is a fictional pastiche pulled from many actual events and historical figures waters down the movie’s impact, as it’s easy to craft impressive tales when not completely bound by reality.

“Greyhound” is a run-of-the-mill, adequately executed story of WWII bravery in the face of impossible odds. The tension and performances elevate it, but there’s not much else to make it stand out from the hundreds of similar films — or at least that would normally be the case. Although audiences may not be blown away by any particular sequence or find themselves endeared to any particular crewman, the overall story of simply maintaining through an unknown and treacherous time hits very differently at this moment, allowing “Greyhound” to take on greater meaning in the mind than on the screen.