Trending
You are at:Home»Entertainment»Movies»Movie Review: “Jumanji: The Next Level” 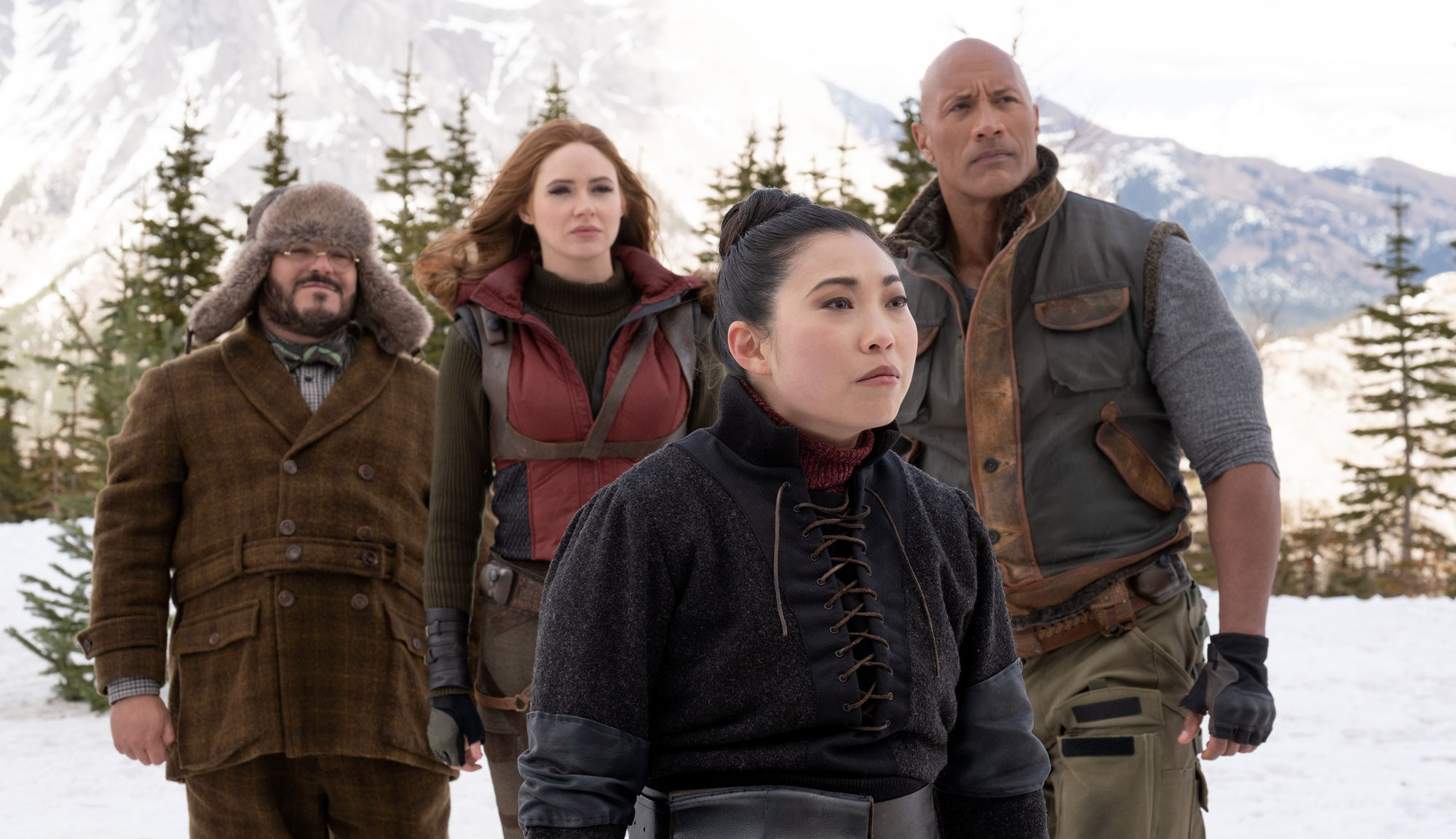 That the makers of “Jumanji: Welcome to the Jungle” could find time in their schedules to write and shoot a sequel (with all eight of the principle characters) two years after the original is simply unthinkable in this day and age. It took Disney six years to follow up “Frozen,” and it took Sony a decade before “Zombieland: Double Tap” happened. They must have had a can’t-miss idea ready to throw at audiences, right?

Yeah, sure, whatever. “Jumanji: The Next Level” is for all intents and purposes a carbon copy of its predecessor wrapped up in a new, and more challenging, package. The story has a lot of fun with reassigning the avatars to the human players, and there is one level the players must beat that is so visually stunning that it almost makes up for the dodgy CGI in the first film. In the end, though, it’s the first film all over again.

It is Christmas break, and Bethany (Madison Iseman), Fridge (Ser’Darius Blain), Martha (Morgan Turner) and Spencer (Alex Wolff) are planning to get together, but Spencer is feeling lost and isolated. When he doesn’t show up for their outing, the other three go back to his house and discover that Spencer has the broken “Jumanji” video game in his basement. Thinking that Spencer has gone back into ”Jumanji,” his friends enter the game to try to save him, and they’re joined by Spencer’s grandfather Eddie (Danny DeVito) and Eddie’s former business partner and estranged friend Milo (Danny Glover), who were arguing upstairs when the game was activated. Eddie and Milo, predictably, are a bit slow on picking up the whole ‘you’re inside a video game’ concept, much to the group’s detriment.

That last joke works on a couple of different levels. On the one hand, it’s hilarious to watch Kevin Hart, who had very little to work with the first time around, drawl his dialogue in a perfect impression of Glover. On the other hand, it’s clear that it would be better for all concerned if anyone but Milo was playing the role of Mouse, which speaks to an immutable truth about gaming: some people are just better using certain avatars than others.

All of the main avatars (as in Hart, Dwayne Johnson, Karen Gillan and Jack Black) are inhabited by multiple players here, and while Hart’s Glover impression is impressive, it’s series newcomer Awkwafina who steals the show as the thief Ming. (Unfortunately, that’s all we can say about her without giving away too much.) The other actors are clearly having fun as well – Gillan and Black, in particular, seem to relish the chance to “play” Fridge – but they have nothing on Awkwafina.

The justification for this film’s existence, though, is flimsy at best. Spencer of all people should know that “Jumanji” is a team effort and that he cannot survive the game without a little help from his friends. That he would re-enter the game alone is beyond dumb. They might do some great things once they’re inside the game – the rope bridge level and Gillan’s dance fight come to mind – but the reason for them happening is inexcusable.

“Jumanji: The Next Level” is a fantastic distraction, and in some ways improves upon its predecessor, but it spends far too much time simply being its predecessor. This seems to be Sony’s sequel formula of choice – “22 Jump Street,” “Cloudy With a Chance of Meatballs 2” and this year’s “Zombieland: Double Tap” all follow the same playbook – and while the end results have been profitable sequels, it has yet to result in a satisfying one.