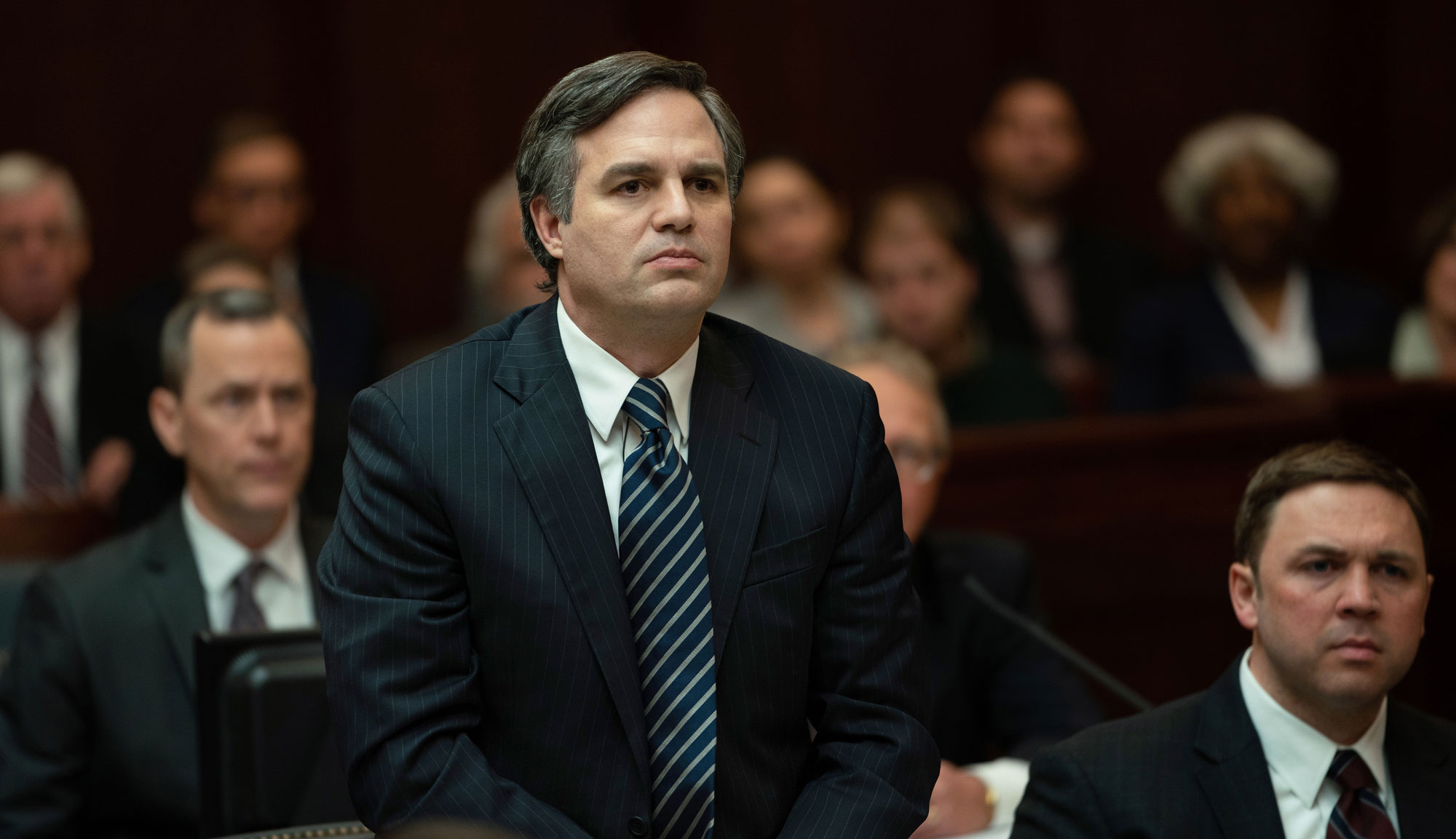 The judicial system comes already designed for drama – it’s literally a place of conflict and speeches with two opposing sides expressing their ideologies. “Dark Waters,” the latest film from director Todd Haynes, is a legal drama about the rigged systems in place that inevitably protect the powerful while harming the everyday person. While it’s a compelling and moving story that contains some very strong performances, the movie continually shifts between being a drama, a real-life exposé and a legal thriller, which ends up creating a muddled feel that never coheres. Every strong element is undercut by an odd decision in the script or a lack of visually engaging material.

Robert Bilott (Mark Ruffalo) is a newly minted partner at a prestigious law firm in Cincinnati, Ohio, that specializes in representing chemical companies. He’s barely in the job a day when a farmer from Robert’s hometown in West Virginia arrives at his office angrily insisting that Robert help him fight DuPont, the chemical company he believes is poisoning his land and killing off his livestock. Eventually, Robert takes on the case, even though it means alienating former colleagues in the industry and many hours of work with little pay, much to the consternation of his wife, Sarah (Anne Hathaway). The struggle spans many years while Robert tries to use his insider knowledge of how these corporations work in order to seek justice for the people of this small town.

Across his filmography, director Todd Haynes doesn’t have a specific aesthetic, but he does have a lot of style. “Far From Heaven,” “Safe,” “Velvet Goldmine” and “I’m Not There” all have strong visual touches that mesmerize while telling complex and human stories. “Dark Waters” is unique among his work in that there is very little of that striking imagery present. There is an aesthetic, but it’s a blue-hued, color-corrected vision bolstered by lots of fluorescent lighting, handheld camera shots and drab locations. Perhaps this is meant to emulate a more serious tone, or maybe it’s because the film is very much a legal procedural and has to dole out so much information that the decision was to tone down the visuals.

One thing that Haynes does carry over into “Dark Waters” is his ability to get excellent performances from talented actors. Merely by making a bunch of small physical choices like slouching, pursing his lips and shuffling about, Ruffalo transforms to give Bilott this air of always being overlooked. It’s not a pathetic character but rather one that is constantly underestimated and seems unlikely to handle the literal physical toll of standing up to a large conglomerate. Similarly, there are compelling performances by Bill Pullman as a West Virginia lawyer and Victor Garber as DuPont’s chief legal counsel. Hathaway turns in a good performance but is ultimately undone by the film’s biggest weakness: the script by Mario Correa, which is based on an earlier screenplay by Matthew Michael Carnahan and a New York Times Magazine article by Nathaniel Rich.

With the exception of one scene, Sarah Bilott is written as the constantly suffering wife who gave up a career in law to raise children. She yells at Robert that he’s committing career suicide, then later yells at him that he’s too obsessed with the case, and then yells at him again that they don’t have any money to live the way they used to, all while insisting that she has “never once complained.” Make no mistake, Hathaway does her best with the material provided and injects a lot of truth into being frustrated by these circumstances, but it’s just poor writing to have her scolding Robert or crying about his decisions in almost every scene she’s in. The screenplay excels at walking through the process of the case so that anyone not familiar with corporate law or chemistry can easily understand what’s going on, and it’s all done with dialogue that feels very natural. But then there are a handful of speeches where people pontificate on what “this” all means, and they come off more like monologues for auditions than normal human discourse.

“Dark Waters” isn’t really a legal thriller, and not just because there’s no imminent physical threat menacing people (outside of the chemicals, of course.) The audience already knows the truth about the situation from the start, as the opening shows DuPont employees suspiciously pouring something into a big lake. It’s a foregone conclusion what happened and who knew about it, but while the destination is never a mystery, the journey there should at least be compelling. The film contains a number of engaging scenes, whether it’s Bill speaking to affected citizens, strategizing his next move or being outraged by the duplicitous nature of his adversaries. Unfortunately, some poor writing, bad characterization and an uncharacteristically muted visual palette from Haynes undercut much of the journey. “Dark Waters” is a touching and important story, and the film has some real strengths. It’s just a shame that it can’t consistently maintain a level of quality throughout.