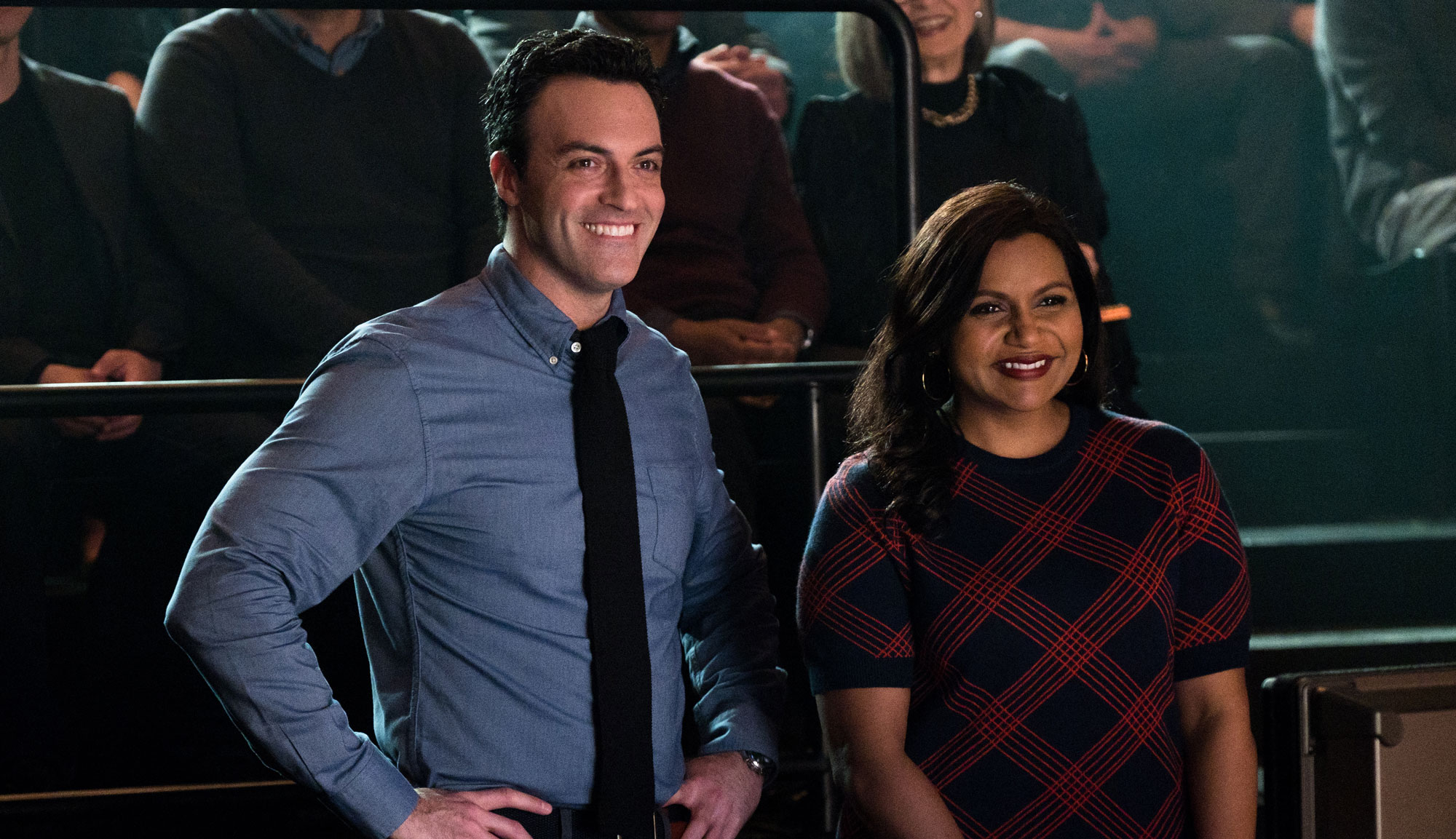 In its five years or so of existence, Amazon Studios has done a good job of putting a spotlight on smaller films through a strong theater push followed by plenty of exposure on their Amazon Prime platform. They’ve had a nice range of acquisitions too, from awards darlings like “Manchester by the Sea” and “The Salesman” to more mainstream fare like “The Big Sick” and “Life Itself” – even offering artsier, niche movies like “The Neon Demon” and Luca Guadagnino’s “Suspiria” remake far more visibility than other studios would ever consider. That’s especially true when you consider the propensity for Netflix, their biggest streaming rival, to unceremoniously release their original films with little (if any) fanfare, and the comparison is stark. “Late Night,” the new movie from writer/star Mindy Kaling and director Nisha Ganatra, seems like just the sort of film that would come and go without much recognition, but under the Amazon banner, it will see a wide release, nicely counterprogrammed against “Shaft” and “Men in Black: International.” Kaling’s been a force on the small screen for some time, so it’s nice to see her biggest film role and screenplay credit have a chance in the spotlight.

Emma Thompson stars as venerated and long-time talk show host Katherine Newbury, the first woman of late night, who’s been doing her thing for close to 30 years. But with that era of dominance has come complacence, and Katherine has devolved into a cantankerous presence and just the sort of hacky monologue peddler she sought to avoid. Her writing staff, all the standard mold of white guy Harvard grads (Reid Scott, Hugh Dancy, Max Casella and Paul Walker Hauser, among others), gave up trying a long time ago; her husband (John Lithgow) is suffering from Parkinson’s disease; and the new head of the network (Amy Ryan) has just informed her that her lagging ratings mean her contract will not be renewed at the end of the year. Enter Molly (Kaling), a young upstart Chemical Plant worker who moves to the big city to become a comedy writer for her favorite show. She’s brought on as a diversity hire and immediately ostracized by the aggressively male writing room, but Katherine’s desperation means some new blood just might be the trick to reclaiming her former glory.

A movie like “Late Night” is easy to like. Its casting pays dividends, with Thompson’s caustic British perfection ably setting up her eventual redemption. She has that dazzle in her eye when dressing down the buffoons on her staff and a devastating melancholy and frustration lurking beneath the surface. She’s a cog in the machine she was supposed to change. She’s more than happy to be a cad and spends much of the film as an antagonist in that deliciously withering English sort of way. She makes it all work remarkably effortlessly and remains eminently watchable as ever. Kaling’s history as a sitcom star has given her excellent comic timing that serves her well. She plays the ingenue here – the relentlessly cheery outsider looking to be a breath of fresh air for an environment that has no interest in it. Thompson’s the bigger star, but Kaling’s the true lead, and for what is probably her biggest film role to date, she comes off well.

Both Kaling and Ganatra come from an almost exclusively TV-focused background, which makes the look of “Late Night” rather spartan. Combine that with a supporting cast whose most recognizable faces also come from TV (Reid Scott from “Veep,” Hugh Dancy from “Hannibal,” Denis O’Hare from “True Blood” and even John Lithgow), and this feels like the sort of movie that could have easily passed off as a TV show. It seems destined to be viewed on the small screen, something that will surely happen once it’s added to Amazon Prime, and doesn’t really take advantage of its cinematic format. That’s not a bad thing, mind you, but it can make “Late Night” feel more than a little slight.

Its comfort in sticking to conventional storytelling backs up that slightness; the script follows a rigid and regimented three-act structure that isn’t looking to swerve its audience. There’s plenty to like within Kaling’s screenplay, with some good jokes and setups and well-sketched main characters, but those characters, especially the ones on the periphery, seem like they should have more to do than what they’re given. Compare that to a movie like “Booksmart,” which excels at giving even the smallest of its supporting characters three dimensions, and “Late Night” comes up short. There’s no reason to care about any of the bros on the writing staff, even the important ones like Scott and Dancy. It hits the beats you would expect from this sort of story, but that’s where it stumbles, happy to skate on a wish fulfillment-tinged final act that lands with a thud rather than a sense of triumph. Perhaps it’s too cynical to hope “Late Night” would be different, but a movie about bucking trends and standing up in the face of the same old same old loses its edge when it turns out to be that exact thing in the end. The last 15 minutes doesn’t completely derail what came before it, but it does leave you with a sour aftertaste.