Trending
You are at:Home»Entertainment»Movies»Movie Review: “The Big Sick” 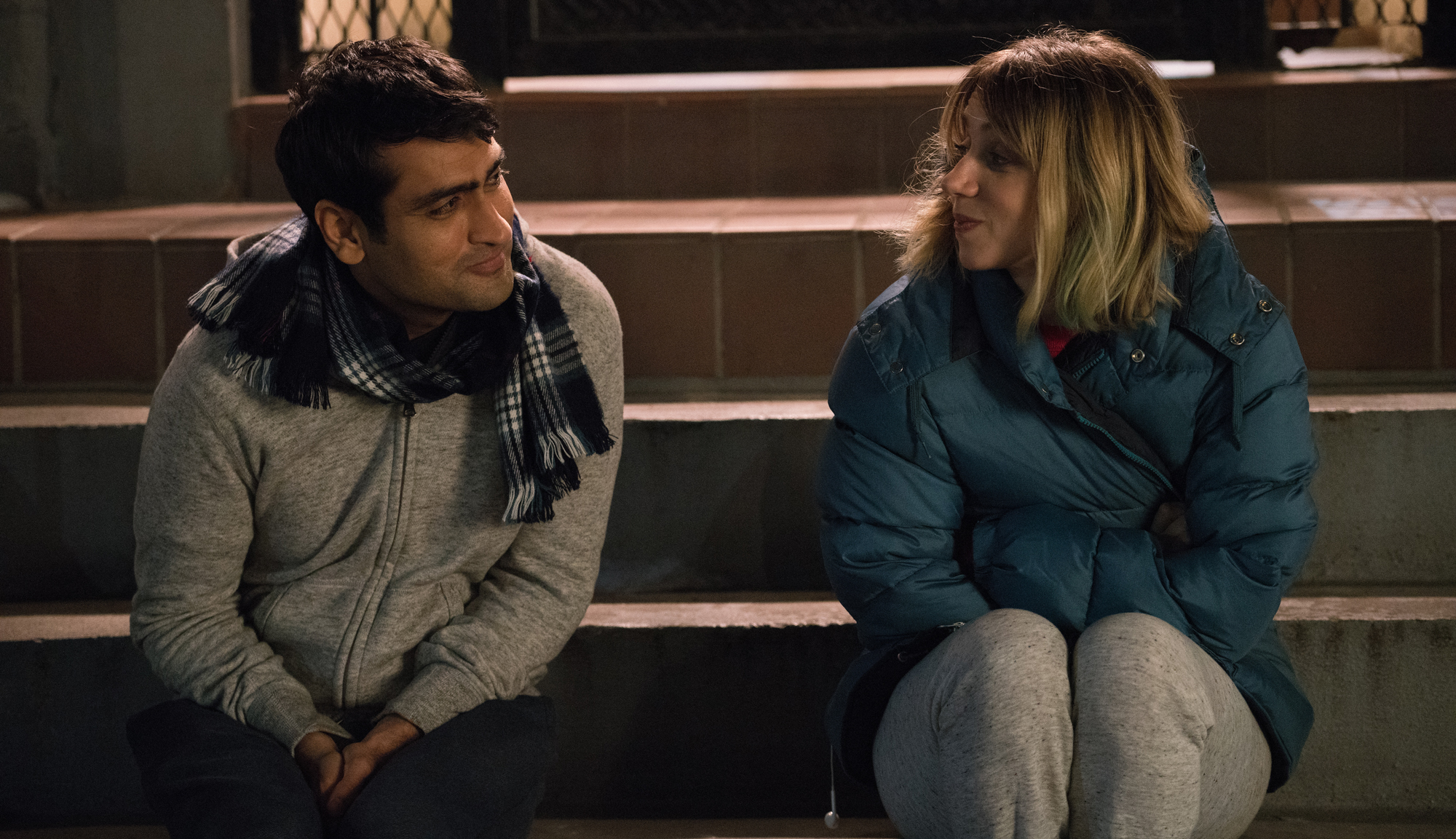 Through the course of centuries of storytelling, it’s inevitable and natural that certain patterns emerge and clichés become shorthand to affect audiences emotionally. Success breeds imitation, which gives rise to formula and then to familiarity and oversaturation. Every genre is guilty of propagating the same tropes and story beats within their own kingdom, but it seems that none is more culpable than the romantic comedy. It’s a subgenre that should inspire innovation, for what in the human condition is more individualistic than love and a sense of humor? And yet too often audiences are subjected to well-worn tales that they’ve sat through a hundred times before. That’s part of what makes “The Big Sick” such a great success — it shirks off genre trappings to tell not just an unconventional love story but also a very human one that is at once deeply personal yet wonderfully universal.

Kumail (Kumail Nanjiani) is a struggling comedian/Uber driver in Chicago, desperately trying to break through to the next level of success while fending off the endless waves of potential arranged marriages that his parents (Anupam Kher and Zenobia Shroff) keep attempting to set up. One night during a gig, he meets Emily (Zoe Kazan), and the two hit it off. They begin spending a lot of time with each other, although the cloud of Kumail’s parents’ disapproval hangs over each meeting. But when a medical emergency strikes, Kumail wrestles with his feelings for Emily while being forced to spend a lot of time with her strong-willed mother Beth (Holly Hunter) and well-meaning if awkward father Terry (Ray Romano). Navigating cultural norms, career dreams and his own desires for love, Kumail must make decisions that will end up defining him in ways he never imagined.

Directed by Michael Showalter (“The Baxter,” “Hello, My Name Is Doris”), “The Big Sick” is based on the real-life romance of co-writers Nanjiani and Emily V. Gordon (who also produces). This stranger than fiction story works well because it’s constantly evolving and mutating into a different type of story. Beginning as a culture clash rom-com, it then morphs into an examination of personal values and the strength of family, all while also servicing a story about a man’s dreams for his own life. All of this could be weighty stuff, and there is a real dramatic streak throughout the film, but its real strength lies in being at once uproariously funny and endlessly charming. Practically every character is given a moment to shine, each scene feels memorable and the whole film has a natural ease that creates a lived-in world where the story can breathe and expand at its own pace.

Nanjiani leads the cast perfectly, grounded as a flawed man who must figure out how to deal with the expectations of a very traditional background while forging his own path. His comic abilities, on display in his other performances as well as his stand-up and podcast work, really shine with a realistic warmth; even when he’s being kind of a shit, he’s identifiable and vulnerable enough that audiences get his motivations. Kazan is a bit underwritten as Emily (for reasons dictated by the narrative), but she is still able to project a strength and warmth that makes it easy to understand why people would be so devoted to her.

But the real standouts of the film are Romano, Hunter and Adeel Akhtar as Kumail’s brother, Naveed. Akhtar is the path of least resistance, going along with his parents’ wishes and living out their dreams for him. He is a great foil to Kumail without being an antagonist; he simply represents another way of living, and the fact that it’s working out is what makes it so hard for Kumail to reject it outright. Hunter is a firestorm as Emily’s mother, protective of her daughter and trying to remain resolute in a world of unknowns and medical jargon. It becomes clear where Emily gets her strength, and Hunter is able to inject a lot of wisdom, kindness and tough love into her role. If Shirley Maclaine’s character in “Terms of Endearment” was a bit more badass and an outright feminist, then she would be Beth. Lastly, but by no means least, is Romano, who practically steals every scene with his bumbling Terry. There is a depth to Terry that is betrayed by his awkwardness and inability to socialize normally. He secedes power to Beth but still has his own reserve of vitality brewing beneath the surface. Romano is equal parts hilarious and revelatory in his portrayal, suggesting depths and acting talent that have only been hinted at in prior roles.

One aspect of “The Big Sick” that may strike audiences after the credits run is that there are no villains in the story. Technically, there are “antagonists” (in the traditional sense of those who wish to impede the protagonist’s story), but none of them are ever seen as “bad guys” — yet another way in which this film defies its genre. And that speaks volumes of the type of movie that Showalter, Nanjiani and Gordon have crafted; it’s a real slice of life where everyone has their good and bad sides, but mostly people are just trying to do the best they can. The film centers around Pakistani culture and a very unique medical event, but in its specificity, it’s able to reach beyond and find universal issues: family, love, romance, career, dreams and tradition. “The Big Sick” is more than a romantic comedy; that limiting description leaves out how it’s also a remarkable meditation on life that will leave audiences howling with laughter and heartened by its charming characters.