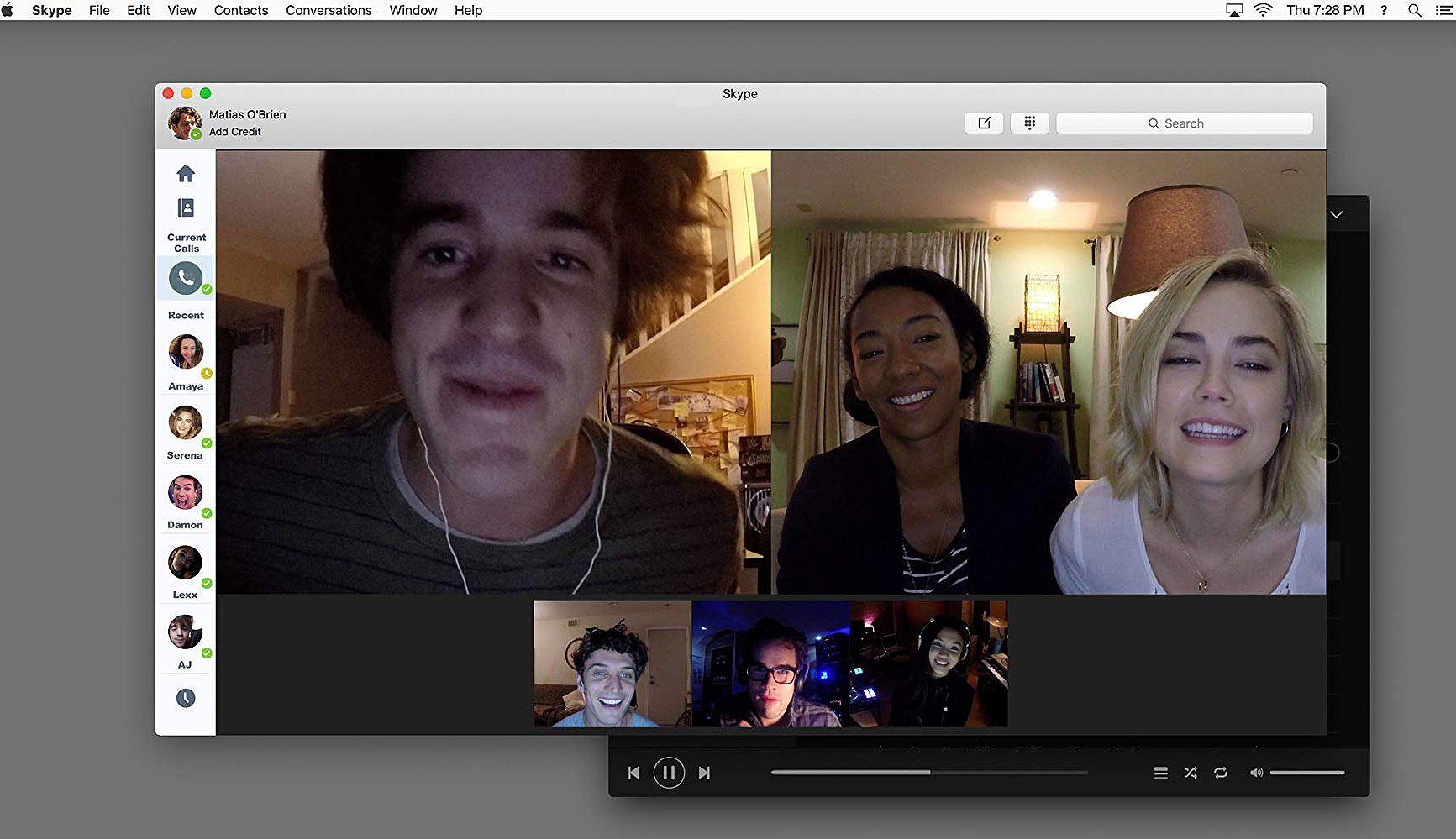 Every technological innovation, no matter how helpful, is partially greeted with the fear of how it can be abused and used against people. These developments are far-reaching and have become ubiquitous in daily lives; even the non-technically inclined have some interaction with technology like smartphones and CCTV. The fact that technology has been advancing at such a fast clip has left many people confused by what these changes mean and scrambling to figure out how to safeguard themselves from the emerging dangers. “Unfriended: Dark Web,” from writer/director Stephen Susco, wades into these murky waters and confronts those seedy corners of the internet where morality no longer applies. A tonal change from the previous entry, this “Unfriended” movie does a good job of grounding itself in character and relationships while slowly mounting tension and threats, but it’s slightly undone by a lack of narrative cohesion and reality that undercuts its creepy aspects.

Matias (Colin Woodell) is a computer programmer using a new laptop to work on an application to help him understand sign language and better communicate with his hearing-impaired girlfriend Amaya (Stephanie Nogueras). The couple has been growing apart and having issues, which is why she isn’t participating in the regular game night Matias has with his friends online. As the game progresses, it’s evident that something is wrong with Matias’ new laptop as an army of hackers and real-life agents begin messing with him and his friends, picking them off one by one until Matias can give the aggressors what they want.

“Unfriended: Dark Web” is a welcome change from the first installment. It’s important to note that there is nothing connecting the two films in narrative and tone – it’s merely employing the same gimmick of being told through computer screens and application windows. Whereas the first “Unfriended” was a supernatural tale of obnoxious teens being killed by a vengeful spirit, this entry is placed more in the real world, inspired by stories of Silk Road and other awful sites on the internet where people can find whatever they want. Susco does a good job of interweaving fairly current technologies and applications – like GPS location, Spotify, FaceTime, etc. – that firmly plant the story in a specific place and time while also making it feel more realistic and familiar to the audience. The visual gimmick isn’t distracting, and it doesn’t seem as forced as in previous movies like “The Den,” “Open Windows” and even the first “Unfriended.”

Besides exchanging the menace from a ghost to nefarious hackers, the biggest difference from the original is that it actually spends time building up characters that audiences might like. All of the friends (played by Betty Gabriel, Rebecca Rittenhouse, Savira Windyani, Connor Del Rio and Andrew Lees) have quirks that mark them as individuals, but they also have a lot of heart and hooks that make you care about them. It’s always a tightrope to walk with a horror film: Make the characters too sympathetic, and audiences will be completely turned off when they start dying. Alternatively, if they’re too repugnant, no matter how satisfying their deaths are, viewers still have to spend time with these obnoxious personalities. The performances are strong across the board, with a real sense of camaraderie coming through in a very short amount of time. Susco’s script is also interesting in that it is Matias’ flaws as a boyfriend that create so many of the issues, with his myopic approach to the world leading to the gang being in so much peril.

Many of the horror moments are effective and creepy, especially within the confines of the mundane computer screens and windows. There is a genuine chill to a few of the deaths that is reminiscent of found footage movies like “The Poughkeepsie Tapes.” But the antagonists’ threat is partially undercut by how fantastic their abilities are in order to execute the terrifying plan. With so much of the movie being grounded in the familiar and the real, there is a disconnect with some of the suddenly impossible elements introduced, like a suit that renders the wearer as a glitch on the screen. “Unfriended: Dark Web” isn’t a true life story and clearly exists with a willing suspension of disbelief, but there are a few story elements that are a little too incredulous. Despite those minor shortcomings, the film is an intriguing meditation on what lives in the shadows of innovation.