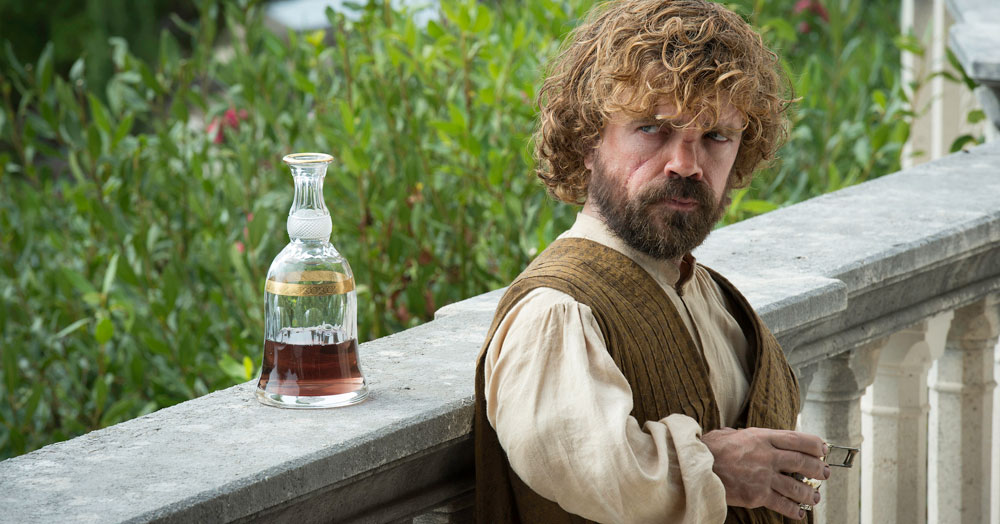 Peter Dinklage has become an international superstar thanks to his portrayal of Tyrion Lannister in “Game of Thrones.” In our review of the first season, Will Harris described Tyrion as a character “who is perpetually underestimated because he’s a dwarf, even though the fact of the matter is that he’s smarter than just about anyone else around.” Beyond smarts, however, Tyrion has a hedonistic side that makes him one of the most entertaining characters on television. There’s no shortage of scenes having Tyrion indulge in his love of drink and beautiful women, and he delivers a stream of hilarious lines through each season. In a show known for killing off popular characters, we’re thrilled that Tyrion made it through.

Apart from his iconic turn as Tyrion in “Game of Thrones,” Peter has had a stellar career with a long list of roles. Here are some of those we’ve covered:

“Elf” (2003)
In Peter’s brief role as Miles Finch in “Elf” he and Will Ferrell teamed up to deliver one of the funniest scenes in this Christmas classic. Watch it here. 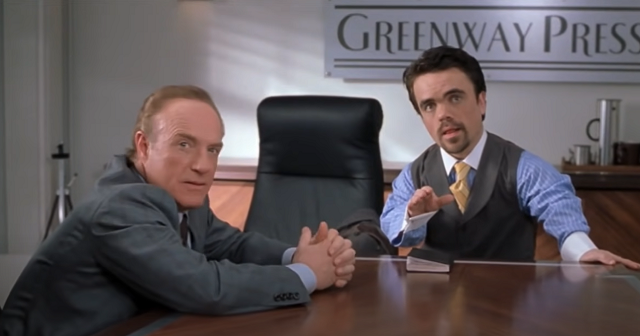 “X-Men: Days of Future Past” (2014)
Movie critic Jason Zingale points out that sadly Peter Dinklage “is wasted in a bland villain role that’s not very memorable.” 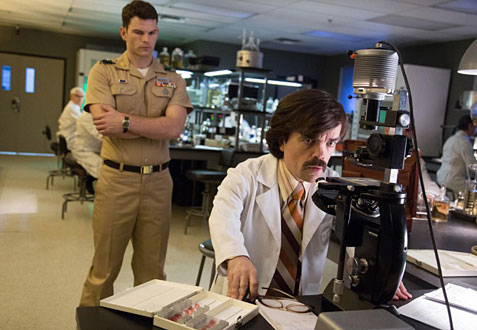 “Pixels” (2015)
Here’s a paragraph from David Medsker’s review: “When Sam Brenner (Sandler) was a teen (in 1982), his future was impossibly bright. He was the best video gamer in town, but his hopes were crushed when smack-talking Eddie Plant came to town and beat him in a tournament. (Eddie is played by Peter Dinklage, who modeled his look after real-life Donkey Kong champion, and “The King of Kong” supervillain, Billy Mitchell. If you have not yet seen this movie, stop reading this and watch it right now. NOW, damn it.) The footage of that tournament was sent into space, where it was received by an alien race…and interpreted to be a declaration of war.” 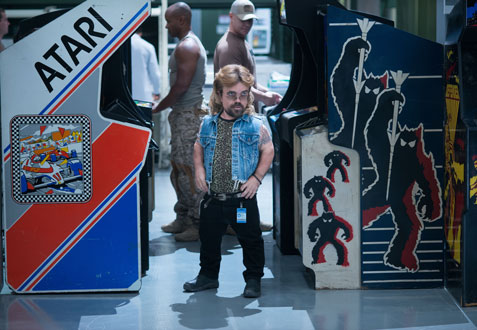 Interview on Jimmy Kimmel Live
Peter appeared in Jimmy Kimmel Live after winning his third Emmy for playing Tyrion. He discusses the blessing and curse of becoming so famous, and how some fans can get a little creepy when meeting him.

Interview with Peter and Jon Stewart
Peter doesn’t seem to particularly enjoy press interviews, though he seems to be comfortable here on “The Daily Show” with Jon Stewart.

Shortly after it appeared on HBO, we recognized “Game of Thrones” as our #5 show in our Spring 2011 TV Power Rankings. We noted the following about Peter in our overview: “. . . it’s Peter Dinklage’s turn as the royal dwarf Tyrion Lannister that steals the show every time he appears on screen. The diminutive actor has been delivering solid work for almost a decade now, and if there was ever a time to reward him, it would be with an Emmy for his performance here.”

After the completion of the stunning first season, we recognized “Game of Thrones” as our #4 show in our 2012 TV Power Rankings:

It’s funny how the success of Peter Jackson’s “Lord of the Rings” trilogy suddenly made it viable to take a shot at countless sword-and-sorcery, medieval-type tales that had previously been deemed more or less unfilmable. Rather than try to condense George R.R. Martin’s epic “Game of Thrones” into movie form, however, HBO kindly green-lit a television series based on the property, and with the help of executive producers David Benioff and D.B. Weiss, the transition from print to small screen has been remarkably successful. With masterful performances by Sean Bean, Nikolaj Coster-Waldau, and – perhaps most impressively – Peter Dinklage, “Game of Thrones” is, in a word, epic. Shame about poor ol’ Ned Stark, though. Sure didn’t see that coming…