Trending
You are at:Home»Entertainment»Movies»Movie Review: “The Banshees of Inisherin” 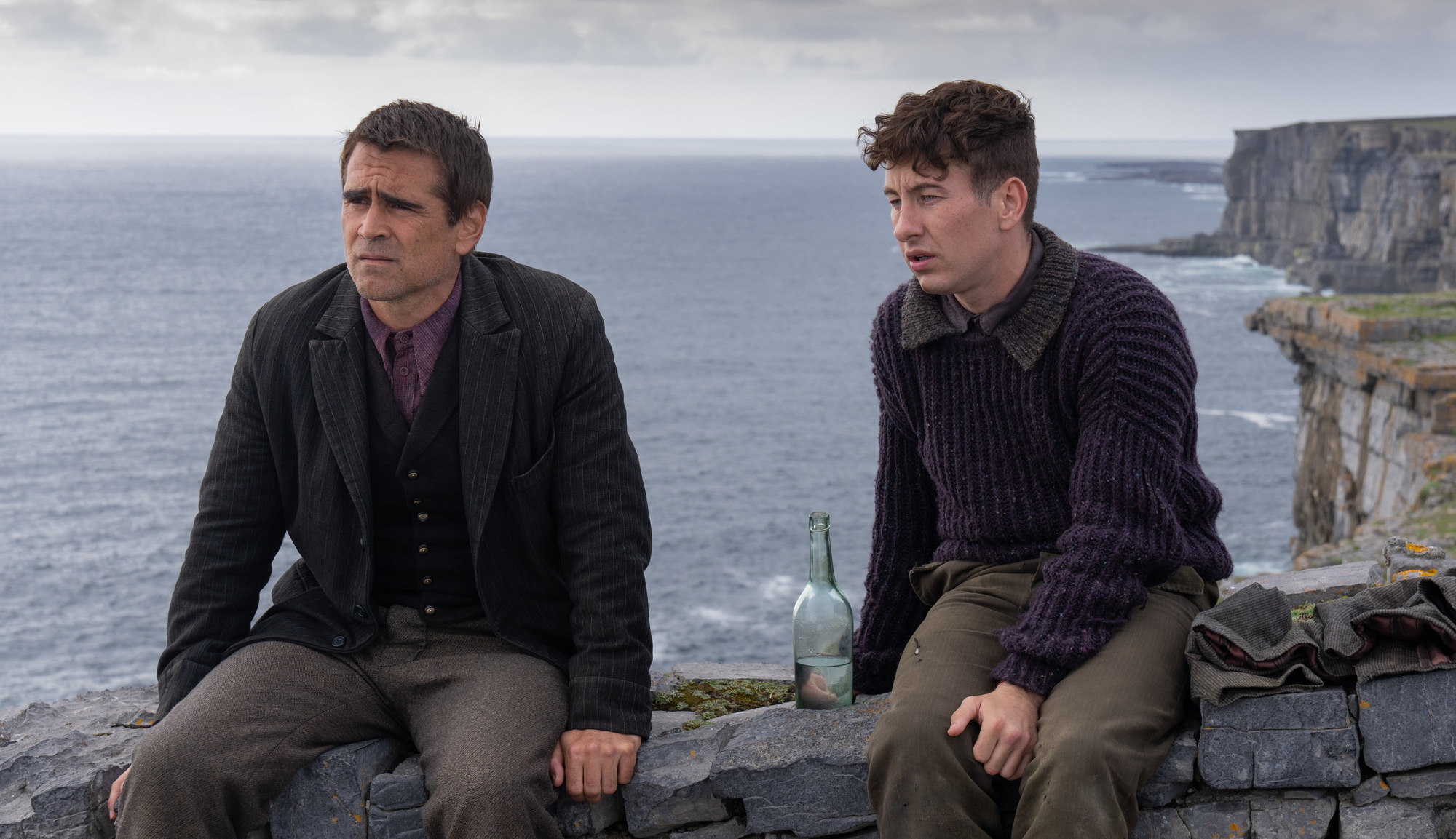 “The Banshees of Inisherin” is about two old friends who live on a remote island off the Irish coast who, one day in 1923, cease to be friends when Colm (Brendan Gleeson) realizes that he doesn’t want Pádraic (Colin Farrell) in his life anymore. Meanwhile, the inhabitants of the small idyllic island are stirring with the news, as there’s not much else happening save for a faraway war, the nightly drunken goings-on at the pub, and whatever shenanigans are found by the unnecessarily vigilant patrolman Jonjo (Pat Shortt) and his village-idiot son Dominic (Barry Keoghan). Pádraic’s sister Siobahn (Kerry Condon) doesn’t understand Colm’s actions, but that’s of a piece with the rest of the town, which seems full of gibbering idiots who are content to lead their minuscule lives of quiet desperation. Things escalate, people die and Colm’s sudden change of mood has major lasting implications.

That’s the plot of the movie, but what is “The Banshees of Inisherin” actually about? Whether it’s “Three Billboards Outside of Ebbing, Missouri” or any of his numerous plays, writer/director Martin McDonagh crafts an interesting surface-level tale to address far bigger philosophical points, such as how does a world work without a just God in heaven, and who owns the stories that we tell? These are just some of the questions that arise through the course of McDonagh’s works — never at the expense of a cracking good experience but always plainly lying there as an additional level worth exploring.

So, is “The Banshees of Inisherin” more than a breakup story between two platonic friends? Yes, but what exactly that might be is harder to say. It’s difficult because it involves wading through the details of the plot, which would spoil some of the surprising turns, strong drama and astounding wit that the film possesses. It’s also hard to say because an argument can be made for all sorts of theories, as McDonagh likes arming his viewers with the evidence needed to make their claims but refuses to weigh in as much himself.

To me, “The Banshees of Inisherin” is about several things. It’s about death, finality and the fact that viewing life through a lens of mortality tends to skew things, making everything more meaningful but in a warped way that deprives the actual joy and apparent meaning. It’s about life and how passionate squabbles between two people are ultimately just as inane as the battles waged between two political parties or religious factions, bringing to question whether it’s more important that future generations remember you or that present generations appreciate you. And it’s also about love and the kettling effect of small towns (and finite lives) that stirs up pandemonium and friction as people increasingly bump up against boundaries. In short, it’s about life, death, love and how adorable a particular donkey is. It’s about 109 minutes of tremendous acting and writing with beautiful Irish vistas. It’s about Colm not wanting to be friends with Pádraic anymore. It’s about everything and nothing. It’s about the biggest of topics and the flimsiest of ideas.

The performances are spectacular by the entire cast, which is kept small to just the principles and a few townspeople. They all fill lived-in and whole, like real people with real histories, while still delivering amazing dialogue and beautiful moments of comedy and tragedy alike. This whole affair rests on the shoulders of Farrell and Gleeson, and they carry it well. There’s a clear foundation of respect and love between the two (based on their on-screen chemistry as well as off-screen relationship) that allows for the hurt of the breakup to land like a betrayal. Even when it makes sense, and we’re sympathetic to Colm’s reasonings for ending it, the audience can’t help but wish that things could go back to how they were. Their warmth and pain are what propels the story in a beautiful way, first through their hilarious dialogue and then through their palpable struggles with this new status quo. Condon is also terrific as the sole voice of reason in a place that seems devoid of it. She has plenty of great pithy moments without being reduced to the shrewish priss or one-note source of dour quips, and has a full internal life that seeks to burst free from her island prison. All the other actors, including the numerous animal co-stars, turn in superb work that manages to alternate between hilarious and heartbreaking.

Additionally, Carter Burwell’s simple score, which is geographically and chronologically influenced, helps weave more threads into the deceptively simple yarn, as music is a big component of Colm’s character and Inisherin life. It’s a reality that’s captured exquisitely by DP Ben Davis’ beautiful cinematography, which takes in the expansive sea views and verdant locations, resulting in a gorgeous film both in what is recorded and in its emotional weight.

Maybe “The Banshees of Inisherin” isn’t as complicated as previously suggested. Maybe it really is just a simple breakup story that goes to great lengths, or maybe it’s about men’s inability to control their emotions and the need for everything to turn into something massive. McDonagh doesn’t put his thumb too heavily on the scale but allows for lots of exploration and pondering by viewers. He sets the stage with its splendid vistas and intoxicating sounds, fills that stage with capable actors delivering stirring performances, and then gives them hilarious dialogue that harmonizes with each other in tones that alternate the sweet and the sorrow. Maybe that’s enough.