Trending
You are at:Home»Entertainment»Movies»Movie Review: “The Gray Man” 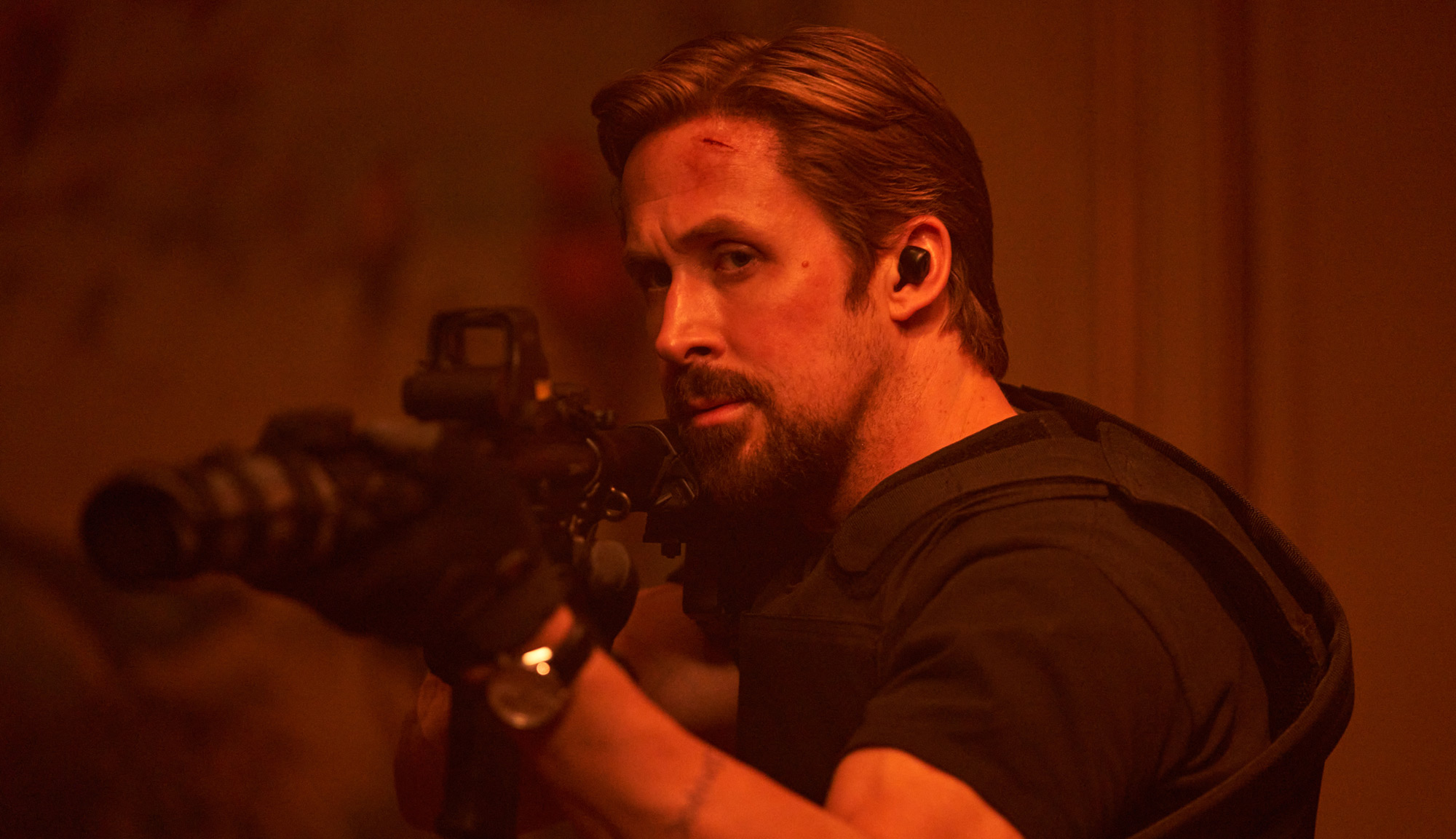 It’s always curious what blasphemous association your brain will make with a movie while you’re watching it. “The Gray Man” is very much a product of the post-9/11 global security world, and yet it kept reminding me of all sorts of thrillers from the ‘70s, action comedies of the ‘90s and even a few meta-commentary films from the early ‘00s. That makes it sound sloppy and derivative, when in fact, it simply figures out a way to cleverly stitch together multiple tropes with fun dialogue, a committed cast and some impressive spectacle. It’s unlikely that this Netflix movie from Anthony and Joe Russo will set the world on fire, and it certainly doesn’t approach the brilliance of its precursors, but it’s still a solid slice of entertainment that feels less like a hodgepodge of ideas and more like a well-made quilt of influences. And it’s all predicated on the simple antagonistic relationship of the hero and his foil — the collision between an immovable object and an unstoppable force.

Sierra Six (Ryan Gosling) is recruited out of prison to become a ‘gray man’ for the CIA — a disavowed agent used to kill enemies of the state that the United States can’t officially dispatch. The man who brought him into the fold, Fitzroy (Billy Bob Thornton), has been forced out by the younger, brash Carmichael (Regé-Jean Page) and his cohort Suzanne Brewer (Jessica Henwick), who seem far more cutthroat and duplicitous than their predecessor. That shady nature lands Six in their crosshairs, along with implicating CIA agent Dani Miranda (Ana de Armas) as his accomplice. In response, Carmichael and Brewer dispatch Lloyd Hansen (Chris Evans), a private sector mercenary/sociopath with a network of other killers-for-hire who use any violent means necessary to eliminate their targets.

“The Gray Man,” based on the novel by Mark Greaney, shouldn’t work, as it’s essentially an assembly of previous works. The hero’s origin is the same as “La Femme Nikita”/”Point of No Return”; the intelligence agency eliminating elite members of a specialized force is straight out of “The Bourne Identity” and its sequels; and even non-plot devices are derived from other films, with Chris Evans’ villain essentially being a petulant version of Gary Oldman in “Leon the Professional.” And yet, mixing all of these espionage tropes allows for great shorthand, while the scenes themselves are fueled by the charms of the cast and the various action set pieces. Nothing is particularly novel in “The Gray Man” — even a sequence in a fireworks barge and the foil relationship at its center seem heavily influenced by Andy Lau’s “Fulltime Killer” — and yet it all still works as a very entertaining action thriller with comedic elements throughout.

Gosling fuses his “The Nice Guys” persona with his “Only God Forgives” character to form a glib but hypercompetent badass. Six is, without a doubt, a superhero. He hits every target perfectly, he can appear and disappear with ease, he is somehow always awake and alert, and he can hold his own in a fight. But the filmmakers make a wise choice to not have their hero be invulnerable. Six gets his ass kicked consistently and is often scrambling on his back heels to escape from a situation or nullify some enemy. While most of his improvised weaponry and traps feel more akin to the grounded world of Jason Bourne, the character is closest to John McClane in “Die Hard.” Gosling plays it perfectly with impressive work in his fight choreography as well as a few smirks and well-delivered quips. It’s hard not to root for Six amidst all the turbulence.

Evans’ Hansen is perfectly positioned in total opposition. Six is self-reliant and seemingly tries to save as many people as possible, while Hansen is happy to throw wave after wave of foot soldiers at the problem with no care for collateral damage. He’s clearly capable and is his own type of physical powerhouse, but he also whines about any pain or inconvenience (albeit usually accompanied by shooting someone or ordering some new assassination). Evans plays it like a sociopathic man-child buoyed by a large arsenal and infuses the role with its own comedic style, though that unfortunately robs Hansen of much of his menace.

The rest of the cast all do exemplary work, even with their diminished roles. Ana de Armas shines in her action sequences, showing off the talents she previously revealed in “No Time to Die.” This is especially true in two fight scenes with Indian actor Dhanush (as one of Hansen’s mercs) that have some truly impressive choreography. Those sequences stand out more because there aren’t any revelatory set pieces in “The Gray Man.” There are multiple entertaining gunfights and brawls and such, but nothing that feels innovative. That same reliance on tropes that helps make Thornton and Gosling’s relationship instantly fleshed out through tones and body language slightly hampers these extended scenes because they aren’t particularly coordinated or shot in any new or exciting way.

One name that seemingly hangs over the entirety of “The Gray Man” is Shane Black. As the creator of “Lethal Weapon,” “The Last Boy Scout,” “Kiss Kiss Bang Bang” and many more, Black has always taken Raymond Chandler’s lead and placed a quippy everyman into a high-octane situation. The villains tend to be fastidious and psychotic (their genteel exterior betraying a simmering rage monster inside), and there are usually some greater, shadowy machinations afoot. As a big fan of Black, I was pleased to see this spirit so wholly embraced by the Russos. It’s a deft threading that allows for humor and self-awareness without sapping too much of the intensity of the action or threats. Though Black’s oeuvre represents just some of the films upon which “The Gray Man” is built, for a movie that isn’t particularly vital or cinematically innovative, it’s a pretty fun time that provides plenty of entertaining elements that make the mixing of influences work well.