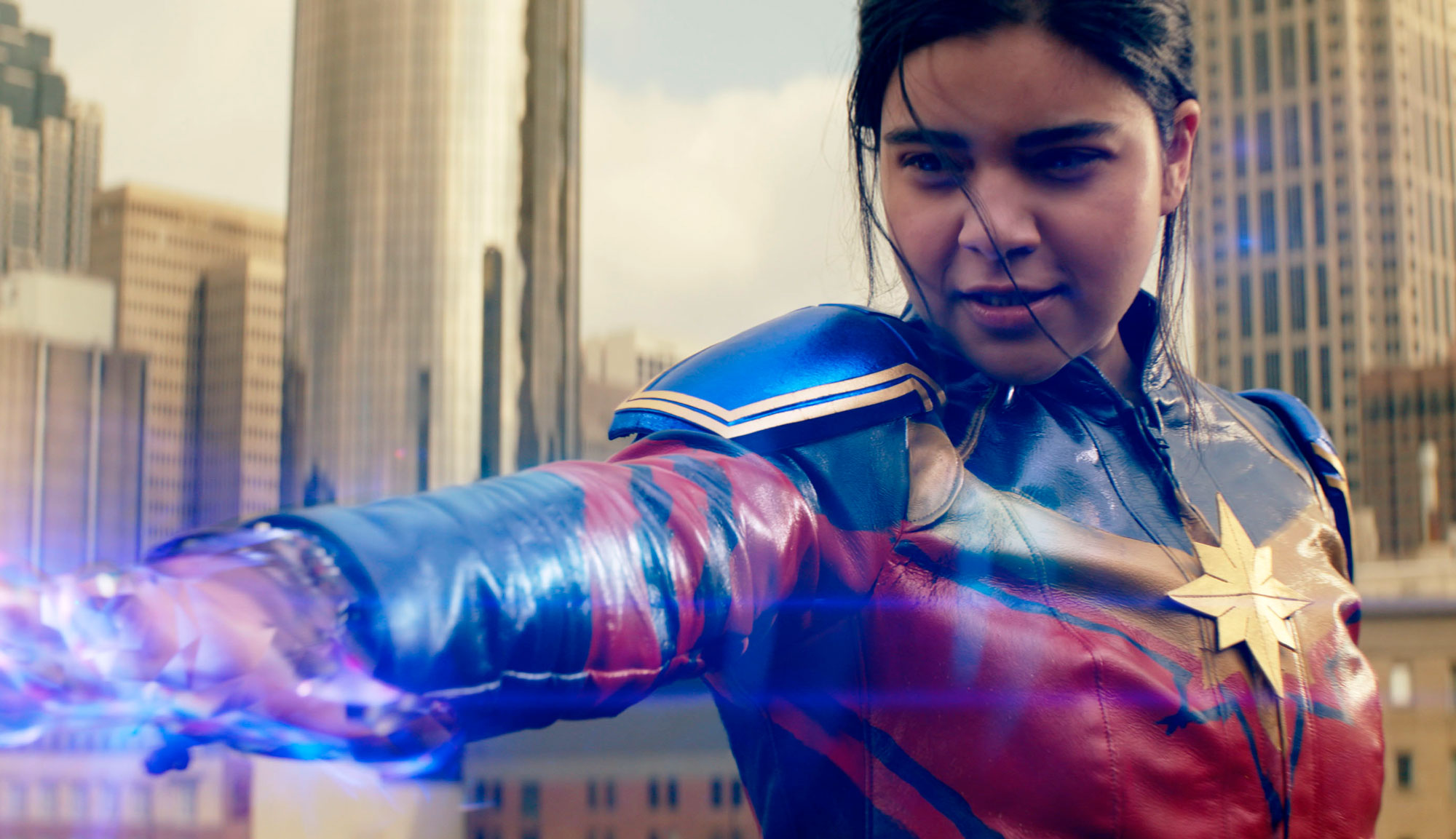 If it weren’t for its various bunglings in execution, Marvel would receive a lot more praise for its ambitions. The Disney subsidiary is not some scrappy studio defying the odds to revolutionize storytelling as we know it, as MCU projects have access to the top budgets and talents in basically all departments. But there is still a gauntlet thrown to each new project from the House That Kevin Feige Built.

Every new title, be it a movie or a Disney+ show, has to work as its own entity while also tying into a larger whole that is innovative in visuals but still budget-friendly and palatable to most audiences. It also needs to encompass new stories yet still act as comforting examples of genre fare and hopefully feature new characters with different looks and backgrounds without rocking the homogenous heterosexual WASP boat too much. Make no mistake: The MCU fails at accomplishing at least two of those aims with every outing. But they do try it, and they try it very frequently given that there have been nine other Marvel titles released in the past year. Most aren’t as successful as “Ms. Marvel,” but honestly, most TV isn’t as good as “Ms. Marvel.”

In Jersey City, Captain Marvel fangirl Kamala Khan (Iman Vellani) is an awkward teenager attempting to navigate the rocky shores of high school society while planning out her entire future and dealing with the stringent rules of her conservative parents, Muneeba and Yusuf (Zenobia Shroff and Mohan Kapur). Kamala dreams of being like her idol Carol Danvers and uses her art to capture that imagination as well as to design suits for cosplaying as the famous Avenger. While sneakily attending AvengersCon with her gifted tech friend Bruno (Matt Lintz), against the wishes of her family, a piece of Kamala’s costume becomes imbued with some special properties that bring her closer to her fantasy of being a real-life superhero.

“Ms. Marvel” is based on the characters created by Sana Amanat, G. Willow Wilson, Adrian Alphona, Stephen Wacker and Jamie McKelvie. Additionally, the Disney+ series is led by writer/producer Bisha K. Ali, who is of British-Pakistani descent, and the first two episodes are directed by Moroccan-Belgian duo Adil & Bilall. The architects of Kamala Khan (both on the page and now on-screen) are important to note because so much of it is meant to reflect the experiences of second- or third-generation immigrants from Pakistan, India and nearby regions. American entertainment remains ignorant at best and aggressively resistant at worst to telling stories of such people.

Mostly, the show doesn’t pause or explain too much about Pakistani culture or Muslim customs. Urdu phrases are thrown around without subtitles or translation, but audiences can easily discern their meaning given the context. Ali and his team deftly balance the cultural juggling act, and although it’s unfortunate that such steps are even necessary, it is excellently accomplished and hopefully will resonate with a lot of people watching.

But the show can’t simply be a cultural ambassador. If every scene is referred to as “brave,” then that overshadows any narrative and substantive aims of “Ms. Marvel.” Fortunately, the series is tremendous. There are not enough words to praise Vellani. She is the perfect blend of vulnerable, defiant, funny, awkward, shy, fantastical, depressed and more. Her Kamala is a whole person not just based on the script but the numerous ways that Vellani pitches her voice or physically embodies each emotion or mindset, often simultaneously. This astounding performance is aided by the fact that “Ms. Marvel” is visually engaging, like a combination of “The Mitchells vs. the Machines” and “Scott Pilgrim vs. the World,” with a propulsive use of colors and kinetic illustrations that clearly shows how Kamala’s “real world” is constantly encroached by her dreams. It’s likely that these flourishes will subside in future entries (only to then reemerge at the end of the final episode), which would be tragic, but at least the first two entries boast genuinely fun stylistic choices that set “Ms. Marvel” apart from (and above) a lot of previous MCU fare.

The rest of the cast shines as well, with each given opportunities to be funny and heartfelt. So far, no one is really the bad guy, yet they all take turns being an antagonist or at least a bit of a jerk to each other. It’s possible that Bruno is being set up as the (ugh) “friend-zoned” guy pal for whom Kamala should fall, but every other character defies such easy categorization and broad paintbrush. Characters are placed in certain roles (the female best friend, the demanding mom, the weird guidance counselor, etc.), but most buck any reductive portrayal and deliver rounded characters.

Changing Ms. Marvel’s superpowers was a choice whose calculations can probably be laid at the feet of the show’s budget and avoiding encroachment of a certain fantastical future property. In the comics, Kamala can change the shape and size of her body; she can be giant or teeny, with long stretchy arms or massive fists harder than bricks. The Disney+ series unfortunately just makes her dispatch bolts of energy — the power involved in 80% of MCU properties and characters — though, in fairness, the show treats it more like Green Lantern, where Kamala can form structures and shapes with these bolts in addition to shooting bad guys. There’s very little action in the first two episodes of “Ms. Marvel,” but one hopes this doesn’t mean it will all devolve into another boring aerial fight in the series’ climax. Please, Marvel, no more of those. Please.

“Ms. Marvel” is a testament to the possibilities of the MCU when its ambition is paramount in its projects. This is a show with an exciting story that centers on an oft-overlooked group populated by multi-layered characters who are entertaining and sympathetic, and is told with a ton of flair. Led by Vellani’s impeccable performance, I can only hope the quality, tone and style carry through the four other episodes of the series (and into Kamala’s future film appearances as well) while incorporating action and superpowers in clever and entertaining ways that eschew so much of the (now tired) spectacle. There have been recent attempts from Marvel at branching out into the ancient cosmos, the supernatural and the multiversal, but it turns out that breath of fresh air and hope for the future of the MCU was found in a young Pakistani girl from New Jersey.