Trending
You are at:Home»Entertainment»Movies»Movie Review: “Moonfall” 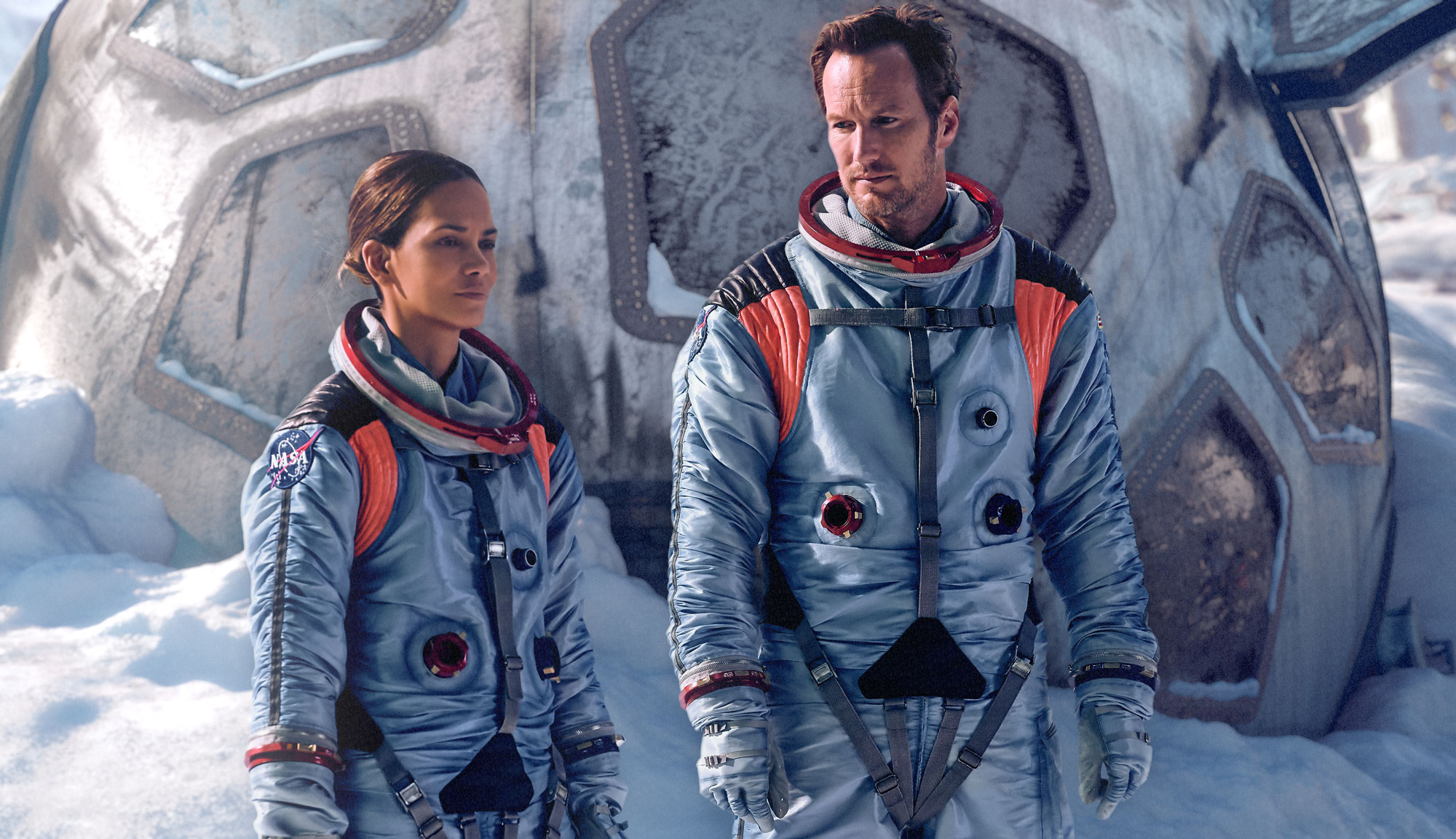 There’s nothing inherently wrong with ridiculous movies. Most of the “Fast and Furious” franchise is patently absurd, and those are great fun. Grand spectacle that defies physics and spits in the face of logic all while being treated as the most dramatic story in the history of mankind can work, especially in the age of CG-driven blockbusters, which were partially ushered in by the co-writer and director of “Moonfall,” Roland Emmerich (“Independence Day,” “The Day After Tomorrow”). “Moonfall” isn’t automatically dismissed for having one of the dopiest premises ever, the frequent indulgences in so-called “disaster porn” or even all the plot contrivances that are needed to have some sort of big emotional scene. Those are all flaws that come into sharper focus thanks to terrible characterization, a script that constantly hinders itself and the fact that everything feels like a parody of the exact movie it’s trying to be, only not as funny or entertaining.

Twelve years after a bizarre event in space left one astronaut dead, another astronaut (Patrick Wilson’s Brian Harper) publicly disgraced and a third (Halle Berry‘s Jocinda Fowl) promoted to a high-ranking position within NASA, there is a similar occurrence happening on the surface of the moon. Scientists discover that the moon is losing orbit and coming closer to Earth, and will eventually begin wreaking havoc on the planet. This is all in line with the theories of KC Houseman (John Bradley), a crackpot who learned about the moon’s orbital change before NASA and has been screaming to anyone who will listen that the moon is a “megastructure” built by an alien civilization. After multiple disasters, NASA enlists Harper, Fowl and Houseman for a mission to space to stop the calamity, all while settling their messy family drama back on Earth and making sure their loved ones survive.

The first thing that struck me about “Moonfall” is that it may have set a new speed record for killing off the Black guy in a genre movie, with Marcus the Astronaut dying within five minutes of the film starting. All we know about him is that his name is Marcus, he’s an astronaut, he dies, and then Harper later calls him a friend and blames himself for Marcus’ death. That’s the totality of Marcus in the movie. It also sets up a weird pattern where mostly non-white characters are the ones to die in situations. Obviously, the catastrophic weather events result in massive deaths and casualties — though in true Emmerich fashion, there’s no real sign of that — but most of the characters that the audience sees die onscreen are not Caucasian. It’s an egregiously odd aside on top of an already baffling film.

The premise is incredibly idiotic, and it’s made even worse as it goes along with various reveals. For instance, the effects on the ground of the moon falling are capricious to the needs of the plot. Sometimes gravity gets funky, though it’s usually just to help characters get out of a jam somehow; oxygen thins out severely, though only long enough to create a noble death scene that pulls on the heartstrings before returning to normal; and there’s horrific flooding that almost drowns our heroes… until they just swim through it and go up a couple of flights of stairs to safety. All of these moments are presented alongside self-imposed ticking clocks — two hours to avoid nuclear Armageddon, 28 minutes to launch a rocket and so on. That’s a fine (if stupid and gratuitous) cheat code to raise the stakes, but after establishing the severe time crunch, the film immediately undercuts those stakes by having the characters stop to stare in awe at a situation or deliver a lengthy speech.

“Moonfall” plays like a parody of “The Martian.” Ridley Scott’s adaptation of the Andy Weir novel certainly takes leaps in logic, but it works because so much else is grounded in real science and dynamic characters delivering interesting dialogue. Any time literal facts about astronomical bodies or physics are introduced in “Moonfall,” they’re pretty quickly scrapped for some new, impossible development. Emmerich’s relishing of massive destruction means that there are no parameters except the director’s whimsy for what will happen. Sometimes the moon will cause volcanoes to erupt, sometimes there are “gravity waves” and sometimes the moon gains mass even as it sheds its rocky surface while hurtling down to the Earth in grand fireball fashion.

Emmerich’s movie isn’t without any positives. DP Robby Baumgartner’s cinematography is fine, and while the characters are all caricatures of disaster movie tropes, the actors try their best with the awful material. Additionally, the music by Harald Kloser (who’s also one of the film’s co-writers) may be a pastiche of warmed-over themes from “Armageddon” and “The Day After Tomorrow,” but it attempts to inject some tension and excitement into the film. The visuals for the space sequences are also decent (with fun uses of geometry and fractals) but dramatically inert.

As you can see, even the charms of “Moonfall” come with asterisks. This is a movie that people will rave about ironically on podcasts and social media, celebrating its bonkers stupidity. But it isn’t quite crazy enough to be funny or that preposterously entertaining. Everything is a foregone conclusion, so it’s just checking boxes. The funniest aspect of the film is how often the moon is treated like the shark in “Jaws,” where it will suddenly rise over the horizon and then havoc will be unleashed on the ground below. That is pretty great and bizarre, but it’s an outlier element that is actually fun and not simply a placeholder for where entertainment should be.