Trending
You are at:Home»Vices»Drink of the Week: The Corpse Reviver #2 (Revisited) 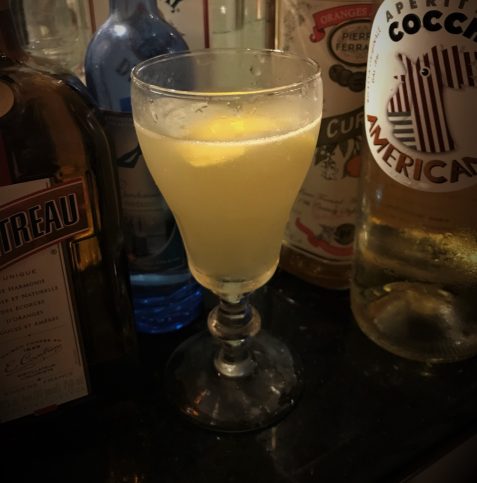 2022 is hours away but I’m going around the usual New Year’s fizzy wine folderol. Instead, I’m saluting second, third, and fourth chances with the Corpse Reviver #2. It remains among the most popular drinks unearthed in the 21st-century classic cocktail revival and it’s got more than its share of devotees. I last looked at it in 2012 so it’s high time for an update.

As some of you will know, the drinks in the Corpse Reviver subgenre were putatively intended as post-bender pick-me-ups during a time when alcoholism wasn’t so much a disease as a national sport. We have better cures now, of course, including elaborate and expensive non-alcoholic nutritional “cocktails” delivered by IV and, for saner folks, water and an NSAID. Even the man who largely popularized Corpse Revivers, booze book legend Harry Craddock, cautioned that “four of these taken in swift succession will unrevive the corpse again.” Nevertheless, most people agree it’s tasty medicine.

Put all of the liquids into a cocktail shaker with ice. Shake vigorously but perhaps shorter than usual (see below) and strain into a chilled, regular-size cocktail glass. I liked it better with an expressed lemon peel.

I wasn’t too happy with my initial tries at today’s drink and so I turned to internationally experienced bartender Brian Tasch. He named his blog after corpse revivers and has provided more hard-earned trial-and-error-based data than we could ask for in the pursuit of the ideal Corpse Reviver #2.  Here are my takeaways after following his advice:

Happy New Year all. Be safe. Seriously, if anyone out there drinks and drives or isn’t vaxxing and masking, I’m comin’ for ya!