Trending
You are at:Home»Entertainment»Movies»Movie Review: “The Last Duel” 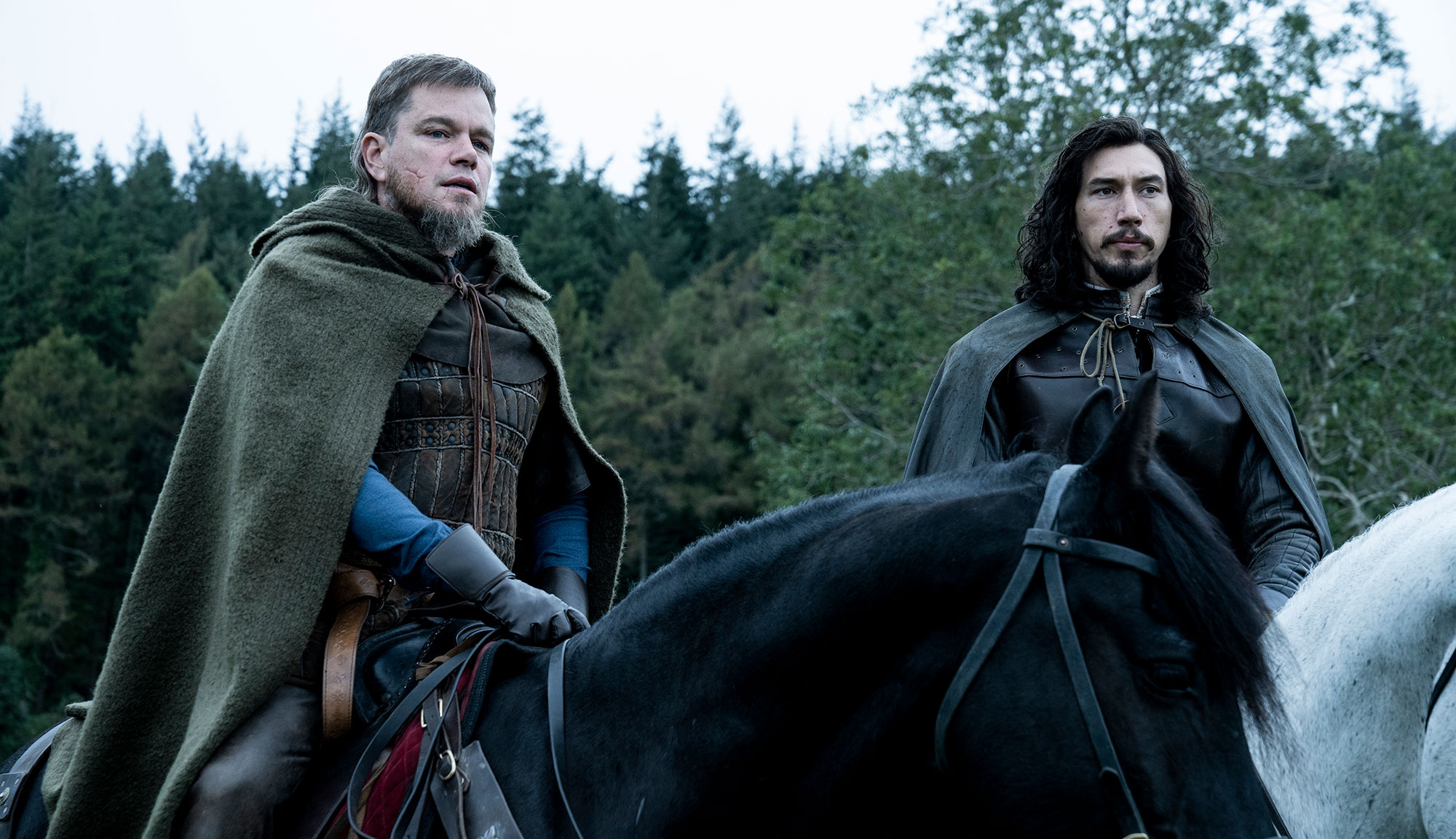 Stephen King wrote “The Shining” as a way of dealing with his destructive alcoholism and the darkness that people hide that can cause great pain. Stanley Kubrick saw “The Shining” as a larger allegory for how the past builds on top of each other, as well as how everywhere and everyone is a haunted house full of ghosts, with each person serving as a link that begins at the dawn of time and extends to present day. King famously hates the Kubrick adaptation, while many people love it. Different authors bring different perspectives to the stories they choose to tell, and it can be uncertain (or at least debatable) what is most appropriate for the tale. This change in authorship is the cornerstone of “The Last Duel,” in which three people bring their own perspectives to bear on a story concerning alliances, friendship, sex, betrayal and a deplorable crime.

One must also wonder if a change in storytellers would have improved the film. The current lineup — director Ridley Scott and writers Matt Damon, Ben Affleck and Nicole Holofcener (based on the 2004 book by Eric Jager) — could have benefitted from people with different backgrounds to allow for a different vantage point that isn’t so white, old, rich and male. (Holofcener was brought in when Damon and Affleck realized that they would benefit from a feminine POV). As it stands, “The Last Duel” boasts impressive technical feats and strong performances, all in service of a complicated story, but a lack of self-awareness and editorial restraint weakens its every move.

Jean de Carrouges (Damon) is a loyal subject to the French throne and has served many times over in multiple military campaigns. His bravery and fighting prowess are unquestioned, but he lacks the intelligence and savvy needed to navigate the political aspects of his job and his country. Squire Jacques Le Gris (Adam Driver) doesn’t come from a storied name like his friend Jean but is also a skilled fighter who’s learned in many other studies (languages, math, etc.) and excels at reading a room to advance his own aspirations. Le Gris is backed by Count Pierre d’Alençon (Affleck), a foppish Libertine who helps the squire acquire new lands and favors, almost to spite the dour de Carrouges. When de Carrouges marries Marguerite de Thibouville (Jodie Comer), looking for an heir to his storied name, he is soon greeted by news that certain lands owed to him have gone to Le Gris. This is all fodder for years of bad blood between de Carrouges and Le Gris, with fate or design adding new challenges and layers for resentment. Even when it appears that a civil peace has finally been brokered between the two former brothers-in-arms, that is quickly shattered when Marguerite reveals that Le Gris raped her. With the favor of the courts backing the accused, de Carrouges seeks satisfaction through an old law that is never used but is still on the books: a duel between the two men before the court, with the survivor declared the winner (and thus the one telling the truth).

An epic tale unfolding over many years, involving lands and titles, and told from three different perspectives makes the 152 minutes of “The Last Duel” sound like a never-ending slog. However, Scott and the writers manage to keep a propulsive rhythm to the events so that the long runtime is barely noticeable, all while ensuring a narrative that involves 14th-century French politics isn’t hard to follow or full of too many procedural elements to bog down a compelling story. While there are multiple scenes of medieval fighting, none of it ever feels geared towards an action film, even when the last 15-25 minutes are devoted solely to the combat of the titular duel.

While it’s unlikely that Scott or any of the filmmakers would invoke Akira Kurosawa’s “Rashomon,” that film feels very much on the mind as the stories unfold with new additions and revisions from different participants. There’s a sense that the writers saw a vehicle that would act as an appropriate meditation on how narratives are scripted and believed by various people, often overlooking what the truth means or the ways that storytelling can easily shift the focus from the characters that the tale is actually about. At least, that seems like the intent with the third act belonging to Marguerite’s perspective, and there are several admirable scenes that show it’s not a this or that situation. In fact, all parties are failing and actively harming the woman at the center of the story. But there are also moments that still feel tin-eared, including a written epitaph that suggests it didn’t pay attention to the movie that played right in front of it. This makes for a less than engaging experience because the viewer can’t help but feel the disconnect and wonder if perhaps the storytellers involved were not the best suited for the material.

Even with that question lingering over the entirety of “The Last Duel,” it’s a technically accomplished movie with excellent costume and set design, as well as spectacular cinematography by Dariusz Wolski. It isn’t the same “natural lighting” process that Kubrick utilized in “Barry Lyndon,” but it’s able to achieve much of the same effect of deeper darkness and muddled lighting indoors. Harry Gregson-Williams’ score is uneven, often feeling like temp music for any dramatic medieval epic, but it truly comes to life at the very beginning and the end (around the duel itself) by incorporating electric organs and percussion in a way that isn’t used for the remaining two hours.

Comer shines brightly, except for those few dialogue exchanges where she’s written and treated more like a delivery vehicle for a sermon than an actual person. Still, her pain and rage are palpable, as is her yearning for something approaching agency and validation. Damon seems to be playing into his own public persona as the well-meaning guy who says some good things but also clearly doesn’t understand the topic and whose selfish reasons are equal parts pathetic and repugnant. Once the accusation becomes public, Driver’s character is dialed back in both screen time and impressive dialogue, which makes it a bit easy to vilify the silver-tongued impresario. However, it’s Affleck who excels the most as the party boy count who is petty and kind of a dick to most people but also gets off multiple good quips in between propping up what is a demonstrably horrible system of governance and living. Many of Affleck’s early roles were egotistical jerks, and it’s clear that he knows how to nail that part in a way that’s entertaining without ever gaining the audience’s sympathy.

The titular action of “The Last Duel” is impressive to note because viewers will find themselves heavily invested in each hit and the overall outcome, even if they aren’t exactly rooting for either combatant. It’s a fight where there are no real winners, but instead, various shades of horrible losing. And yet, that’s enough for Scott and company to truly invest the audience in the duel. In dealing with a story that concerns three perspectives, it’s clear the filmmakers had to figure out how to grant appropriate weight to each character, each event and each truth to create a sense of conflict. That careful threading isn’t always successful and more than occasionally leads to underdeveloped elements of the story. However, there are many instances where “The Last Duel” walks that tightrope well, and that’s when it’s at its most engaging and provides many stories in the disguise of telling the audience just one.