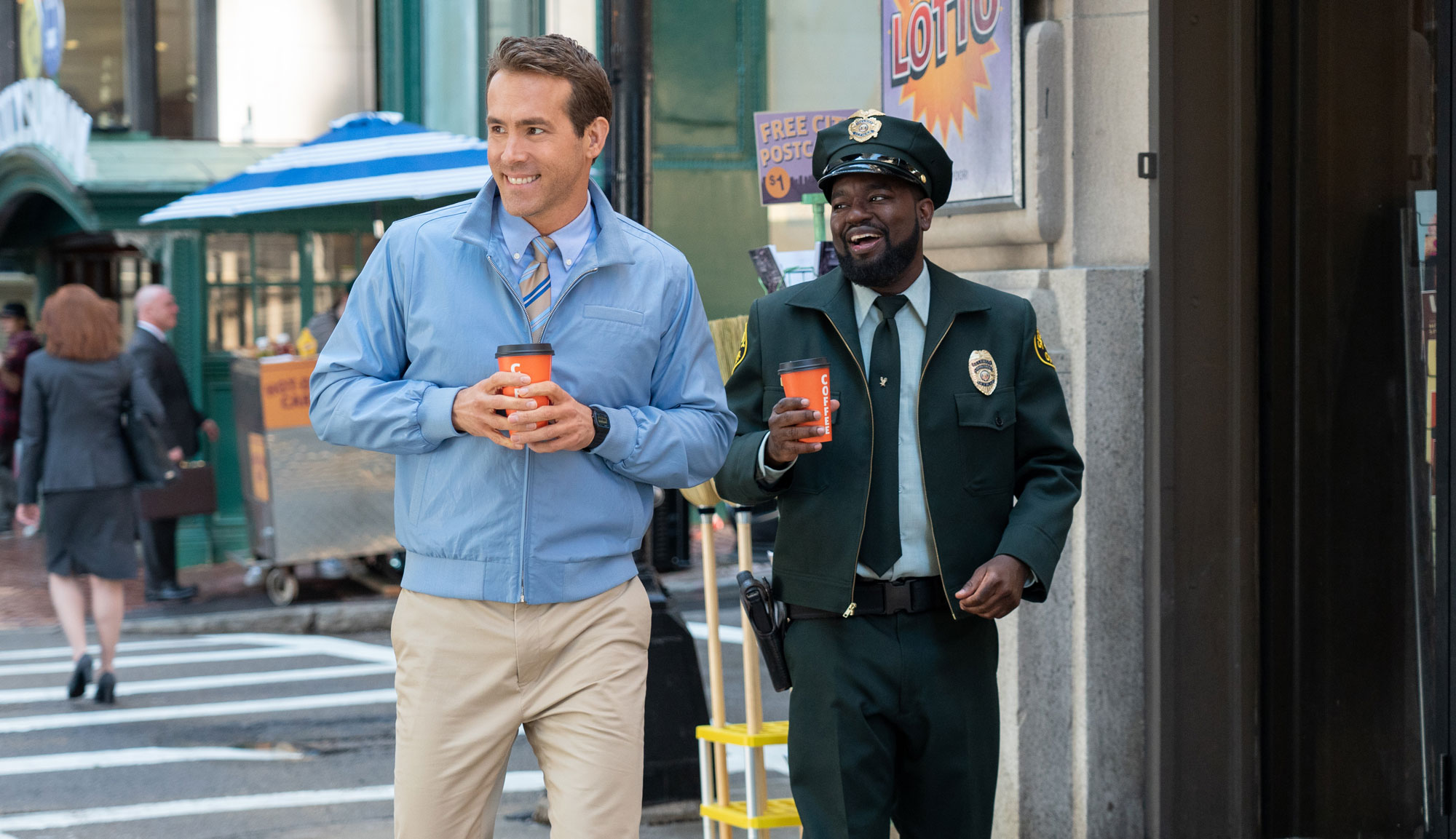 People are endlessly fascinated with providing inner lives to things that otherwise don’t seem to have them. This spirited psychology has been applied to animals, toys, machines, and characters living in games and movies as artists explore what the world would be like if their own brains were transported into these situations. Recently, it’s become a way to examine the idea of autonomy — or more specifically, what someone is expected to do, why they’re expected to do it, and what would happen if they stopped doing it. “The LEGO Movie,” “Wreck-It Ralph” and now “Free Guy” (from director Shawn Levy and writers Matt Lieberman and Zak Penn) explore the terror and liberation of abandoning prescribed lives of quiet desperation.

In each of these movies, characters that have been placed on a certain track to perform specific actions decide to step off the rails for a moment, usually to exponentially expanding changes that rattle the world around them. “Free Guy” excels by having a strong understanding of video game mechanics, a commitment to absurdist humor matched against stark violence, and actors who deliver charming performances despite thin characterizations. Though the film arrives at a foregone conclusion, even amidst a messy climactic reveal, “Free Guy” is at its most fun when it abandons the expected track and delves into the more imaginative side of this storytelling trope.

Guy (Ryan Reynolds) maintains a daily routine with his goldfish, the exact same coffee order, banter with his friend Buddy (Lil Rel Howery) and a job at the bank where they are robbed on an alarmingly consistent basis. Of course, none of this is alarming to Guy because he isn’t aware that he’s a Non-Playable Character (NPC) inside the massive online video game “Free City.” To Guy, when players come in with guns blazing and wreak havoc across the city in all sorts of crazy outfits, that’s just how things are. But when he spots the woman of his dreams, Millie (Jodi Comer), Guy breaks away from his expected actions and soon finds himself becoming an active participant in “Free City’s” violent escapades. In the real world, Millie is a programmer who’s entered the game to find proof that the creator of “Free City,” Antoine (Taika Waititi), stole code from her and her partner, Keys (Joe Keery). Keys works for Antoine but still seeks to help Millie, as does Guy, whose abilities and sentience seem to be increasing with each level up.

“Free Guy” could have easily been the movie adaptation of “Fortnite,” though approached like “The LEGO Movie,” where it takes familiar images and characters but uses them for grander ideas. If it were an adaptation of one game, it would have the specificity necessary to create emotional investment, worldbuilding rules and a pre-existing visual lexicon to instill into the movie’s aesthetics. Often, when films use a generic video game structure, it’s because it allows the filmmakers to essentially make up random rules. But “Free Guy” brings in specific elements from “Fortnite,” “Grand Theft Auto,” “Saints Row” and others that will be immediately recognizable to players, including certain skins, dance moves or even just the layout of the game icons and missions. Impressively, Levy and company get all the specificity and spirit of the games just right without tying it to one title. And despite being a product from a massive corporation, it also feels less like a commercial than most cinematic adaptations.

Those small details are the true backbone of “Free Guy,” and they extend beyond the video game references. Many of the best jokes from Reynolds and Howery are seemingly tossed-off lines (most likely improvised) that work not only as quips but as extensions of the characters themselves. Additionally, there are small cameos, winks, references and musical cues scribbled within the margins of the movie that help populate this virtual world with a sense of fun and familiarity that makes a story built on well-worn tropes play much better than it should.

A large part of that is thanks to Reynolds, who is arguably one of the few movie stars still around. In almost every one of his projects, Reynolds is essentially playing a “Ryan Reynolds-type,” though this was also true of actors like Cary Grant, James Stewart, Chevy Chase and so on. Each performance is a shade of that same persona, but it’s such a winning personality that it’s welcomed. Reynolds isn’t reinventing the wheel with any of these roles, but he consistently turns in charming performances that are hard to deny. Howery, Comer and Keery are all given moments to shine as well, though the latter two are mostly relegated to being the straight men/expository machines that grant the “Free City” denizens free rein to be wacky and weird. Waititi has some strong moments, but his vapid megalomaniac villain is too one-note, especially for a performer who can create memorably bizarre characters through impressively unique performances.

“Free Guy” has some great action sequences that purposefully build on video game combat systems, but a lot of it is marred by weak CGI. It’s a hard line to draw because all of “Free City” is computer-generated, and so it should be a bit cartoony. But the whole point of Guy’s story is that “Free City” is real to him, and thus the mayhem and violence need to appear realistic to him and the others trapped in the game alongside him. None of the stunt scenes are especially memorable, but they’re shot and cut well enough to be easy to follow and help propel the movie forward in addition to the comedic thrusts.

The main issues with “Free Guy” are from a story perspective, as the screenplay by Lieberman and Penn checks off a lot of expected boxes, incorporating staid script quirks like ticking clocks and Deus ex Machinas. There’s also a development in the final 10 minutes that undercuts what would otherwise be a refreshing take on relationships and personal dynamics — and worse yet, it doesn’t feel earned at all. Additionally, none of the tech stuff is very accurate, as “Free Guy” treats game developers and coders like wizards trying to corral their magic spells. Though the rules of “Free City” are well-established, the real world of the game’s company capriciously changes as the story dictates.

“Free Guy” is a lot of fun and serves as a fine diversion into a world with an enjoyable amount of imagination. It relies on some tired jokes about video games/gamers, and the amount of winking starts to feel like someone using Morse code to call for help, but otherwise, most jokes land well and are surprisingly inventive. The clever nods and cameos are fun to catch as well but won’t leave audiences confused if they don’t know the reference. The cast is also game, even if most of them aren’t tasked with doing much more than performing their specific roles, which is pretty ironic if one stops to think about it.

The real-world aspects aren’t as engaging and are far less tightly conceived, and that creates a tense dichotomy between the two realms in which the story is being told. That tension eventually bubbles over when the film reaches its trite conclusion, which is fitting, as “Free Guy” is all about the exciting possibilities that exist when someone does something unexpected and different. It’s just too bad that the filmmakers didn’t heed their own advice when crafting the ending.