Trending
You are at:Home»Entertainment»Movies»Movie Review: “F9” 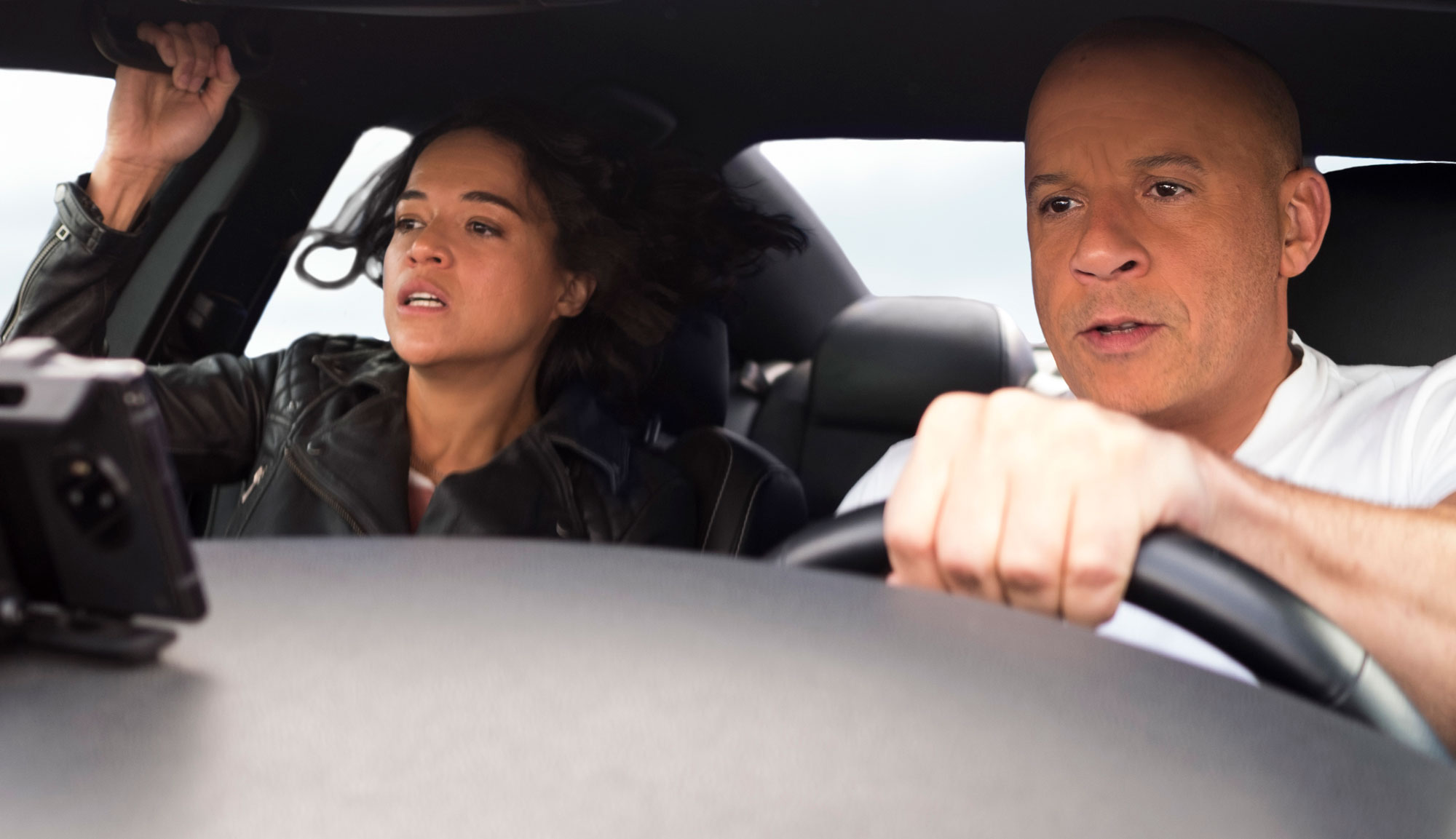 2001’s “The Fast and the Furious” is a fairly forgettable, shameless rip-off of “Point Break” complete with plot points, dialogue and characters lifted from that film’s world of criminal surfers and put into the world of criminal street racers. 20 years later, the series’ tenth installment (if you’re including “Fast & Furious Presents: Hobbs & Shaw,” and you should) is not only its own unique movie but has enough stuff going on to overshadow most other action franchises thanks to a pretty evident why-the-hell-not attitude. None of the characters approach even shadows of actual people, the events of the plot are only marginally connected to each other, and the spectacle onscreen seems to exist in both literal and angry defiance of reason. By all accounts, “F9” should be a train wreck, but instead, it becomes a collision of so many impossibilities that what emerges is a fantastically entertaining movie for which no words can truly do it justice.

After their many misadventures, Dom (Vin Diesel) and Letty (Michelle Rodriguez) are living on a remote farm in the country, raising their child and trying to enjoy a slower pace of life. But destiny will not allow such calm, as their compatriots Ramsey (Nathalie Emmanuel), Tej (Chris “Ludacris” Bridges) and Roman (Tyrese Gibson) roll up with some bad news. Their former employer, Mr. Nobody (Kurt Russell), has crash-landed in a jungle in Central America while aboard a plane carrying multiple pieces of sensitive material, and he needs their help. The crew goes to investigate and quickly find themselves hunting for pieces of a weapon that had been inactivated and split up due to its apocalyptic capabilities. Dom and company aren’t the only ones searching for the weapon, however, as they must contend with a private army of mercenaries led by Dom’s estranged brother, Jakob (John Cena), to recover the weapon and prevent the end of the world.

That is 157 words of plot summary that barely scratches the actual narrative of “F9” and cannot possibly convey the massive amount of joyous moments from this movie that dare viewers to question what is happening. This all sounds like hyperbole, but “F9” is a genuine bit of spectacle in which you can’t simply question one aspect of the film without acknowledging the mountain of other ridiculousness that is stuffed into each scene. Every character is the ultimate badass in some manner, speaking mostly in overly wrought dramatic statements and eliciting looks of awe and begrudging respect. As a result, any comedy lands awkwardly because the conventional joke structure doesn’t work against the sheer volume of madness next to dialogue that seems composed of fortune cookies written by a recently concussed 12-year-old who was told to make the coolest movie ever full of the coolest people ever. So, all of the characters are really good at fighting, rapidly spew technobabble as they hack and disarm a multitude of systems, can expertly pilot any means of transportation, and retain knowledge about (and connections to) vast networks of intelligence agencies, covert operations, criminals, mercenaries and more. This is demonstrated to the audience through scenes littered with stunts that defy expectations almost as much as they defy physics. Almost.

There are impressive practical stunts involving fast cars, explosions and fight choreography, although that latter part is occasionally undermined by too much choppy editing. The CGI also isn’t great for some of the major set pieces, but it’s not so cartoonish that it feels half-assed. On the contrary, “F9” is a whole-assed movie. Director/co-writer Justin Lin never seems to be winking at the audience or conveying that he thinks the level of convolution onscreen is stupid. It’s all played serious and genuine while simultaneously having the self-awareness that the events are patently ludicrous. It’s like Bruce Lee’s “fighting without fighting”; by never turning it into a joke or worrying about ingratiating themselves to anyone with any disbelief, it becomes hilarious, and all of its byzantine absurdity becomes endearing and immensely entertaining.

“F9” creates a world populated by people for whom the easiest way of doing things isn’t just a blatantly stupid approach but also requires a complete disregard of probability, an inconsistent physical nature of reality and other people with the same mindset who are exactly as skilled as they are. When Jakob is falling off a speeding truck, someone goes to help him by sideswiping another car, thus sending it careening and flipping into the middle of the street, so that Jakob can land on that car and jump onto the hood of a completely different speeding vehicle. That wouldn’t be “Plan A” for most people, but in “F9,” that’s just the instinctual reflex when faced with a given challenge.

It feels like the movie’s parents were killed by logic and physics, so now “F9” won’t rest until it exacts revenge on them. The film may not work as well when watching it alone, if only because it requires someone for you to look at with bugged eyes while gesturing incredulously at what is unfolding onscreen. There will be people who find all this nonsense grating or insulting, immediately put off by the sheer tonnage of disbelief that the filmmakers are asking viewers to suspend. It’s not a classically good movie where performances can be analyzed to reveal a hidden pathos previously unexplored or larger themes that make you think, but it would be unfair to say that “F9” works best when audiences “turn their brains off,” an insipid expression that I loathe. The movie knows that it’s breaking the rules, so why not go all-in with the madness?

It’s incredibly difficult to think of another film that captures the giddy sense of enjoyment of a child playing with small cars in a sandbox, constantly making stuff up as they hurl the tiny toys all over the place, more than “F9” — especially one that pairs it with melodramatic plot turns that would out outpace even the most sensationalist telenovela. “F9” singularly creates a world of spectacle and operatic storytelling that hasn’t been seen before and must be experienced to truly understand. It is ridiculous. It is inscrutable. It is transcendent.