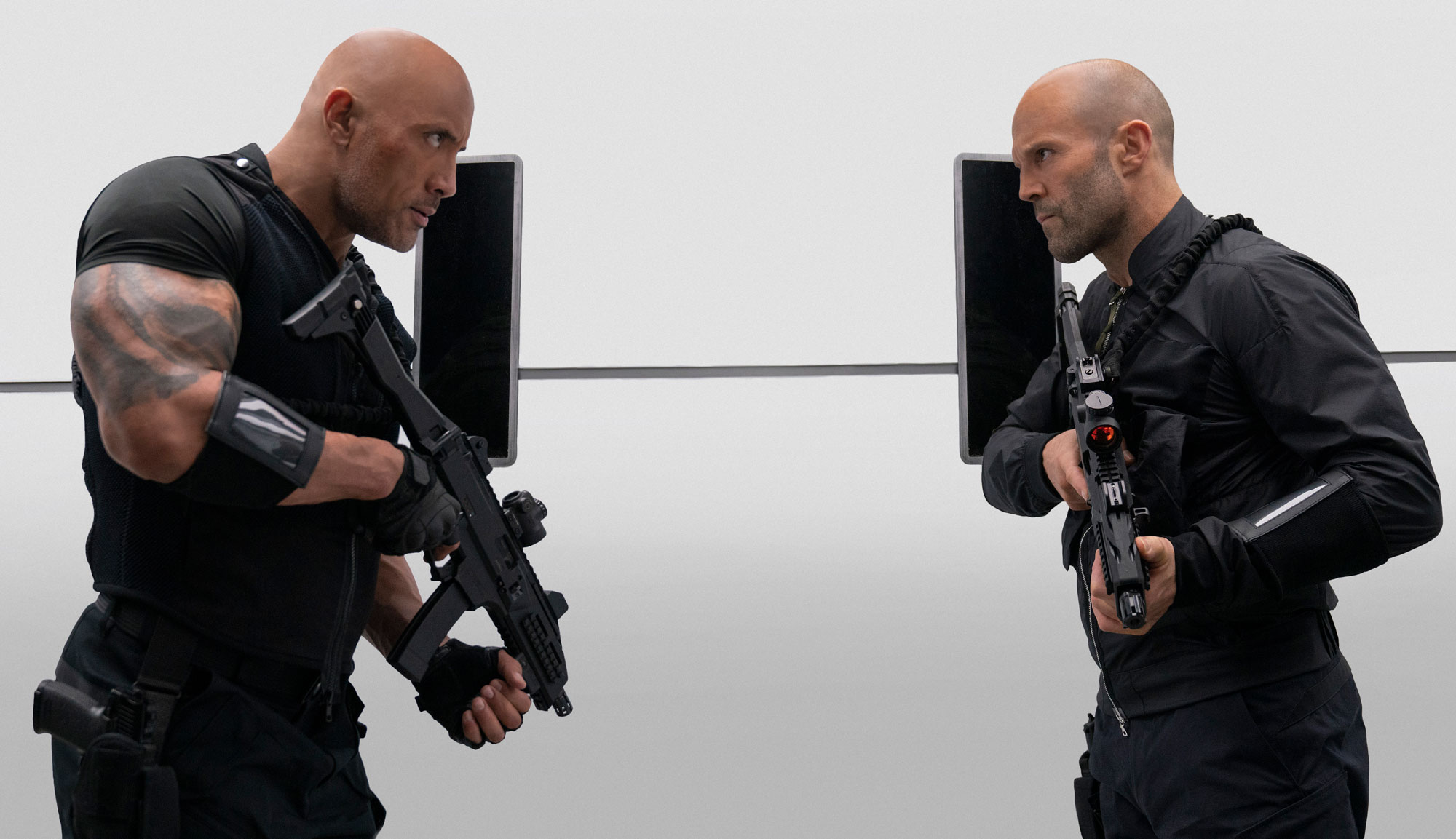 Of all the most popular and successful movie franchises in the world, “Fast and Furious” has to be the least likely worldwide juggernaut. Growing from humble beginnings as a well-meaning if boneheaded series of muscle car fetish flicks into an undeniable cultural icon, these movies have ballooned in size and scope over the years, which, alongside some well-publicized beef between Dwayne Johnson and Vin Diesel, has necessitated fracturing the series moving forward. The screen is just too small for all this high-octane personality. As a result, Johnson and fellow star Jason Statham have forged out on their own for the first spinoff to the mainline series, “Fast & Furious Presents: Hobbs & Shaw,” which also happens to be the first in the franchise that I’ve managed to see.

Unsurprisingly, the movie is all about Hobbs (Johnson) and Shaw (Statham), who forge an uneasy and predominantly antagonistic working relationship when Shaw’s sister, Hattie (Vanessa Kirby), injects herself with an apocalyptic super virus to keep it away from shadowy organization Eteon and their super-powered enforcer Brixton Lore (Idris Elba). The virus is a ticking time bomb set to end the world in three days, forcing Hobbs and Shaw to infiltrate Eteon and steal a device that will extract the virus from her system and neutralize it. Along the way, there’s plenty of room for explosions, fast cars and absurd, spectacular action set pieces.

There’s no mystery to the blockbuster formula anymore. You hire some charismatic famous people, blow some stuff up and layer the script with enough comic relief to keep it comfortably humming along for two hours. Throw in some plans for a sequel and stir to combine. “Hobbs & Shaw” has a keen understanding of this formula, as does director David Leitch (“Deadpool 2,” “Atomic Blonde”), who’s no stranger to franchise filmmaking. Much of the film is more than happy to simply put Johnson and Statham into a room together and have them lob insults at each other until the fate of the world forces them to begrudgingly team up. You don’t need to know what makes these guys tick; this is not some incisive character piece. For the very few people who go into this movie without any previous knowledge of these characters, you aren’t going to miss much. Sure, this movie assumes that you know why they hate each other, but that’s about as far as it goes. Johnson’s a big muscle guy and Statham’s a little secret agent guy (well, not that little, but Johnson is so comically large that he looks downright slight), and that’s all you really need to know to get on its wavelength.

Leitch keeps the action, well, fast and furious, even as the movie seems to be headed for its finale a good half an hour before it actually does. The script unites longtime series scribe Chris Morgan with Drew Pearce of “Iron Man 3” fame, and both have an innate understanding of how to do these things, though it does get a little choppy at times, especially when the insults are hurled back and forth in ways that seem like multiple takes awkwardly stitched together. Johnson and Statham are game for both the action and the humor, while Kirby ably holds her own, keeping things fresh when her co-star’s bickering threatens to wear out its welcome. Additionally, Elba is having a blast as the heavy – charming and dangerous in equal measure like a suave British Terminator. There’s absolutely nothing to his character save for some vague backstory with Shaw, but that’s not the point. Like every character here, he’s basically just a cipher for the charismatic actor embodying the role, but the casting is perfect, so it works better than it should.

The ending surely points to the continuation of this schism, with Johnson and Statham more than happy to carry their torch forward separate from the main “Fast and Furious” movies. It doesn’t particularly mean anything, nor is it ever likely to beyond adding to Universal’s bottom line. I doubt anyone is going to take the time or effort to analyze Luke Hobbs’ motivations two weeks from now, let alone two decades, but it’s hard to deny how damned fun it is to watch. The smartest thing this franchise ever did (or so I’ve been told, at least) was embrace its own nonsense, becoming more “Mission: Impossible” and less “The Italian Job,” and “Hobbs & Shaw,” with its engineered super virus and genetically/cybernetically enhanced super soldier villain, continues to point things toward the stratosphere. It knows exactly what it needs to be and executes it with confidence. Indeed, “Hobbs & Shaw” is a polished, entertaining spectacle – nothing more, nothing less.