Trending
You are at:Home»Entertainment»Movies»Movie Review: “Fatherhood” 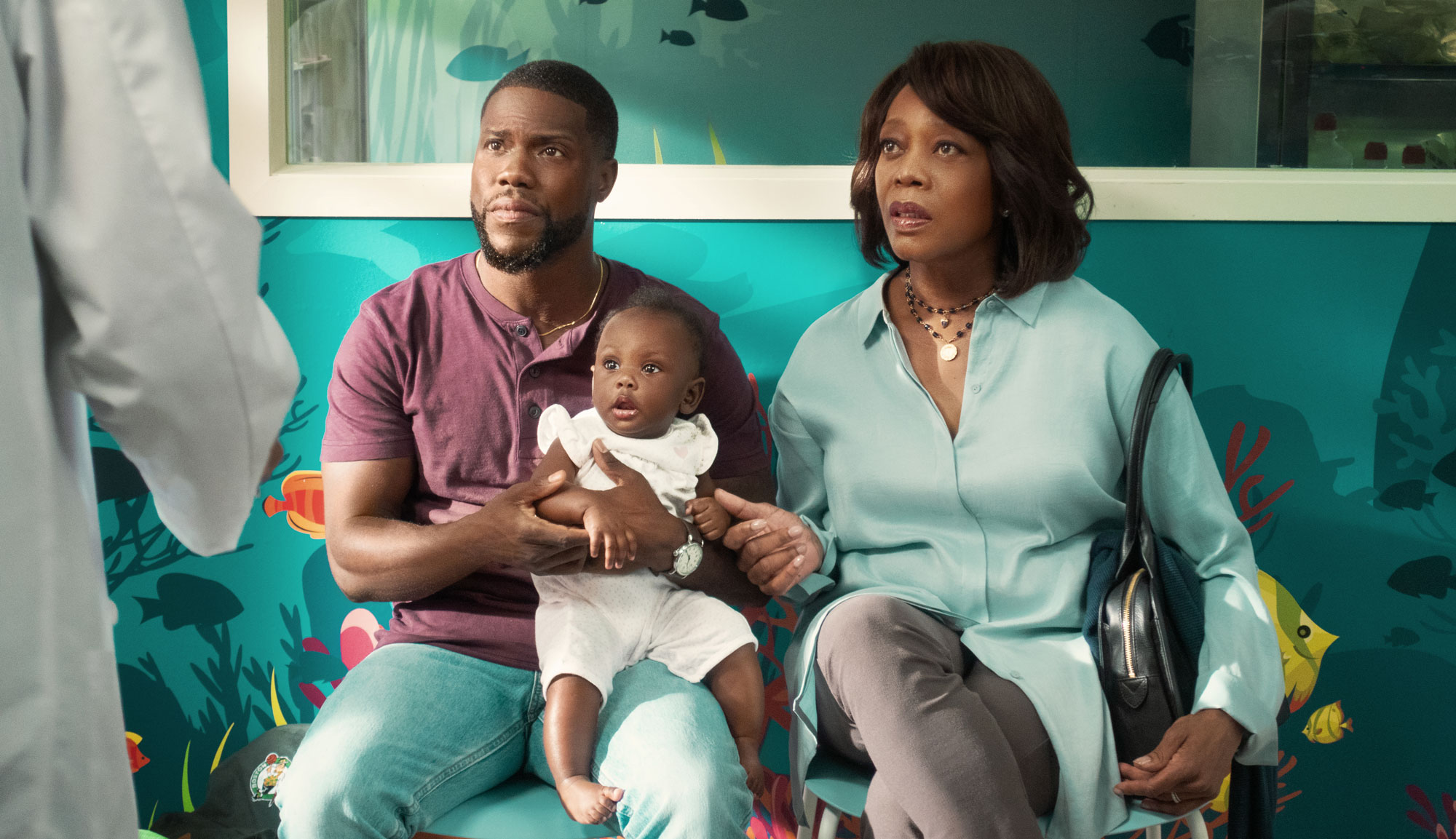 During a creative writing course in college, I turned in a short story that was based on true events in my life. When it came time for my classmates to review it, they pointed out the number of tropes it fell into. I countered by saying that’s actually how it happened, but they raised a good point: just because something is real doesn’t mean it won’t come across as clichéd. “Fatherhood” is based on the blog (and book) by Matt Logelin about his experiences raising his daughter alone following the death of his wife. Some aspects of the story have been changed for cinematic purposes, but director Paul Weitz (who also co-wrote the screenplay with Dana Stevens) has largely stuck to the tale and turned in a fine movie that examines the joys and heartbreaks of parenting. While there are some specific parts and performances that help distinguish it from similar films, it conforms to almost every aspect viewers will expect.

Matt (Kevin Hart) has his whole world completely changed when his wife, Liz (Deborah Ayorinde), dies shortly after giving birth to their daughter. Liz’s parents (Alfre Woodard and Frankie Faison) think that Matt should move back home to Minnesota or that they should stay with him to look after their grandchild, but Matt is resolute that he can raise Maddy by himself while balancing work and more. With the help of his friends (Lil Rey Howery and Anthony Carrigan), Matt slowly figures out some sort of routine as his baby grows into a young girl (Melody Hurd). He begins dating someone new (DeWanda Wise) and continues to wrestle with the insecurities of being a dad, forcing him to question whether he’s really doing what’s best for his daughter or if he’s just trying to prove something.

“Fatherhood” is exactly the movie you think it is. If that appeals to you, then you’ll enjoy it. It’s a light dramedy that has comedic moments where guys are out of their element trying to be fathers without a feminine influence, dramatic moments where a widower is lost without his wife and uncertain about what he’s doing, and cute parts where the father and daughter show their tight bond that makes them work as a “non-traditional” team. This is familiar territory that’s been covered in multiple films, including “Jersey Girl,” “Definitely, Maybe” and “About a Boy” (also co-written and co-directed by Weitz). There’s nothing truly innovative or insightful in “Fatherhood” that can’t be found in many of these other movies. Even though the script is based on Logelin’s real life, it still falls into very familiar territory.

To be fair, that territory is an oft-used formula because there are genuinely winning moments within it. Hart, Howery and Carrigan work well off each other trying to be good friends and successfully raise a child, even though they’re clearly not built for such things. Commonplace hurdles like lack of sleep, assembling child furniture and, yes, diaper changes are featured as always with varying degrees of successful comedy. Since the script is almost by the numbers, the movie’s greatest selling points are found in the cast.

Hart largely avoids his usual manic comedic performance, though all of his common mannerisms are intact when he needs to sell a particular situation as funny. The chemistry between Hart and Hurd is solid, and there is a real lived-in aspect to their relationship that helps sell the emotional moments. Wise is also great as the new love interest who threatens to shake up Matt and Maddy’s world, exuding patience and warmth without becoming a glamorized ideal. Woodard and Faison are saddled with the thankless task of being the quasi-antagonists who doubt the leading man and vie for their grandchild, most likely as a way of sublimating the loss of their daughter, while Paul Reiser does a good job as Matt’s boss despite it being a bit of a stock character.

“Fatherhood” isn’t bad, as it contains some genuine moments of comedy and emotion, but it often feels like something written by a program, with a new conflict introduced or a silly misunderstanding occurring every X number of scenes. There are many people who welcome that familiarity, and there are many more who will find a lot of relatable aspects in Matt’s parenting ordeals that produce laughs and introspection. This overly worn territory never comes off as a cynical gambit by the filmmakers — in fact, it’s probable that everyone involved did so with great sincerity and the desire to tell a moving story about real people experiencing real emotions — but it has few surprises to offer to those looking for a fresh approach to the subject matter or even the genre as a whole. “Fatherhood” has the exact same ups and downs as every other film of its ilk, though the acting certainly elevates it more than others in the field. Though some may be turned off by this type of storytelling, to others, this retreat into a generally pleasant world with its familiar conflicts and resolutions will provide them a respite and a smile.