Trending
You are at:Home»Entertainment»Movies»Movie Review: “The Old Guard” 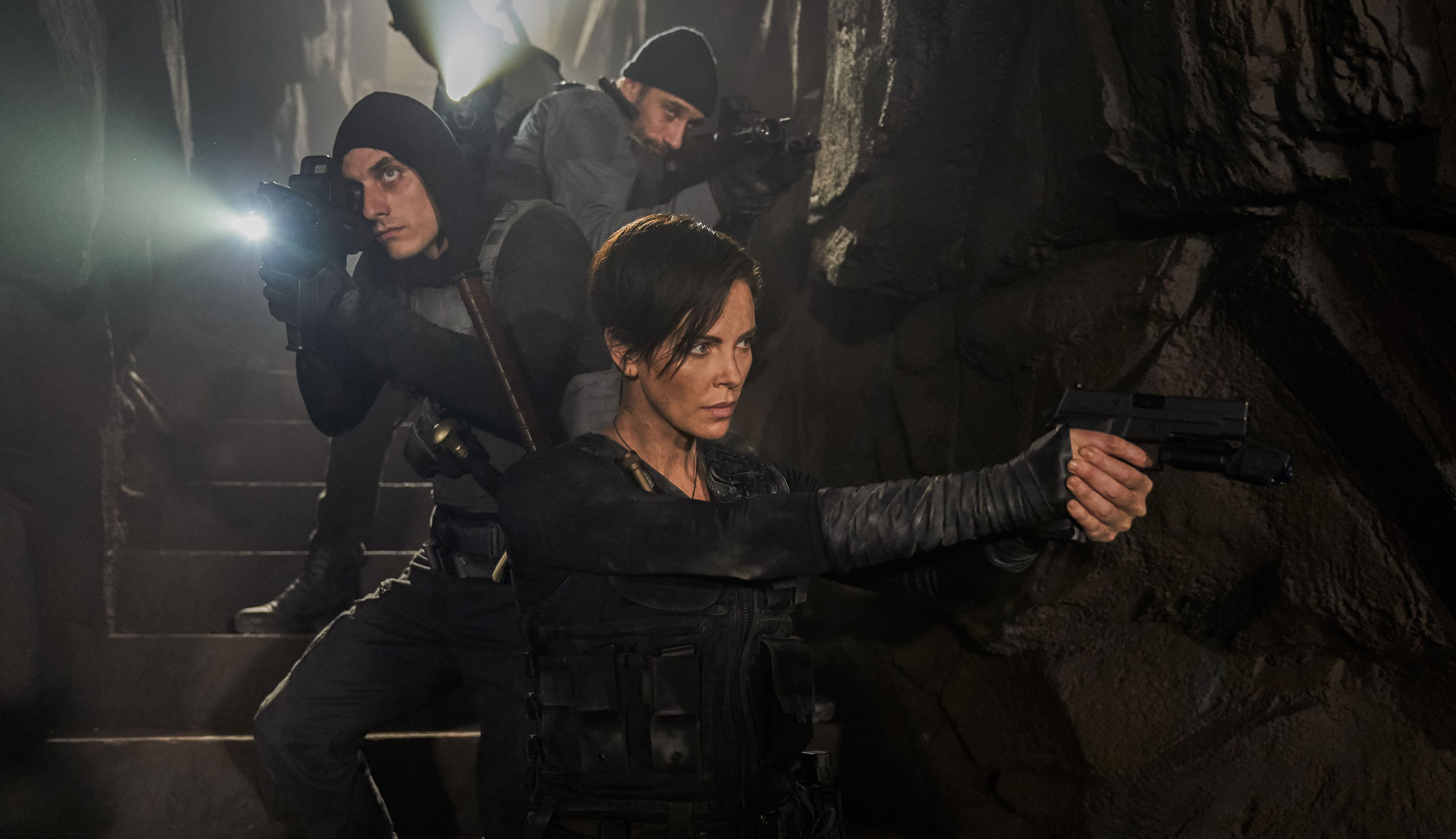 “The Old Guard” is an aggressively average movie. There are a few interesting moves towards changing up some of the formulaic aesthetics of the action genre, but it’s bogged down by stodgy stunt sequences, distracting editing and an awful script that rehashes worn-out character beats and story elements. It’s fine as something to semi-watch while doing chores around the house or catching up with friends — basically anything that doesn’t require your complete attention — but too much of “The Old Guard” feels like old hand.

For untold centuries, Andy (Charlize Theron) and her band of immortal mercenaries — Booker (Matthias Schoenaerts), Joe (Marwan Kenzari) and Nicky (Luca Marinelli) — have discreetly intervened in humanitarian missions that call on them to fight and/or free people before vanishing back into the shadows. They’re not invincible — they can still be wounded, bones can still be broken and they can still feel pain — but they recover quickly. On the heels of their latest mission, the group is alerted to a new member of their tribe when U.S. marine Nile (KiKi Layne) is killed while trying to subdue a hostile combatant in Afghanistan and then miraculously comes back to life, much to the shock and fear of her comrades. Andy agrees to bring Nile into the fold in order to protect and train her, all while a sinister group hunts them down for the secret to their exceptional longevity.

The performances in the film are strong, with everyone truly committing to their characters and injecting a great amount of humanity in a pretty inane story. Director Gina Prince-Bythewood gets exceptional turns from Theron, Layne, Chiwetel Ejiofor and especially Kenzari as they toe the line between being death merchants and soulful people trying to make their way in a world that makes less sense with each new day. It should also be noted that the cast is a welcome change from bland, scowling white dudes. Having Theron play the most badass person to ever grace this planet is a nice departure from the usual hero types, while Layne gets to be a proper action star and not just cannon fodder or bait (unlike most Black women in this genre). It’s just unfortunate that so much talent is wasted on a tired script with poorly drawn character arcs.

There hasn’t been a gleeful immortal outside of Deadpool (and even he got pretty maudlin in the sequel). There are many reasons why these mythic warriors would be morose about the constant decay around them or the sense of repetition in their lives without receiving any semblance of a purpose for why they’ve been “chosen,” but from “Tuck Everlasting” to Wolverine to those sword-wielding “Highlander” folks and everything in between, it’s always such drudgery. It’s not interesting or new, and it’s demonstrated with battle-hardened sayings that are meant to sound tough but are really just annoyingly cryptic and pathetic. That’s what makes Joe and Nicky work so well. They are a couple, having been romantic partners after killing each other during the Crusades, and are given moments of tenderness and bliss where they don’t constantly bemoan their gift/curse like everyone else.

“The Old Guard” also telegraphs every beat long before it happens. That’s not always an important element in spectacle-based movies — audiences tend to know when a betrayal is coming or how the hero will fare by the time the end credits roll — but it all feels so rote and accompanied by these dour expressions that it’s not fun as viewers to wait for the next twist or action sequence. While Prince-Bythewood and her directors of photography, Barry Ackroyd and Tami Reiker, get some beautiful visuals from the many global locations and even some strong shots of the actors doing their own stunts, none of the action sequences are very thrilling or inventive in any way. There is one fight — the requisite match between soon-to-be allies Andy and Niles — that works well by revealing character and using their regenerative properties to an innovative advantage. Everything else is cut up too much in editing to evoke any sort of emotional response.

Prince-Bythewood is a good director, as evidenced by previous work like “Love & Basketball” and “Beyond the Lights,” so it’s a pity that she’s saddled with such a rotten script and lackadaisical stunt coordination. If the performances, soundtrack, locations and production design were paired up with some exciting sequences, an engaging story or original characters (or, dare to dream, all three), this would be an above-average film worth checking out on Netflix. As it stands, “The Old Guard” is not a bad movie, but there’s not enough new brought to the table to make it worth much attention.